I wasn’t sure what to expect next from Benjamin Rivers after his narrative horror game Home. With that said, even in my weirdest dreams it would have been impossible to predict Alone With You. This upcoming title places you in the spacesuit of the last living member of a space colony. “Living” is only a temporary thing, though, as an AI quickly informs you that there’s only about 3 weeks left before the planet you’re on simply self-destructs. Amazingly, there’s an escape pod left — but it’s in non-working condition. Fantastic.

As you might now be expecting, this means the goal is to find out how to repair the pod (as you definitely don’t have that technical knowledge) and then actually get the items required to do so. This leads to both gameplay components of Alone With You with the first being a point and click style adventure. I played via PS4 so there was certainly no “pointing and clicking,” though. I simply meandered around with the analog stick and clicked with a button when an investigation prompt appeared. Although you may be stuck on a planet, there’s tons of areas to explore within it. The demo only allowed for exploring one location but it unveiled both some interesting narrative tidbits as well as a simplistic item puzzle. 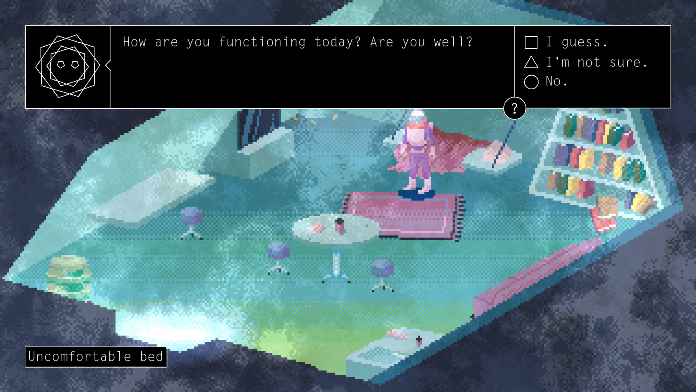 After returning from the expedition is when Alone With You surprised me. There was a point at which I entered a room with a hologram and revealed one of the dead crew members. However, in the hologram she seemed real. She recognized that she was probably dead in reality, at least. The both of us sat on a couch and chatted as if this were an awkward first or second date. She spoke to me, and I was forced to choose my responses. But because I knew so little about her personalities or tastes I found myself concerned about saying the “wrong” thing. It was weird to be on this sort of digital date but even weirder that it made me feel nervous.

The demo didn’t show much beyond that, but gave at least a taste for the basic mechanics of Alone With You. Players will go through days in much the same way each time. Usually they will explore, go on a hologram date, and then sleep until the next day arrives. Sometimes days may change but that’s the general formula. And you know what? It is surprisingly compelling. Much of that is due to the fact that the player is an active participant in the story. Choosing dialogue options does cause subtle changes to the story. Players will even determine just how much of each crew member’s storylines they’ll see by preference. Do they prefer one character to the other? Or do they go forth and date everyone at once? There’s no wrong way to play! 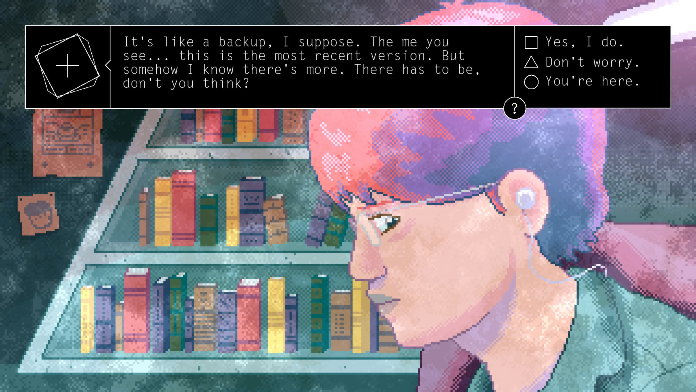 One similarity between Alone With You and Home worth pointing out is the visual style. Again, we’ve got a very atmospheric pixel art game on our hands. I know that many out there have tired of this style, but it works well here. For one, the main color scheme seems to trend toward pinks, purples, and blues which works perfect for an otherworldly local. Beyond that, there’s also some neat pixel texture effects overlaying the screen. It’s a bit like we’re watching the game play out through a smudged or stained window. I promise the effect looks better than it sounds.

All in all, Alone With You is quite an unexpected game. There’s tons of titles that place the player in space all alone but those usually involve uncovering unchanging stories of past crew. Here, the crew might be gone, but you’re still free to interact and discover more about them in a personal way. Alone With You is exclusively coming to PS4 and Vita.