Ever wanted play a realistic, medieval, open-world RPG that has no magic in it? Warhorse Studios has the game for you. Kingdom Come: Deliverance is that open-world that dares to exclude magic. I got a sneak peek at the upcoming game at E3 2015, and I think any fan of The Elder Scrolls or The Witcher franchises has something to be excited about.

The demo I got to see was a relatively early build; the framerate was a bit sluggish, large sections of the environment weren’t in the game, there were quite a few bugs, and the voice-acting was sub-par. However, the game isn’t set for release until 2016, and looks really good for the stage it’s in. Kingdom Come: Deliverance is a beautiful game, wonderfully recreating a Medieval Holy Roman Empire. The demo was running on a beefy PC at 4K looking absolutely stunning. Deliverance is coming to PS4 and Xbox One, and the developer has confirmed that there will obviously be some concessions made to get the game working on the consoles. 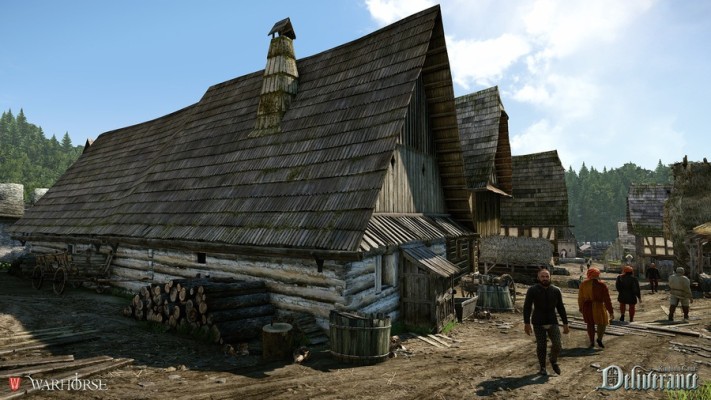 In Kingdom Come: Deliverance, you play as a young blacksmith who has lost everything to war. Fate drags him into a conspiracy involving a kidnapped king, which would inevitably lead to another war. That’s the gist of the main campaign, but players don’t have to rush through it. Much like The Witcher and The Elder Scrolls, players can feel free to wander the world and pick up sidequests. During the demo, the developer opted to wander off from the campaign objective and accept a new quest to investigate a recent murder.

This isn’t going to be a short game by any stretch of the imagination. At launch there will be sixteen square km of land to explore and about thirty hours of gameplay. There will be sprawling cities, castles, forests, and numerous villages to explore, though I was only shown a forest and village in the demo. Warhorse is bringing the world of Deliverance to life by giving every NPC their own role in a community. You’ll see people wondering the streets and doing their jobs during the day, and then see them retreat to their homes at night. This isn’t a new idea, but it’s nice to see such attention to detail. 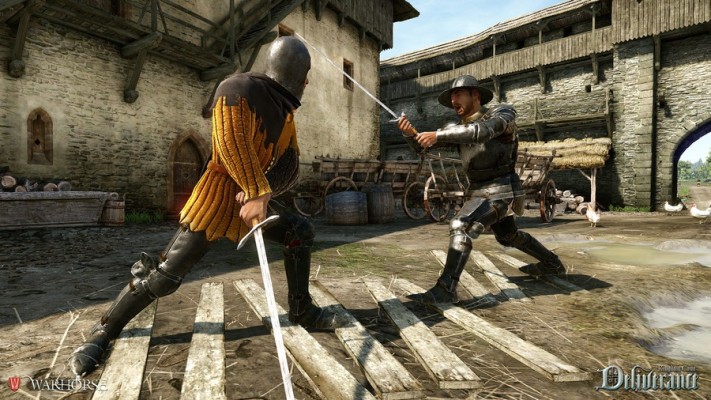 Deliverance’s combat is very unique in the fact that it strives for authenticity. With melee weapons, players will be able to aim at five different spots on the human body; head, right-side, left-side, lower-right and lower-left. To counter, you’ll need to watch the enemy’s animations and angle your sword in the correct direction. Warhorse is working with martial arts experts to nail 15th century fighting, and it looks to be paying off. The swordplay I witnessed looked slow and methodical, but severely intense. One wrong hit and you could die instantly. Kingdom Come: Deliverance is not for those who love to rush in and annihilate enemies with a few well-placed combos. Kingdom Come: Deliverance is, however, for those looking for realistic and strategic swordplay.

RPG lovers have not been left wanting for games recently. Developers and publishers have taken notice that these are the kind of games players want. Kingdom Come: Deliverance is one of these RPGs fans need to be looking forward to. It is as grandiose as The Witcher or The Elder Scrolls, but without the magic. That may seem like a downside, but the intense combat and gorgeous visuals will more than make up for that. Expect to see more of Kingdom Come: Deliverance in the coming months as it speeds towards its summer 2016 release window on PS4, Xbox One and PC.