Once upon a time Sierra were maestros of the adventure gaming genre. They developed multiple series’ which went on to become classics, such as King’s Quest. Now, it has been a long time since we’ve seen one of those games. In fact, King’s Quest: Mask of Eternity came out in 1998. The upcoming King’s Quest revitalization by The Odd Gentlemen is a huge deal for adventure fans. With that said, even those who have never played one of these games before, or in fact any adventure title, may still want to look into this upcoming release.

King’s Quest is not a remake or reimagining. Instead, it takes place before the very first game, King’s Quest: Quest for the Crown, and also takes place far afterward. Basically, the premise is that King Graham is quite old now and spends his time in bed. Luckily, his young granddaughter Gwendolyn loves to come by and keep him company. After all, grandad Graham is skilled at telling all sorts of stories. The game demo began with the two in his chambers as she comes to him with a problem. She is scared about participating in an upcoming tournament, so players must decide what kind of story to tell her. Will it be one of bravery, compassion, or wisdom? 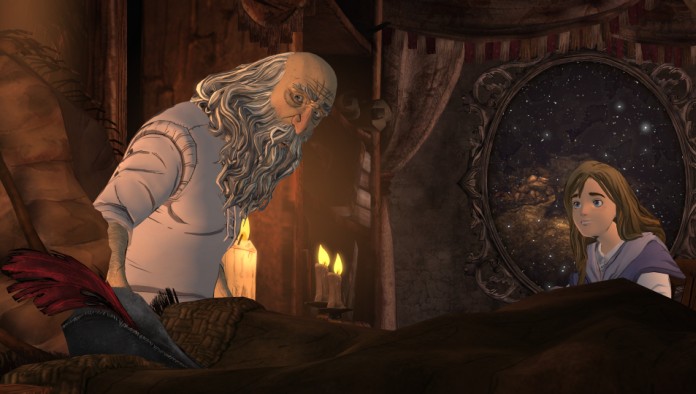 However players begin the story, they are quickly thrust into the past. King Graham is no longer a king — and not yet even a knight! Instead, this is the tale of his quest to become a knight. Seeing as his first act of business is to fall terribly ungracefully down a hill, players know they’re in for quite the challenge. After a bit of exploration, and fast-forwarding by the demo presenter, I was shown multiple puzzles. Interestingly, multiple have to do with broken bridges. The most notable puzzle section displayed was when Graham finally caught up with a parade of knights-to-be. It seems their trip had also been stopped by a destroyed bridge.

This presented a multiple-part puzzle which seemed both fun and to require a bit of creative thinking. I’m not going to go into working everything out, as that would spoil the fun, but it definitely felt like a good level of difficulty for players of varying ages. That’s a huge plus considering that the origins of this title aren’t the easiest out there. The environment is fully 3D with lovely handpainted models which makes it both reminiscent of classic Seirra and a wholly new experience. Of course, the well-known sense of humor of King’s Quest games makes its triumphant return which sets this title on the opposite spectrum of Telltale’s often more “serious” take on adventure stories. 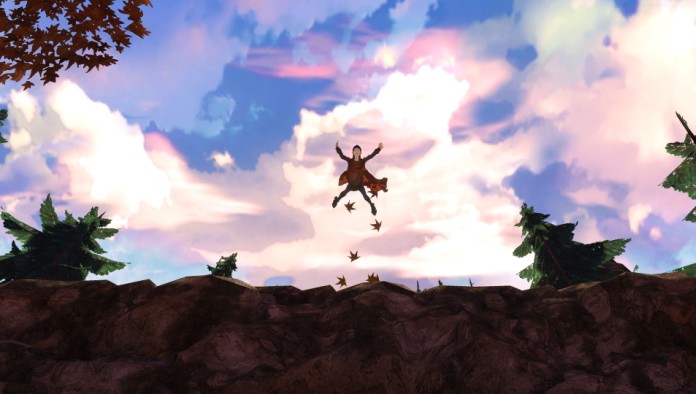 Thus far the love The Odd Gentlemen have for King’s Quest is palpable. They’ve already taken tons of effort just in the graphics department, but also done so to bring tons of neat little secrets to the game. For example, for every wrong item you attempt to use on something else you’ll still get a bit of narration. Trying to go the wrong way (for story purposes) down a path will also reveal silly easter eggs. Of course, there’s also aspects like the voice cast which is full of star power to really help emphasize what a quality release this is going to be. I mean, honestly, Christopher Lloyd is King Graham! That’s just the tip of the iceberg as far as voice acting is concerned as well.

One thing worth noting about the game is that your choices will impact the lessons that are imparted upon young Gwendolyn. As stated earlier, there are three types of stories you can tell her, and these messages change her actions once storytime is over. Although players won’t be able to see the full effect in Chapter 1, these choices will carry on through the five chapter series. It’ll be very interesting to see how different things end up by the end, or if there will still be a general path which most players experience.

King’s Quest: A Knight to Remember is the first chapter players will be able to dig into when it launches in July. It’s hitting tons of platforms, too. You’ll be able to play on PC, PS4, Xbox One, PS3, and Xbox 360.