Disgaea 5: Alliance of Vengeance marks the fifth canonical installment in the franchise, as well as the series’ sixth main console release. While most recent and even upcoming Japanese RPGs on the PlayStation 4 make their way in a less-shiny form on the PlayStation Vita and even PlayStation 3, Disgaea 5 will be exclusive to the PlayStation 4 simply because it needs the extra juice for its lofty design and gameplay ambitions. Disgaea 5 was present at E3, and based on what was shown, this will be the biggest Disgaea yet when it lands on the PS4 this fall.

Alliance of Vengeance isn’t just some fancy subtitle, as it pertains to the plot and even the gameplay. Disgaea 5 has you explore the Netherworld once more, with six main protagonists that act as lords of their respective realms. An evil overlord has decided to venture forth and conquer all the realms and become the sole ruler of all things evil. To rid of this evil Emperor, six demi-gods unwillingly join forces to extract vengeance on this greater enemy.

Vengeance also plays a part in the core gameplay, as the battle system introduces a new Revenge gauge which fills up as the main characters take damage. When fully charged, the Revenge meter provides an opportunity to perform a last-ditch special attack. The type of Revenge attack you perform depends on the combination of characters present at the time. Aside from the new Revenge meter, Disgaea 5 will retain all the gameplay features of past entries, including customary features like the Geo Panels. 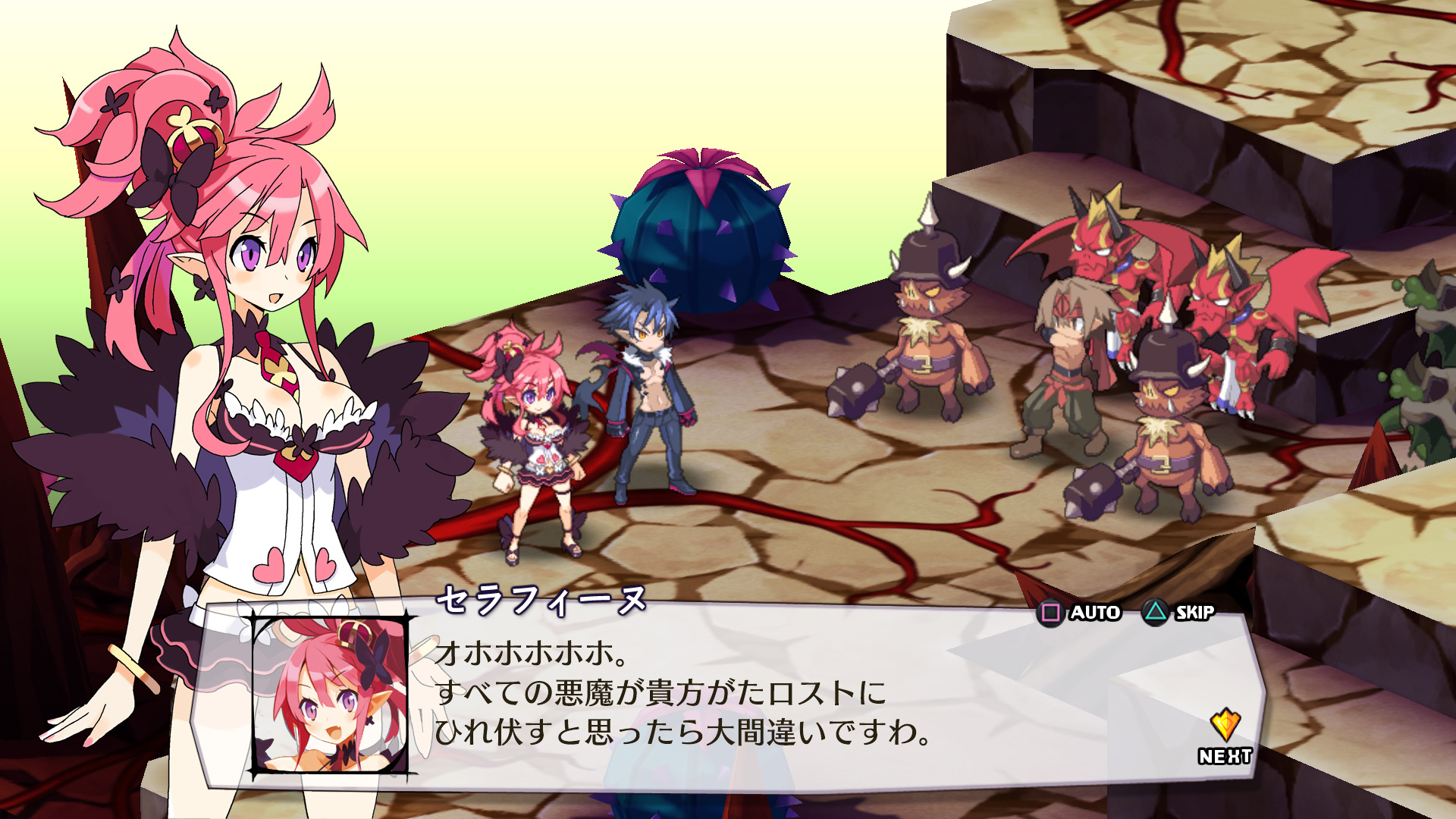 Disgaea 5 isn’t just about the same great gameplay with an extra hook or two, though, and it’s a PS4 exclusive for good reason. Unlike past entries in the series, Disgaea 5 will allow up to a hundred characters to occupy the game map, with the PS4 being put to work to process the A.I. of the increased number characters. There’s obviously going to be a visual upgrade too, but the main reason why it’s a PS4 exclusive is purely because of the sheer amount of gameplay content.

Disgaea 5 is set to consume more hours than any other entry before it, with the basic story mode alone clocking in at 45 hours and spread across 16 huge chapters, and then there’s all the extra optional stuff for players to go OCD over. Fans of the series can expect this to be a lot like the famous Disgaea 2, but of course with a ton of more content.

The game world is presented in epic fashion too, as you witness an almost solar system like presentation of the various realms and dimensions. Fans can look forward to hours of gameplay as they max out their characters and search for exclusive characters and items. Of course, Disgaea’s trademark aesthetic and presentation remains intact here, as well as the dark sense of humor in its whimsical (and sometimes serious) writing. With Disgaea 5 you’re basically going to get more and more of all the good things. 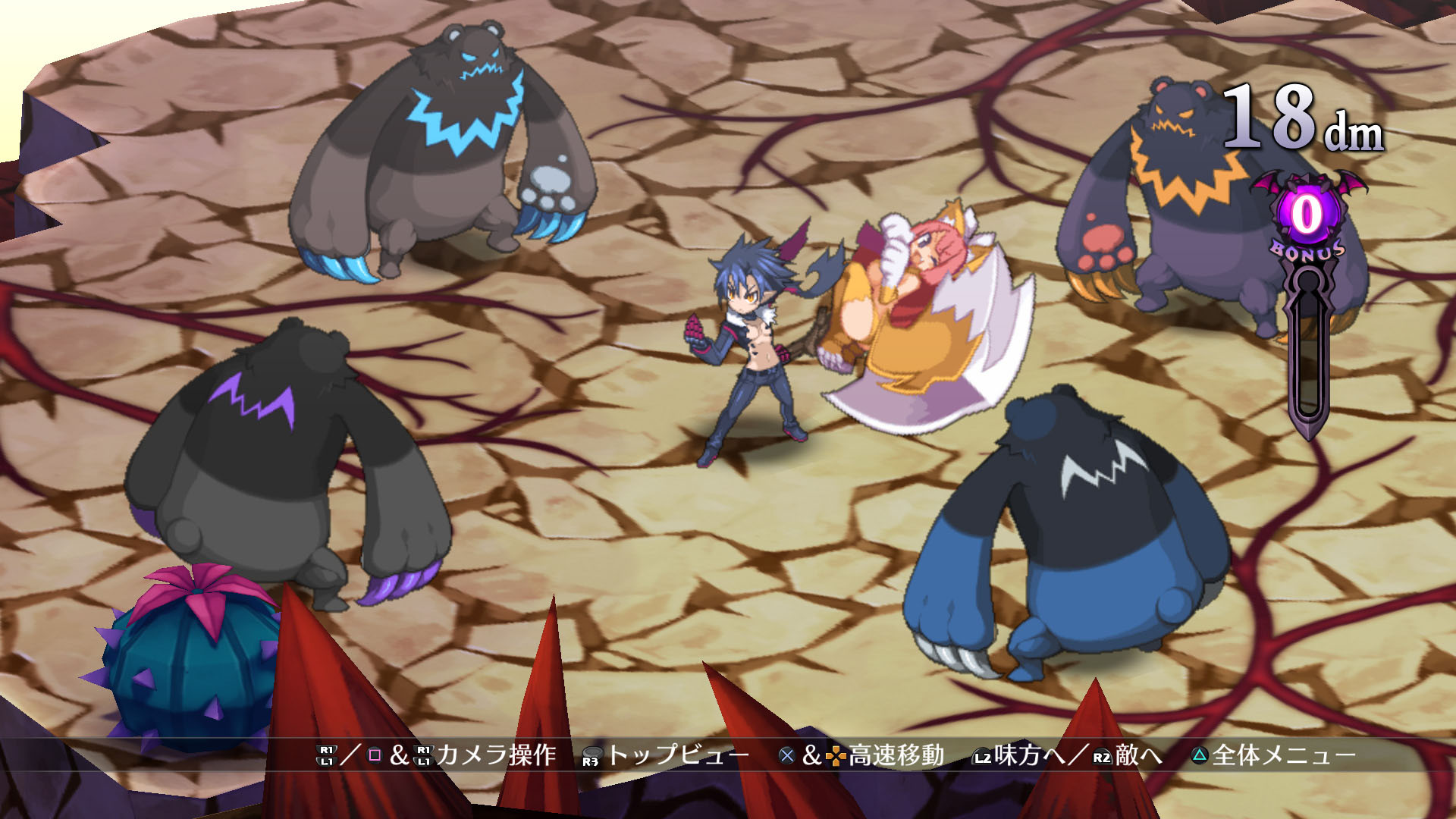 Disgaea 5: Alliance of Vengeance will be a monster exclusive for the PS4 when it lands this fall. NIS America is looking to release DLC content within weeks of its launch, and perhaps also introduce some special limited editions of the physical release.