Hardcore Gamer: What is Rising Tide? What does it add to Civilization: Beyond Earth?

Firaxis: Rising Tide is our expansion for Civilization: Beyond Earth. It’s coming out this fall and adds a bunch of new features to the existing game. Probably the two biggest are water gameplay, allowing you to now found cities in the water and adding new strategic layers and options, and the new diplomacy system. We basically replaced the entire system from the base game adding a lot of new options and features. In addition, there are new aliens, units, affinities, and four new factions.

These new factions, how are they different from the base game factions?

They belong to the same canon so they’re people from Earth who have travelled to settle this new planet. Every faction has a unique ability and characteristics, including these four. These guys have been designed to be a little more extreme as they represent people who came later and from more dangerous circumstances. So they’re unique abilities are, shall we say more unique, a little more focused and a little more powerful than the original eight factions.

In Civilization V, Naval Battles were a big part of gameplay. You could use ships to assault cities and box enemies in. Will naval gameplay in Rising Tide be as strategic, or is it more strategic?

Its very different. You have all the same options as in Civilization V, but have the ability to build cities on the water changes the gameplay drastically. You aren’t just using the water to get from point-to-point or having a battle, it is now equally as important as land combat. You can be land and water-based, or exclusive to one or the other. In addition to cities, there are more units so you’ll still find plenty of naval battles, it’s just that you can now attack land and water cities. 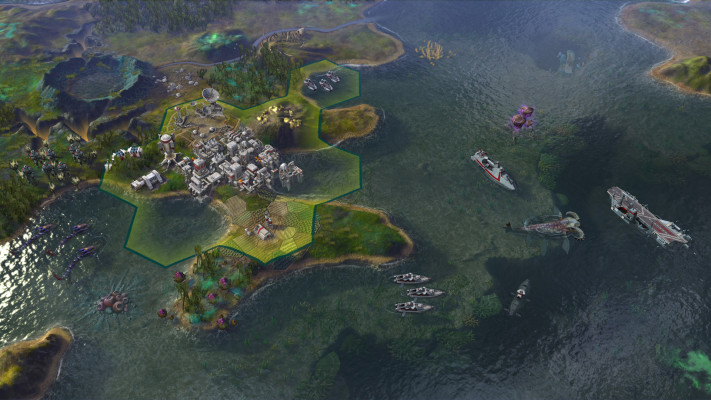 You said there are new aliens in Rising Tide. Are some of these aliens water-based?

So, I think the base games diplomacy really didn’t work because you had no historical characters. Civilization V’s diplomacy operates on the novelty of Gandhi popping up on your screen and talking to you. Without that the diplomacy system, diplomacy the base game didn’t really work. So we wanted to take that out and put something in that had some depth to it, and could support the player’s dealing and trading power, give the characters a platform to express themselves, and allow the player to predict what the AI was going to do. So we’ve done this in a couple ways. First, there’s the concept of personality that’s built as you trade and deal with the other factions. You acquire more personality traits as you play and attach them to yourself, and the AI does this as well. These give your civilization some pretty substantial bonuses and changes how they operate. For example, if someone has the Tycoon Trader trait, then I know that they are into trading and their civilization is going to be much better at trading. Second, we wanted to make the relationship between civilizations more transparent. We get a lot of feedback about players trying to make deals with AI civilizations who say no for no apparent reason. There’s a lot of math going on under the hood that the player can’t understand, so we wanted to take some of these calculations and put them in front of the player. Players can now see what the AI civilization think about you and can react appropriately.

Yeah, in the demo I saw the player use these numbers to incite war between two factions.

You can really play the diplomatic landscape in different ways. If I know that two people that don’t have very good relations and I like one more than the other, I can bolster my relationship with that one faction and decrease the relationship with the other. I’m basically playing a side.

Kind of reminds me of Game of Thrones

[Laughs] Everybody loses when you play the Game of Thrones! You can really augment your play style with diplomacy that you couldn’t before.

Civilization V’s diplomacy system was for trading resources and changing your relationship state. That was basically all that it did. Rising Tide is much more heavy duty, and there’s a lot more to it. 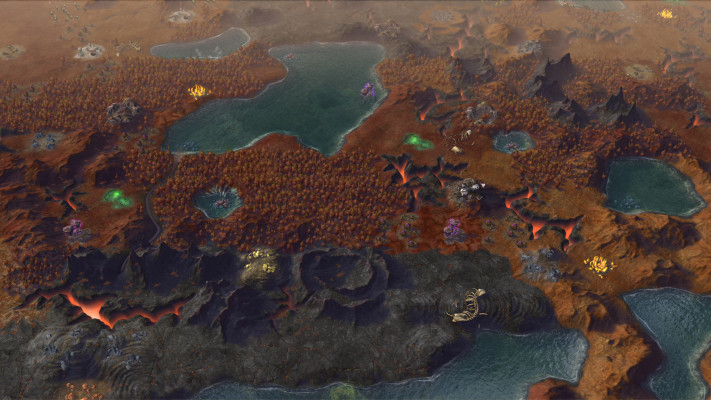 Are there any new victory conditions in Rising Tide?

We don’t have any specific new victory conditions. However, we did take a look at the balance of the base game and readjusted a lot of tech web and changed when and how you can achieve the victory. We also spent a lot of time tweaking how the AI tried to achieve victory. It came down to, “we can either create a new victory condition, or we can make the AI much better at winning the game,” and that was a weakness in the original game we wanted fix.

There aren’t any new technologies, but we have rebalanced the tech web and added more to it by moving where certain things are and expanding the contents on some of the technologies.

Last fall saw the release of Endless Legend, a competing 4X strategy game. Has that game inspired any gameplay or design changes?

We’re huge fans of Endless Legend, we really like the Amplitude guys. There are only a few people in the industry capable of creating games of this magnitude, and their game is really good and has done a lot of interesting things that parallel what we’ve done. Its an interesting ecosystem to work in because I think with the resurgence of PC gaming we’re seeing a lot more strategy games in development, and Firaxis welcomes the competition. Our games are made better when others are innovating and making good games.

Still no plans for PS4 or Xbox One?

[Laughs] Can you imagine trying to port this game?

There was Civilization Revolution, which was released on PS3 and Xbox 360

But that game was built from the ground-up for consoles. It’s one of our favorite games, and was the last Civilization game that Sid did. We really like that game, but there’s no plans to bring Civilization: Beyond Earth to consoles.

Well thanks for talking with me!

Thanks for stopping by!