Heavensward is Square Enix’s first significant expansion pack to the Final Fantasy XIV brand. While some could argue that A Realm Reborn itself was an expansion pack that changed everything for the company, Heavensward builds upon the existing story thus far, while adding a bevy of new classes and enhancements. We were recently able to sit down with Final Fantasy XIV’s director, Naoki Yoshida, to talk about Heavensward and what it means to finally release such a significant package.

One of the biggest aspects Yoshida-san wishes players will take away from Heavensward is, and based on what we have played thus far we aren’t surprised, just how much content this expansion pack contains. “When we created [Heavensward], we didn’t create it as an expansion for A Realm Reborn, per se. We wanted to create it as a whole new game.” While they have an impactful storyline to fall back on, they also wanted players to have a lot of freedom to do as they please, from their crafting and surveying jobs to going on raids with friends. On top of that, Yoshida-san gave mention that they think of Heavensward as a TV series. While A Realm Reborn was the first season, Heavensward is just the first episode of the second season, but it just so happens that the first episode is around fifty hours long. It was their goal to create a game that “has a full RPG’s worth of story.” 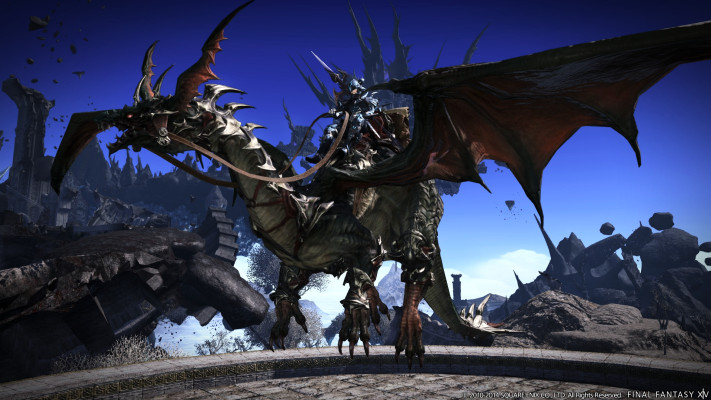 Community is also incredibly important to Yoshida-san and the development team as they constantly check the forums and other FFXIV hubs to get player feedback so they can better improve their product. “If users say there is something wrong with the user interface, we try to fix that as soon as possible in one of the updates.” It’s something the team takes to heart as, especially after 1.0, they want to ensure Final Fantasy XIV is the best it can be for the players. They continuously implement the feedback into updates that roll out on a constant basis, along with larger packs in the content updates and even more so in Heavensward.

The realm of Ishgard has been in the background of the Final Fantasy XIV series since 1.0, so the new design team was able to develop around it easily. Unfortunately, most of what was there was already locked down, not allowing them too much wiggle room for creating their own designs and creations, mostly modifying an existing formula. When asked about the different types influences the story of Heavensward contains, though, Yoshida-san gave mention that, while they aren’t taking its influence directly, events in the real world have inspired the plot in 3.0. It’s the religious-based conflicts the world is going through right now, and it’s somewhat implemented similarly in Heavensward. “History can be perceived differently depending on which country you’re in, the amount of education you have received, and what area you’re from. It’s very different depending on your point of view.” It’s something that’s going on in Ishgard as they fight the dragons while dealing with other matters. 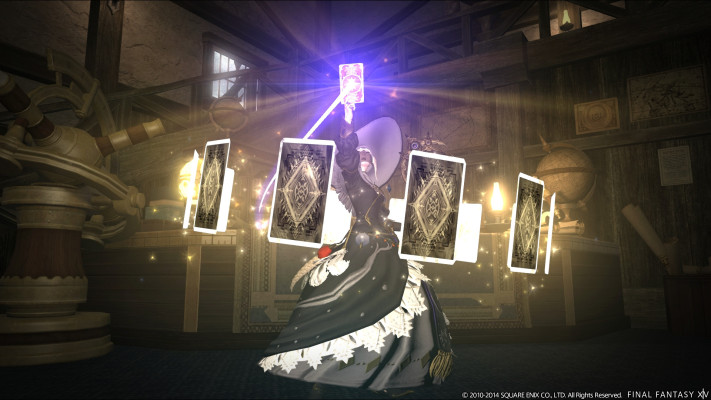 Final Fantasy XIV has gone a long way since its initial release in 2010. It had an incredibly rough start that really damaged the company as a whole, but Yoshida-san was able to push the series in the right direction to make it one of the best MMOs currently available. The biggest accomplishment Yoshida-san has stated is that the team has been able to push so much quality content since A Realm Reborn launched, from updates 2.1 to 2.55, while at the same time working on 3.0. It’s something Yoshida-san thought was impossible to do, but somehow they were able to pull it off. Yoshida-san’s biggest personal achievement, though, is that he has been able to fly across the world, promoting his game, while at the same time running his own team. He’s incredibly busy, so the fact he was able to do all of this while helping create something with diverse content that fans love is a high accomplishment.

As for the future content, Yoshida-san informed us that all of the story elements are already locked down for the entirety of the 3.x lineup. That’s including Heavensward and whatever future patches they release. They aren’t stopping there, though. While they’re continuously develop for the 3.0 model, the development team is already working out the details of what will happen in 4.0’s plot. Yoshida-san even gave mention that Visual Works, Square Enix’s CG studio that spent a year developing Heavensward’s opening cinematic, is already in talks with them to start developing the next CG opening for 4.0. Final Fantasy XIV may be five years old, but the series still has a long way to go, and with Square Enix constantly supporting it, the future is looking bright.

Be sure to stay locked on Hardcore Gamer in the coming week as we review Final Fantasy XIV: Heavensward.