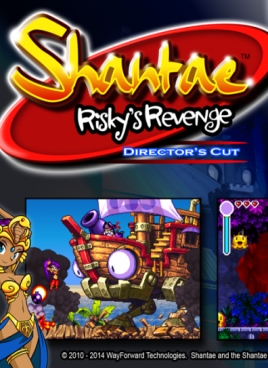 Shantae’s history is nearly as impressive as her games. The original entry in the series was a latter-day GBC release that flew under the radar commercially, but received some of the highest praise for a portable game in its day. The series was dormant for years until a 3DS revival in the form of Risky’s Revenge. It brought the series back home to portables, but left console owners slightly in the lurch. People got used to playing portable platformers like Shantae on their TV thanks to devices like the Game Boy Player, and wanted it on consoles. Luckily, a Wii U release happened as did one for PCs. Now, the series makes its PlayStation debut with Risky’s Revenge.

Risky has returned to Shantae’s home and stolen a magic lamp. In order to prevent Risky from using it to rule the world, Shantae has to grab three magic seals before Risky does. Shantae’s belly dancing may have gotten a bit rusty compared to the first game, but her primary hair whip attack has much-needed range. She can also blast away at folks with fireballs or use other magic obtained from in-game shops to aid her on her quest to rid the world of Risky and save her town. Shantae has some family and friends as NPCs as well as a ton of humor within the dialogue.

Shantae is an action-platformer with a touch of Metroid thrown in there for good measure. Shantae can travel around a hub world that connects the other lands and eventually gains access to a fast travel system. She can gain new powers beating each dungeon, and unlike a regular platformer, these are quite long. There’s puzzles to solve and powers to gain before going through parts of the areas again with new powers to find hidden goodies. You might wind up grabbing some money, or even a ton of money and/or health and magic pickups.

Risky’s Revenge gives you more of what made the original game great, but expands on everything. The levels themselves now have bounce pads that take you from the foreground to several background layers — one at a time, or vice versa. You can reach a dead end on one road and then find a pounce pad to figure out the solution to your problem. Movement is a lot snappier in Risky’s Revenge than the first. Originally, she walked by default and running was a bit cumbersome. Now, she runs by default and the game’s pace speeds up a lot as a result. This makes the series far more accessible, and while the original is still quite good for its time, Risky’s Revenge is the definitive Shantae game. 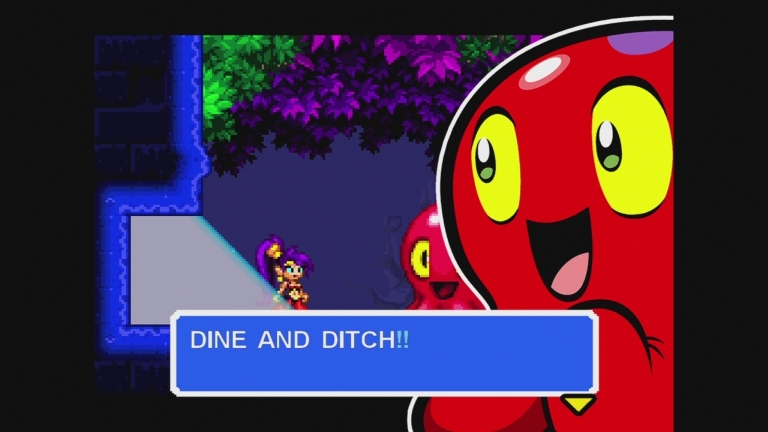 Beyond regular attacks, Shantae can also transform into various animal forms. The little monkey form allows her to cling to some walls and surfaces and squeeze into tight places. Becoming an elephant doesn’t just turn her into my grandmother’s favorite animal, but also provides our belly-dancing heroine with the power needed to smash through obstacles.

Risky’s Revenge controls like a dream with a logical button layout for movement, jumping, hair whips, and melee attacks. Moreover, it’s an impressive game to look at. While most retro-inspired games go for either 8 or 16-bit look, Risky’s Revenge looks like something out of the 32-bit era. You get all of the beauty of pixel art, but with far more depth. While the sprite detail isn’t on par with Neo-Geo classics, the environmental colors are up there with some of the Saturn’s best-looking games. Much like Astal, the areas you visit are lush and full of little details. Trees have moss growing on them, and you’ll see how each branch twists on a tree. They’re small things, but they make the world seem more alive.

The biggest problem in Risky’s Revenge lies in its map. It’s a cumbersome experience that never really shows you where you are in relation to other parts of the world, or shows where they are in relation to other areas. Backtracking is fairly common in open-ended 2D games like this, and for literally 20 years, there have been better options thanks to Super Metroid bringing a map into that series. It’s one thing for this to be an issue in the original 3DS version, but for it to still be a problem in a re-release is baffling. It doesn’t kill the game as a whole, but it does make the world a bit less fun to traverse. 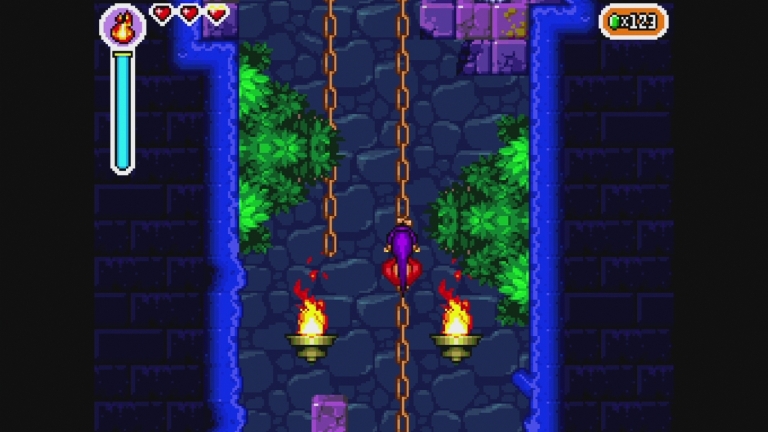 Risky’s Revenge checks every box for quality audio too. The soundtrack is full of music that ranges from intense to relaxing. When you’re in the hub world, relaxing is key. You want to make sure you make wise purchases and then go farming for cash if needed. In battles, you want something that gets you pumped, and while soundtrack might not replace your workout mix, it will have you humming throughout your playthrough. The sound effect work is impressive, with a nice snap for the hair, flame for the fireball and so forth. Everything just clicks in this regard, and it makes the game a joy to listen to from beginning to end. 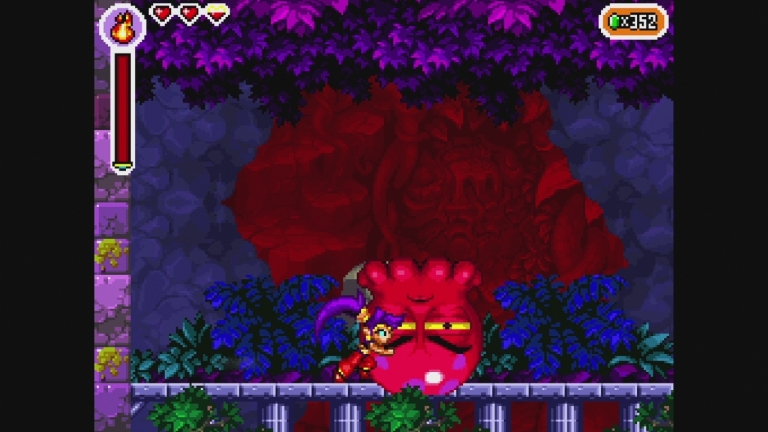 Shantae: Risky’s Revenge: Director’s Cut could have used some help with its map system, but literally everything else is spot-on. Much like Shovel Knight and Mighty No. 9, you get a game that doesn’t just pay homage to 16-bit classics — it would have been revered in that era as well. It’s a smooth-playing, gorgeous-looking game that excels in nearly everything it does, gives platforming fans something to sink their teeth into on PS4.