Fans of the Street Fighter universe and of Street Fighter comics will be happy to know that the popular fighting game series will be getting comic books again in the form of the new “Street Fighter Unlimited” monthly comic series by UDON Entertainment.

The overarching plot of Unlimited will be about classic good guys Ryu, Ken, Chun-li, Guile, Alex, and Cammy squaring off against the Shadaloo organization and Gill’s Secret Society. The new monthly series plans to feature characters from all the games spanning Street Fighter’s 30-year history, surely sporting some fan favorites.

Take a look below at the pending cover of the first issue. Street Fighter Unlimited issue #1 will be out this December for $3.99 and the series will run through 2016. 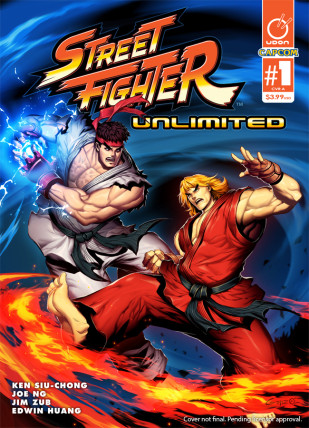