Great news for fans of some of Sony’s iconic franchises: the PlayStation 4 and PlayStation 3 versions of the upcoming Tony Hawk title will feature Sony-centric Create-a-Skater heads.

Tony Hawk’s Pro Skater 5 will allow players to create characters featuring Sackboy’s, Ratchet’s or Sweet Tooth’s heads, meaning that PlayStation 4 could be the lead platform for the upcoming skateboarding game. 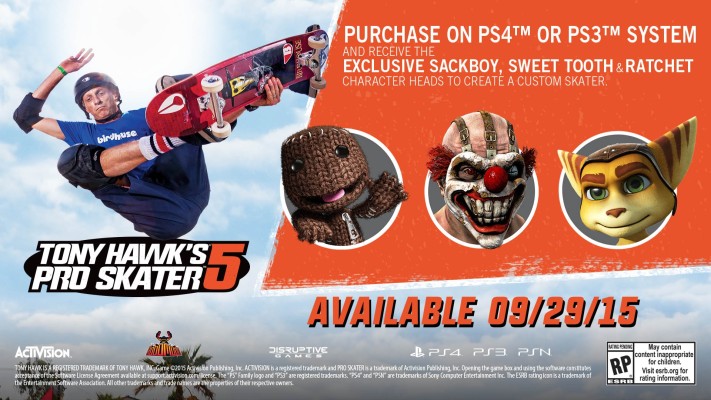 While there’s no word as of yet whether or not there will be any more platform-exclusive content, we do know that there is going to be a significant price difference between the last-generation and current-generation versions of THPS 5. Because there aren’t any online features in the PlayStation 3 and Xbox 360 versions of Tony Hawk’s Pro Skater 5, these iterations will retail for $39.99, $20 less than that of the current generation versions.