A 2D character who is defined by an article of clothing interacts with the environment in a genre-bending fashion.  It feels like we’ve been here before, but honestly that’s where the comparisons between Delve Interactive’s Poncho and Polytron’s Fez end.  Poncho brings interesting mechanics that have yet to be explored by any other platformer, and explores every facet in an amazing depth.

You play as Poncho, a robot destined to save a post apocalyptic world after an unexplained catastrophic incident that wiped out all of humanity.  Without humans, the robots formed their own tribes, each distinctly different than the last.  It’s up to Poncho to decide the fate of humanity using his unique ability to swap between foreground and background planes. 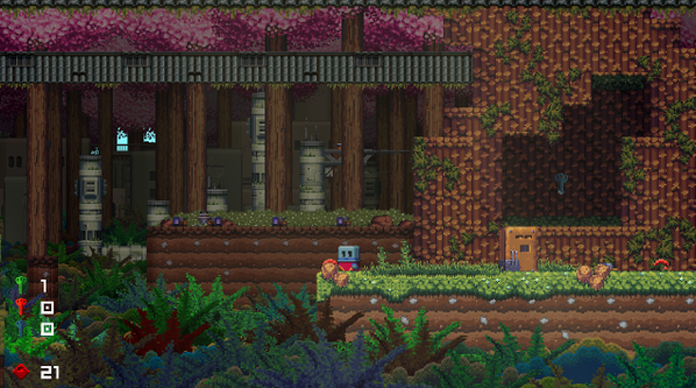 Players control which plane they are on — front, middle or back — transitioning from one to the next using the left and right bumpers.  At its simplest, you’re jumping from one plane to the next, finding the gap to slip into that will take you further towards the goal.  At its most difficult, you’re timing jumps between blocks that transition between forward and backward planes, which sometimes feels more reliant on luck than skill.

The foreground, middleground and background can be swapped between at any point one layer at a time as long as there is a platform on which Poncho can land.  When you’re banging your head against a wall trying to bypass a certain area, there is usually a platform a few layers back that can help you out.  The swapping mechanic adds a surprising amount of depth to the game, basically making the world of Poncho into three different platformers stacked behind each other that between which the player can interact.  Throw in some buttons that move platforms, and you’ve got a surprisingly deep puzzle-platformer on your hands. 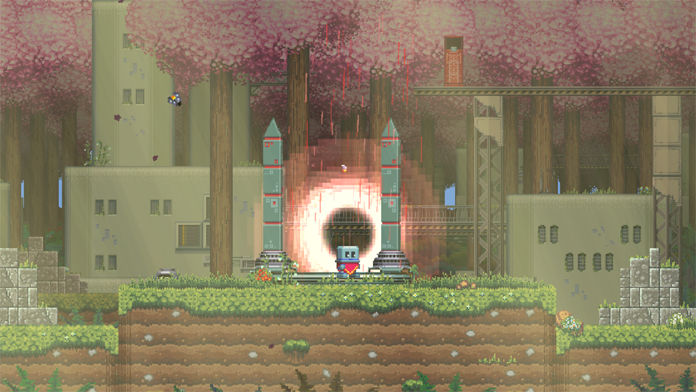 The graphics offered by Delve Interactive are colorful and gorgeous.  Landscapes feel alive, with robots leftover after the apocalypse walking around, wondering about the meaning of existence and such, while leftover creatures dance and react to your footsteps.  The world is much more vibrant than the numerous other post-human world games that inundate the market.

The ruins of the human civilization left behind have been affected by time and whatever destruction left them in shambles, but life still sprouts all around.  Green and red buds, pink leafed trees, and brightly painted robots that claim to be human decorate the environment, and every new level had me wondering what awe-inspiring setting I would come upon next. 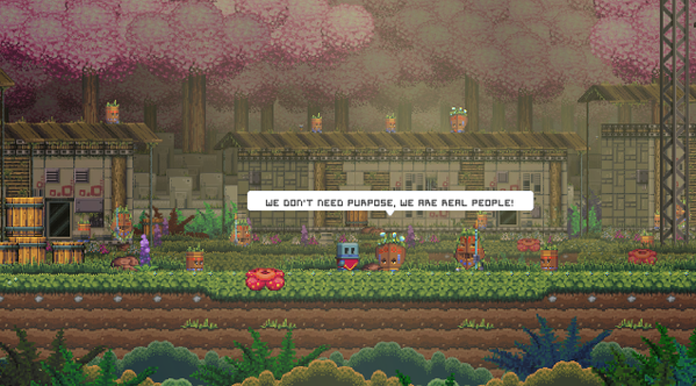 There are plenty of goodies hidden away in the various worlds of Poncho.  Red blips for purchasing items, keys used to bypass locked areas and trash robots that need reactivating to serve their garbage king (my favorite character so far), dot the landscape in spots both obvious and seemingly impossible to reach.

Poncho is an exciting piece of work from Delve Interactive.  It helps to reinvigorate the ever-evolving platformer genre by giving players a new and powerful tool to play with.  You can play Poncho for yourself sometime later this year on PC, Mac, Linux, PS4, PS Vita, and Wii U.