E3 2015 was full of exciting new games this year and there is a lot to catch up on for almost everybody. In commemoration of the one month anniversary since the start of the event, here’s a rundown of all of the new games officially announced at or around E3 in 2015. Be sure to scope our E3 2015 awards to see which of these games are the most worthy.

A new game from developer Bluebyte, ANNO 2205 is a city builder much like Sim City but set in the future. The special thing about Anno is that once you’ve created a big enough city on Earth, you can earn your way to the Moon, and build a city there.

Ashen is a non-linear, 3rd person RPG adventure from Aurora 44 where the main character is just looking for a place to call home. The art style looks great, and it looks like a challenging game, so be prepared. Ashen is also an Xbox One exclusive, so “Indiestation” owners will be sad to see this one slip through their fingers.

The word Abzû translates to “Ocean Of Wisdom” and from what they’ve shown of the game, it seems to earn that name. The game takes place completely underwater, as you explore the depths and dangers of the ocean. It’s from developer Giant Squid, which is comprised of the creative director of Journey, and much of that studio. Abzû is a PS4/PC exclusive coming next year.

Devolver Digital makes a ton of bloody, old school looking games that are nostalgic for people old enough to remember that era, and are new and innovative enough to bring new players in on the action. These three games all have a similar feel, but all have different genres and twists that make them special, just like all DD games.

We all knew it was coming, you can’t stop Dark Souls. But some people thought that FROM Software would show a lot more than they did at this E3. All they showed was a trailer with lots of fire and a giant, giant Knight that was menacing as ever. But it still looked awesome, and the brutal third person action game is definitely coming back, back again to kill us all. Dark Souls 3 comes out in Q1 of 2016, which means anywhere from January to April.

Now, The Taken King is an expansion for Destiny, but it is a $40 expansion that Bungie is saying will add a lot and change a lot for Destiny players. There has been some controversy over the price, but let’s just talk about the game itself. The new abilities look fresh, they have added Capture the Flag mode for PvP, and the story looks good so far, and they hinted at a new raid, so that is definitely exciting for players. Deej will be announcing more and more details as the weeks go on, so we can expect to learn about some of them very soon.

Dishonored didn’t sell extremely well, but the people who bought it loved it. Dishonored 2 looks good visually, and the playable character is actually Emily Kaldwin, the character that the protagonist of the first game was tasked with saving. Corvo Attano, the main character in the first game, will still be playable in some capacity, but Arkane was hazy on the details. Either way, this was one of the most interesting looking games Bethesda showed at their conference this year. Dishonored 2 will come out sometime in 2016.

With all the newly instilled excitement that came out of the announcement of the sequel, Arkane Studios also announced that they would be remastering the original stealth game and throwing in all of the DLC packs along with it. If you have never played the game, it’s like a dark, magical, first person Assassin’s Creed, and definitely worth a try. It comes out August 1st of this year, giving you just enough time to play it all before the second one arrives.

Dreams may not even be a game. It seems more like a virtual art studio where you can create obscure sculptures and animations, and maybe even games out of your new creation? It seems like the possibilities are pretty boundless, but it may not be for the less creative. Media Molecule has always made peculiar little games, from Little Big Planet, to Tearaway, but it seems like they’ve gone farther than expected this time. But maybe it will be the greatest thing ever! Sony showed it off at their conference, and the speaker from Mm was using the motion controls of the Dualshock controller to sculpt clay. Don’t take confusion for disapproval, though, because Media Molecule has always been unabashedly creative, and it would be naïve to think that they would stop making tremendously weird games any time soon. 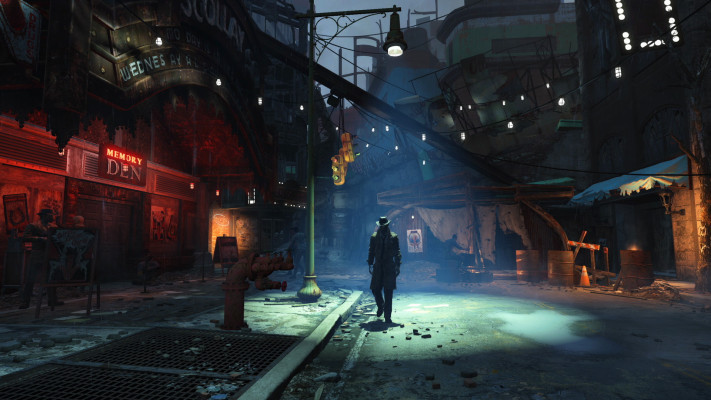 The one you’ve been waiting for. Fallout is Betesda’s golden child, and with every installment of this franchise, people just go nuts. Although the game didn’t look very “next-gen,” it made up for that in it’s gameplay, the new crafting system, the insane character creation, and the gigantic map that they have created. From what they’ve shown us, we know that you can play as either a male or a female that is the soul survivor of the last Vault. There will be narrative points in the game where you play in the past, before the Apocalypse, but most of the game will be played post. This is also the first Fallout game with a voiced protagonist, which is either good or bad depending on your point of view. So far, Fallout 4 is living up to the hype, let’s just hope Bethesda can pull through. Oh, and by the way, this game comes out November 10th of this year, so that’s pretty amazing.

Pretty much one of the only “and it’s out right now” announcements this year, Fallout Shelter is an iOS and Android game where you are the chancellor supreme of one of the Vaults, and you assign your little dwellers to different jobs based on what they’re good at. Your goal is to keep a steady amount of food, water, and electricity flowing into the Vault, and to keep your dwellers happy. Things will get in your way, though, like raiders, radroach infestations, and shortages. It’s pretty fun, and the dialogue between dwellers is hilarious, but other than that it’s just another castle builder.

Back in December at Playstation experience, the guys at Square Enix said that they would be rereleasing FF7 to current-gen consoles, but they didn’t say they would be changing anything, that it would just be a port. People didn’t like that very much, but little did they know that they were waiting until E3 to announce that not only were they porting it over, but it would be a complete redesign of the entirety of the game. This is definitely a huge step up from a port. They will be redesigning the combat system, the story, the art style, the graphics, and people went nuts about this. And from the CG trailer shown, it looks like they could do something pretty special with this game.

This game is already out in Japan, but now it’s coming to the States with an English dub and subtitles.  Other than that it is a new Fire Emblem game coming to Nintendo handhelds sometime in 2016. 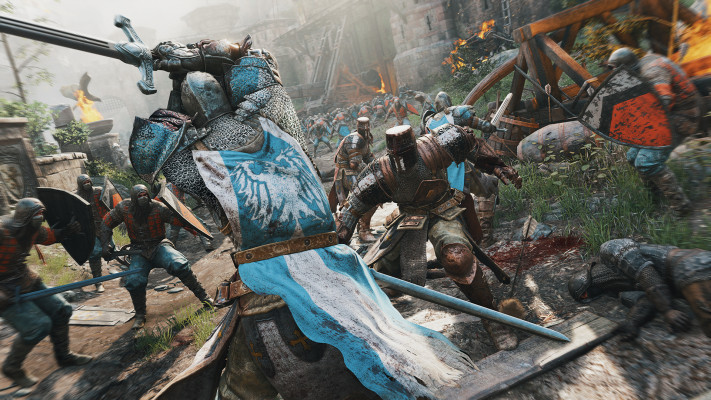 For Honor is Ubisoft’s newest franchise that is kind of in a genre all it’s own. It is mainly a multiplayer melee game that pits knights against vikings against samurais. The matches will be filled with warriors, but only a few of them will be real human players. The game is set up 5 versus 5, and whoever kills each other first, or takes care of some objective, wins. From listening to people who got to play it, it sounds like a mix of Dynasty Warriors and Bushido Blade, where when you’re attacking NPCs, it’s more like the former, and when dueling a real player, more like the latter.

The next installment in the Xbox exclusive franchise promises to go back to the survival horror-esque roots. Taking cover and shooting over your shoulder at monsters are a given. They have not released much about the story of the game, but from the trailer/gameplay, it seems like it could be a prequel to the original games. So far, though, none of the original characters have been seen.

This is one of the more peculiar games to be announced at E3 this year. It is the age of remastered HD 60fps collections, but that’s just it, this is not a collection, it is just the first game. Albeit it is a redone version of the game, it’s just one game, compared to the God of War Collection, the Nathan Drake collection, or even the Dishonored Definitive Edition, which includes all three of the well-received DLC packs. It just seems weird that they would not include the other two Gears games in this Ultimate Edition, but maybe it will be amazing and get everyone pumped for Gears 4.