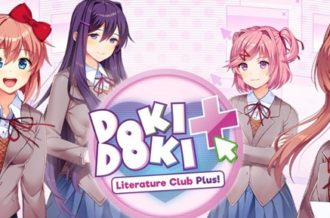 Doki Doki Literature Club Plus Announced for Launch this Month

With a Summer 2015 time frame, knew it would have to hit soon, and Atlus today has indeed announced that Dungeon Travelers 2: The Royal Library & the Monster Seal will be released on August 18 exclusively for PS Vita. More still, following the announcement of the game’s basic classes, the advanced classes were revealed.

And remember, there’s near-penalty-free ways to experiment with these new sub-classes. You have the option of resetting the character’s skill points and redistributing them as you see fit. Drop all those points into a new skill to see how it performs at max level. Doesn’t work well in combat? Reset and try something new. Characters will always be reset to level intervals of 15, allowing players to try something new if it doesn’t fit in with their party’s composition. Because they’re sub-classes instead of a true new class, players can experiment with hybridization to find plenty of viable combat synergies.

Check out a list of all the advanced classes and a trailer showing them off below: