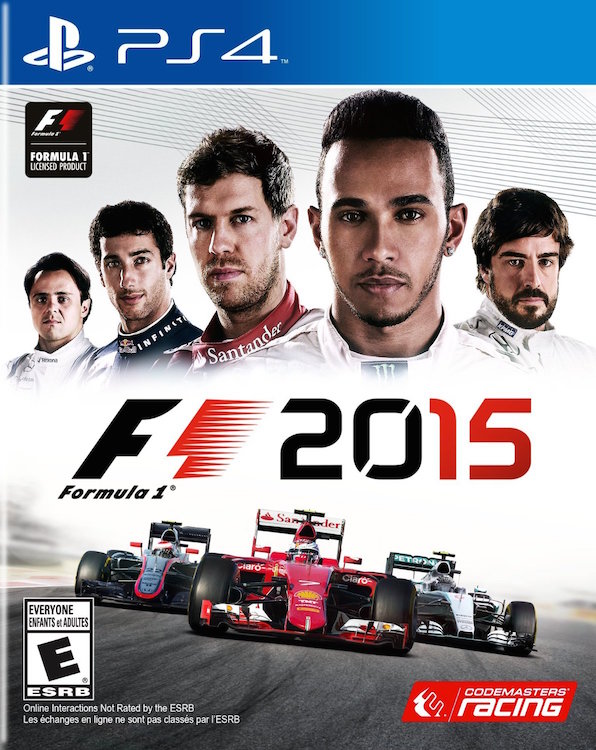 Codemasters finds itself in an interesting position with F1 2015. Although most every game in the F1 series has been released in October, F1 2015 is being released in July, just nine months after the release of its predecessor F1 2014. More still, F1 2015 includes the 2014 F1 season, essentially rendering F1 2014 pointless and obsolete. This is a risky move considering that F1 2014 was a full priced game and F1 2015 is a completely new full priced game leaving those who purchased its predecessor in the lurch. With many fans understandably miffed, it’s going to take more than a new coat of paint to F1 2015 a worthy purchase.

Unfortunately, there is no Career Mode in this installment. While the exact reason for this is unknown, it’s been rumored the reason is that Formula One Management (FOM) doesn’t like deviating from the realism of the sport, as the mode allowed actual drivers to switch teams and players to work their way up on the track. A more cynical viewpoint is that because of the incredibly short development cycle (unless Codemasters has been working on the game the past few years and simply threw together F1 2014 as filler, but surely they wouldn’t have done that, right?) and time it took rebuilding the engine, there simply wasn’t time to implement the mode. Thankfully, however, there are two similar modes that take its place and allow the title to be more than just random racing. 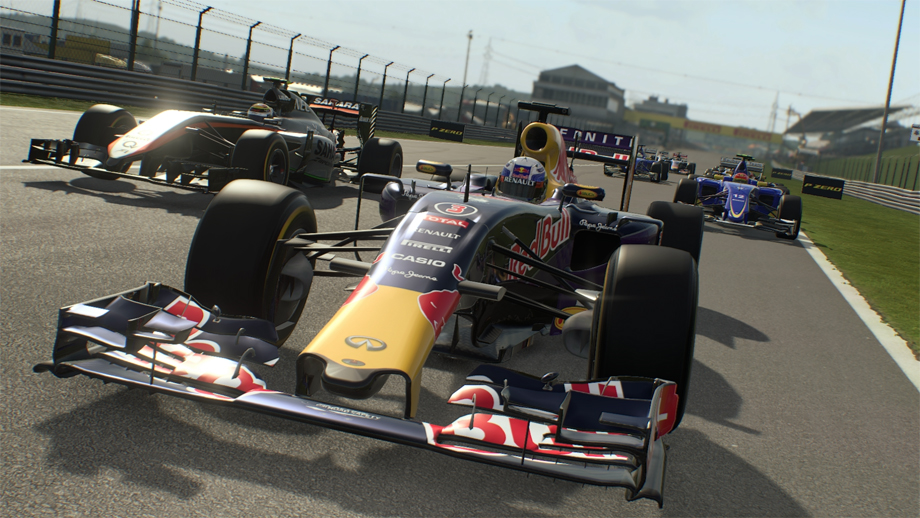 While Championship Season works well enough, Pro Season is the main draw and a decidedly neat addition for racing veterans. Giving a real racing experience, the mode features a forced cockpit view and removal of the on-screen display. With no information on screen, players must actively listen to their race engineer. Especially for those using a wheel peripheral, this mode goes a long way to truly make one feel as if they are in a actual F1 race. Both modes have events across five continents, allowing players to get a taste of the world’s most famous tracks. 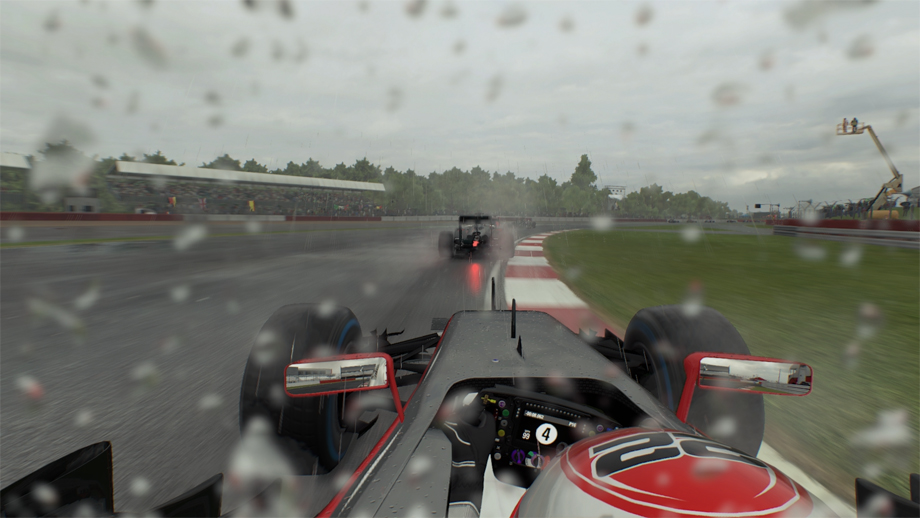 Of course, you won’t actually be seeing much of these countries as the majority of what’s screen on the screen is pavement. This has always been an issue with track-based racing games like NASCAR and F1, as while games like Need for Speed or Forza take place in the middle of lush cities, there’s simply not a lot to work with on the track. Still, while serviceable, buildings in the distance and spectators tend to look a tad crude. Understandable for a series that took nearly two years to come to current-gen, visuals are clearly not the focus here. The increased resolution and framerate increase realism and the cars look nice, but the environments and screen tearing hold it back when compared to most other racing games of the generation.

As always, however, this remains a series that’s not about being a hardware demo disc with glistening environments and non-stop car porn, but instead about simulating authentic laps of F1 racing and in that sense it’s a success. Even though Codemasters has a corner on the market, it’s for good reason. Besides Sony’s long-dead series, no other racing game has come close to offering the same quality of simulation as the F1 series does. With multiple driving and control options, cars control exactly like expected to and the physics improvements in the new engine make it all feel better than ever. 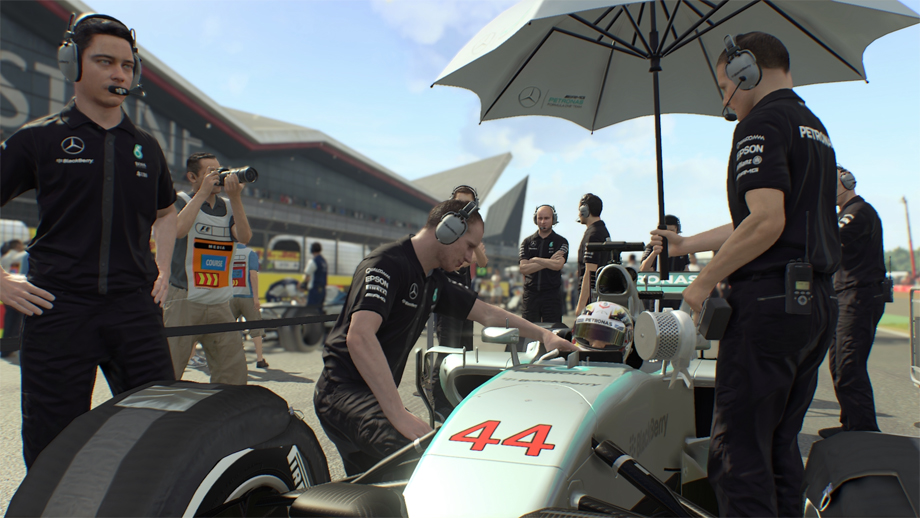 Codemasters has lost a lot of goodwill for their F1 series in the past few years. In a perfect world, everything here (minus the updated racing info, of course) would have debuted last year as F1 2014. Alas, we now have two F1 games released within mere months of each other that both feel incomplete. F1 2015 does restore much of the goodwill to the franchise, however, as it proves Codemasters’ current-gen engine is a worthy successor that makes racing feel more realistic than ever before. Unfortunately, the visuals aren’t as advanced as they could be and a proper career mode and classic modes are sorely missed. Hopefully Codemasters reverts to October releases and spends the next year and a half crafting an F1 experience as complete as possible. Until that (hopefully) happens, F1 2015 is a fine title that shows Codemasters is still committed to the series.