Microsoft is using their newly found backwards compatibility to their advantage. At gamescom today, Microsoft announced that those who purchase Gears of War: Ultimate Edition will receive all four Gears of War titles free of charge.

This promotion will run between August 25 and December 31, 2015 and will be exclusive to those who play the game on Xbox Live at least once. This certainly is a nice incentive as it’s an easy way to introduce a new generation of gamers to one of the most defining Xbox 360 series. Gears of War: Ultimate Edition will be available August 25 exclusively for Xbox One. 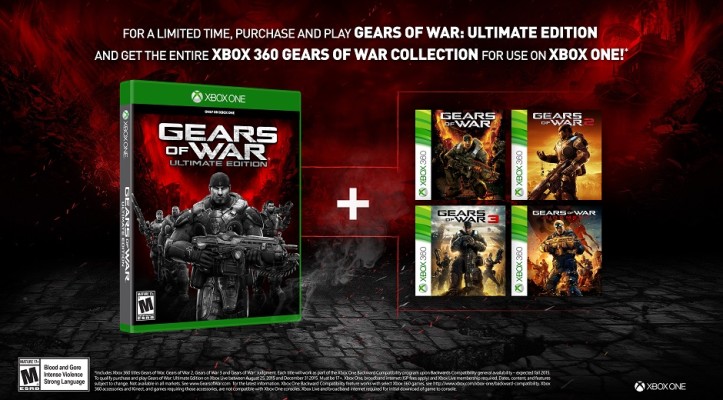