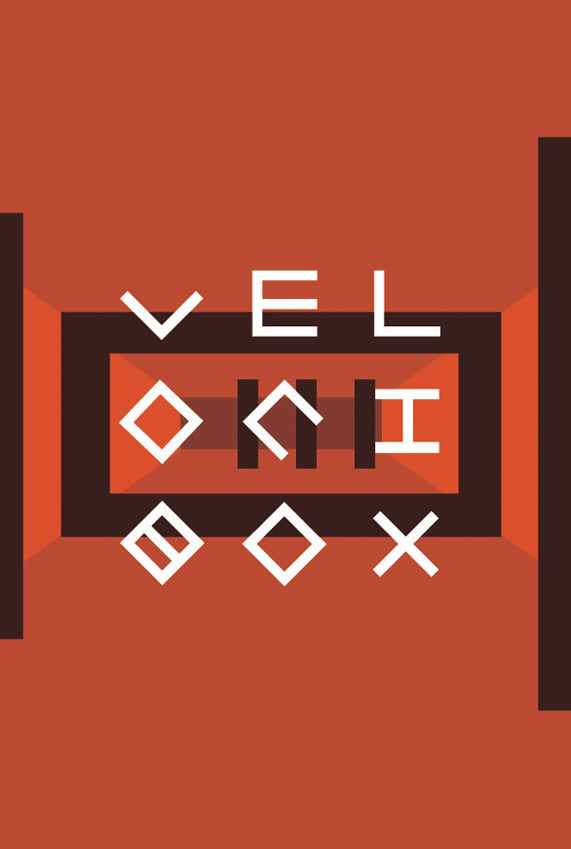 Velocibox is a game where you control a little orange box as it hurtles down a tunnel filled with obstacles ranging from stationary columns to expanding columns to spinning columns. It’s your job to guide the box around, avoiding obstacles and collecting scattered cubes to increase your score and advance to the next stage. You can push the box left and right, onto walls, and with a dash of VVVVVV, you can flip the box onto the opposite wall with the tap of a button. As you’d expect, the stages get faster and more unpredictable as you progress, but don’t expect Velocibox to start slow and gently ramp up. There’s a quick tutorial to introduce you to the controls and concept, but following that, there’s an excellent chance that (like we did) you’ll die about 50 times on the first level. To coin a phrase here: live, die, repeat. That’s the name of the game here, folks. If you’ve played Super Hexagon, you should be pretty familiar with the particular brand of immediacy Velocibox offers you in death; if not, well, you’ll have an easier time getting a refund on Steam.

Here’s the problem with Velocibox: it really, really wants to be Super Hexagon, but it doesn’t seem to understand what exactly was so great about that game—its absolute simplicity. Super Hexagon is pure Molly to Velocibox‘s muddled Ecstasy. Sure, both will get you high, but you’re only really going to have a good time with the former. Super Hexagon is a two-button game. Left and right, that’s it. It’s a flat plane where danger creeps in clearly from the edges of the screen, changing and morphing as it closes in all around your tiny triangle. There’s nothing to it but you and your twitch reflexes. No complications. No collectibles. Velocibox is a three-button game, and therein lies the problem. It demands you to keep track of too much: there’s pillars, walls, spinning pieces and surfaces you can’t touch. You can move along walls and launch across to the other side, which reverses your perspective in an instant. There’s distinct, recycled patterns and level designs you’ll need to learn to recognize. It’s a lot. Most of it feels out of your control, unlike Super Hexagon where even the most unpredictable obstacles feel within your grasp to avoid. The crucial difference, though, is that while Super Hexagon simply asks you to stay alive in the midst of chaos, Velocibox demands you also put yourself in constant danger to collect silly cubes to advance to the next stage. 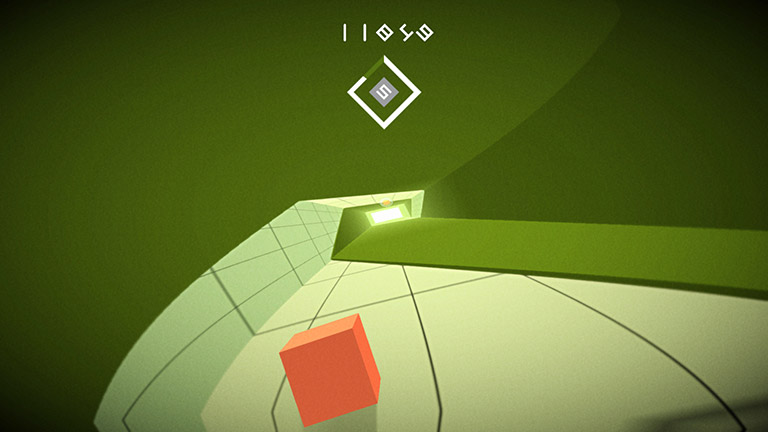 The cubes mark the fundamental difference that keeps Velocibox from reaching the same heights as Super Hexagon; remove the cubes and focus on basic time survival like the latter game and most of Velocibox‘s design problems disappear in an instant. It often feels like you’ll luck out with runs through a given level: sometimes you’ll get a string of three easy cubes in a row to instantly put you within arm’s reach of the next level; other times you’ll die repeatedly on the same pattern. It’s impossible to know how things will shake out. As a result, Velocibox is the kind of game where there’s no joy in progress, only relief that you’ll never have to do that again. A perfect run from beginning to end takes a little over a minute to complete, but it’s easy to imagine that many players could spend days banging their heads against the wall to get past one stage. It took us a little less than an hour to clear the first nine levels, but once the harder “Super Velocibox” levels open up, it became a real struggle to stay motivated.

Velocibox at least has a strong aesthetic to carry it. It’s a simple, clean look that gets a lot of mileage out of its tunnel vision effect and its poppy color palette. It looks like the kind of game you could imagine Faith from Mirror’s Edge playing on her phone between runs. Objects of interest stand out against the plainer background environments in an effective and attractive way. Really, it’s a game you might find yourself wishing you could just look at and appreciate rather than have to play yourself.

Even with the game’s simple style, though, it can’t keep the kind of rock-solid frame rate a game like this absolutely needs, and we experienced several clear moments of hitching that led to failure. There’s also a slight but distinct input lag that—combined with the inconsistent frame rate—makes timing specific movements unpredictable at best. Most of our time was spent with the PlayStation 4 version, but our time with the PlayStation Vita version was especially disappointing. The game’s art style leans heavily on how smooth it looks and feels, and neither aspect holds up in the transition. The sharp lines of the console version become both jagged and blurry in motion, and the game’s dodgy technical performance is exacerbated to the point of becoming nigh-unplayable.

Velocibox is an admirable (if misguided) attempt to recapture the magic of Super Hexagon, a game you could argue is perfect in its simplicity. It overcomplicates the experience by layering on too many mechanics for its own good, diluting the core gameplay hook. More damning are Velocibox‘s technical issues, that while likely would go unnoticed in most games, are completely unacceptable here. If you’ve already exhausted Super Hexagon and still need your twitch fix, you might get some real enjoyment out of Velocibox‘s stiff challenge; anyone else can safely give this a pass.