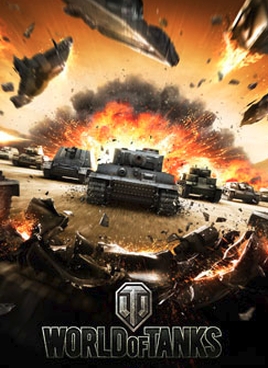 World of Tanks: Xbox One Edition

The World of Tanks franchise has been a huge success for free-to-play gaming on PC for many years. The series hit the Xbox 360 fairly late in its lifespan, but added a free-to-play game to a system’s roster that had few of them. A premium boxed version at a low price point also made it an attractive pickup for newcomers to the console. World of Tanks isn’t much of a looker on 360, but delivers exciting online multiplayer and a fairly robust selection of tanks even if it’s a bit lean on modes. Can the Xbox One version deliver on what we’d expect from the console version’s current-generation incarnation?

World of Tanks simply threw players into the fray on 360, forcing them to learn as they went. Proving grounds is new for the Xbox One version and goes beyond a regular training mode. The core game is a team deathmatch with a slew of modes beyond that. Standard things like capture the flag are here as well as things you wouldn’t normally expect like racing. Just getting from point A to B faster than others is fine, but you also have to factor in things like enemies trying to destroy you. Your guns are always live, which means your treads can be shot out or you can do that to an enemy. Weakening them can make your positioning stronger and thus allow you to win via force instead of finesse.

Anyone who hasn’t played the game before and is coming in expecting it to be an action-heavy experience that you can just run into carelessly will be disappointed. You need to think first and act second. Positioning is key and you’ll need to be mindful of both where you are and where your enemies are in relation to you and your cover. If you’re behind a wall, you don’t want to just fire a shot blindly without having a good chance of landing it. Giving away your position to one enemy can swiftly lead to disaster. 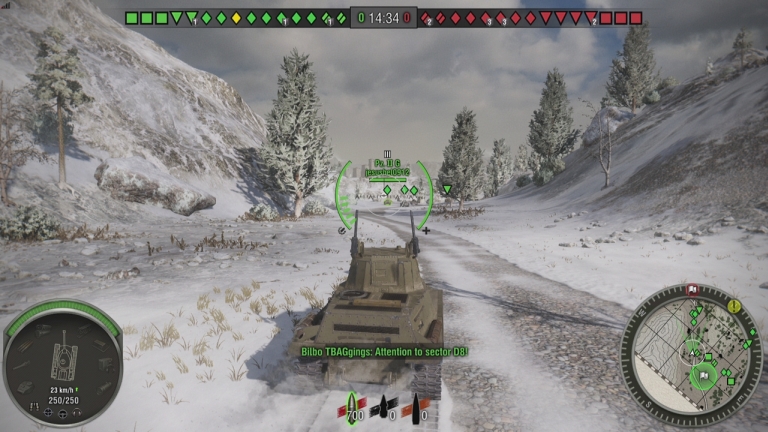 The tank selection is incredible and goes far beyond a basic selection. You can pick tanks, go between the tank selection from certain nations, and progress for each of them. You can choose between light, heavy and medium tanks. Some focus on being artillery tanks, while the faster tanks allow you move more briskly — but you run a far greater risk of taking damage. Artillery tanks are built to take tons of damage — best for people who want to sit back and absorb damage — and demolish enemies quickly. Light tanks are a must for players who value maneuverability over all else. We found that while they do lead to faster deaths, the controls are generally a bit snappier with them. As a result, the game is more fun to play and finds a better balance between serving both the action and strategy masters.

Online play is going to eat the bulk of your time as the proving ground mode is simply a way to either gain experience at the core game or maybe dink around for a bit if you’re short on time. As a result, it’s imperative that every core function work really well. That means you can’t have much lag and the experience should feel like it would offline, only with all of the perks of online play. Fortunately, that’s exactly what has happened here as online play has no major issues to speak of. The player base is generally nice and after several days of play, only a couple of less-than-idea players were encountered. 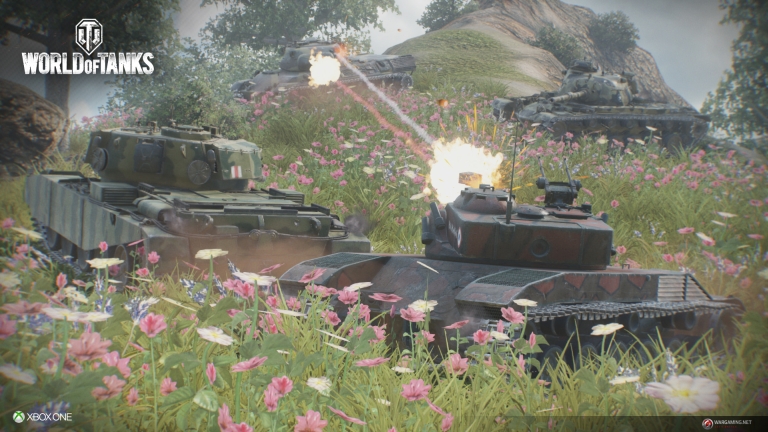 Visually, World of Tanks has received a huge overhaul on the Xbox One. The Xbox 360 version looked fine for what it was — the texture work was fantastic for the console, but the experience did chug a bit and you never felt like the hardware was being taxed all that much. When comparing the Xbox One version to the 360 and PC versions, the X1 version is the clear leader. Grass has a real-life look to it and actually appears to be blades of grass that move upwards from the earth. Before, you were looking at textures resembling grass only on a surface level. Lighting effects have been stepped up quite a bit. Shadows are now realistically cast over everything and storms rage through as well. Thunder blasts the world while lightning flashes offer a stunning sight. Rain adds a lot to the experience as well as it beads off of the metal and even appears to build up a bit on the surface of the tanks. World of Tanks isn’t “just” a good-looking free to play game — it’s a genuinely impressive Xbox One game.

World of Tanks has some of the best sound design out there. The sound effect work is impressive from the start — with bullet sounds signaling every menu option. The tank rolling sounds are things you’ll want to pay attention as well since they can give away an enemy’s position. If nothing else, you’ll at least know what general direction they’re in and whether you should roam behind cover or stay where you are and just rotate your turret.

Explosions have a satisfying impact and it sounds like metal is going to be sent flying with every blast that connects. Sounds effects are overlooked far too often nowadays, so it’s encouraging to see how much effort went into them here. Musically, the war-style music fits perfectly. Every song is loud, full of heavy percussion and fits the whole war theme like a glove. The songs make you want to not only shoot up enemies, but also just keep playing. The refreshing thing is that the soundtrack isn’t just generic rock like you hear in so many games of this kind. 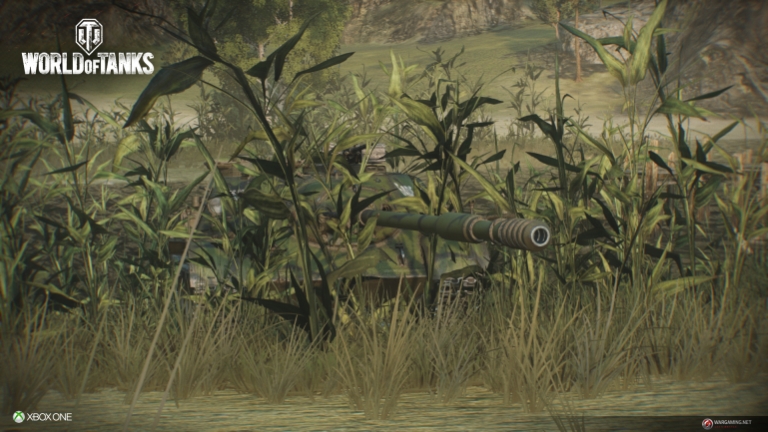 World of Tanks on Xbox One is the definitive way to experience the game on consoles. The Xbox 360 was a nice teaser for what it could be, but you can see the concept fully formed here. It plays better than it did on 360 and looks fantastic. New weather effects add a lot of life to the action and make for a more exciting experience. As a free to play game, there’s no barrier of entry to speak of. If the game’s concept has ever intrigued you, give it a download — it’s excellent and something all shooter fans should try out.