If you enjoy flying around space and building your own ships, Defect is the game for you. It’s very reminiscent of Gratuitous Space Battles, only with you controlling the ship instead of the game simulating the battle.

One of the major components of Defect is the ship building. The ship components are all stylized, reminiscent of classic sci-fi. You can build a close representation of one of your favorite ships or build something completely original. You’ll start out with your power supply, then crew quarters. These two parts will determine what else you can add to your ship. Each piece requires a certain amount of power and crew members to run and maintain it. If you spend a lot of that on great shielding, you may not have much left to equip weapons. It’ll take a lot of give and take to balance out the perfect ship. 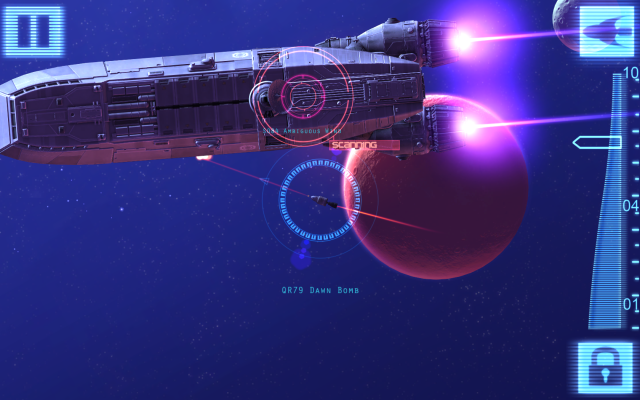 The ship builder is easy to use and once you’ve built your ship, it’s off to your next mission. Flying and battling will put your new ship to the test. If you win, your reward is your crew spacing you and stealing your ship as their own. So don’t get too attached to your ship (or spend an hour and a half building the perfect Enterprise replica like I did), because this will happen every single time. So each mission is a fresh start, a new ship. The catch is, that awesome ship you just built for the last mission will be pitted against your new one. So take that into account when you decide to load up with 8 turrets. Or maybe even design your ship with a weak spot, knowing you’ll want to exploit it later. 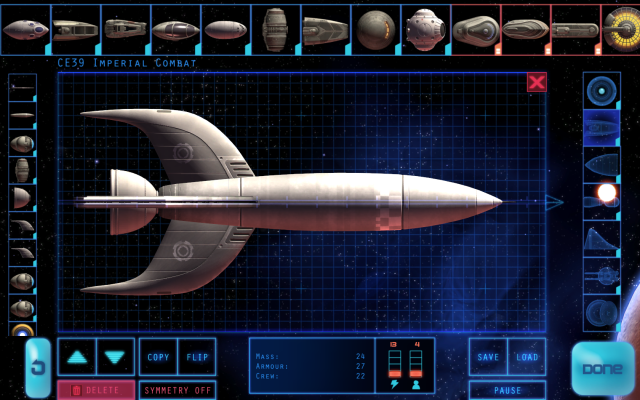 The game is played in an entirely top down perspective, so there isn’t 3D movement while you are in space. The control and movement of your ship is determined by the way you built it. If you don’t put enough into steering and stability, you won’t have an easy time flying it. But if you do, the controls are smooth and responsive. You can allow your ship to auto aim and fire, or take control yourself with the mouse, which will give you much better results.

Defect is still early in development, but they have a solid premise. Some players likely won’t be fond of being forced to rebuild each mission, but it’s truly the heart of the game. In a lot of ways, instead of battling the computer, you’re battling yourself, which will offer up a much greater challenge. Feel free to try out the game for yourself, with the demo available on Steam.