In Japan, there are a few big name RPG series that always garner a consistent, dedicated following. Among these names are Final Fantasy, Shin Megami Tensei, and of course, the “Tales of” series. The action role-playing Tales series has kept a good standing among JRPG fans here in the West as well, offering an anime-style, faster-paced experience across the many, many games in the series. Marking the series’ 20th anniversary, the latest entry, Tales of Zestiria, is no different from its predecessors in visual style, theme, mechanics and gameplay structure. But it looks like it will still try to take the best the series has to offer and present it in a hefty, zesty package for your enjoyment.

Players primarily take the role of main protagonist Sorey, a young man who wants to help people. There are two main races in the medieval fantasy game world of Glenwood: humans and supernatural Seraphim. The Seraphim are humanoid beings who are both scarce and only appear to humans with enough spirit power called Shepherds. Of course, there is a threat to the land’s well-being in the form of the Hellion, monsters spawned from negative emotions. All of it is standard enough but it was never the stories and worlds that set the Tales series apart – it was pretty much everything else.

Tales of Zestiria sports an open world, which is a series first. The character models are to scale in comparison with the environments and at times, combat encounters can even happen right in the exact place they are triggered in the game world, rather than transitioning to an arena. Combat this time around is dubbed the “Fusionic Chain Linear Motion Battle System”, and features a player-controlled party of up to four characters squaring off against enemies in real-time. Like in previous Tales games, there are many options in battle. Characters still only have two primary directions in combat: towards the enemy or away from them. Human characters primarily have melee attacks while Seraphim characters are longer range and cast spells. The Tales series typically features special abilities called “Artes” and Zestiria is no different. Artes can be chained together, each having different maneuvers and damage types (which follow a rock-paper-scissors system), allowing for flashy, versatile comboing. Combat in Zestiria is easy to pick up and difficult to master; chaining your Artes together, getting spells cast at the right time, guarding, dodging, and maintaining a combo made up of abilities that drain meter are all skills the game expects you pick up. 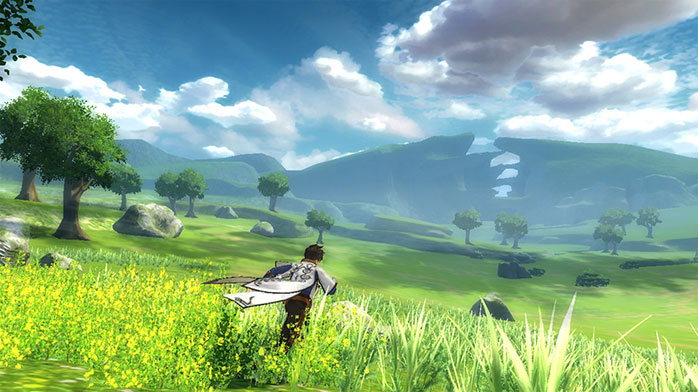 Speaking of meter, there are two special meters this time: the Spirit Chain gauge, and the Blast gauge. The Blast gauge allows for many different attacks, including a character’s most powerful ones: the Mystic Artes. Charging the Blast gauge is reliant on “Battle Acts”, which are essentially Zestiria’s take on character skills. They are abilities which need to be equipped and require a certain amount of AP per Battle Act. The Battle Acts are typically earned by completing certain actions in battle. The Spirit Chain (SC) gauge drains when you use Artes, and is therefore essential to success in combat. The SC gauge regenerates over time if the character holds still, but well-timed dodges or blocks against special attacks will award SC. This makes it so combat is an offensive and defensive ordeal. A master of the combat system can combo effectively with the right Artes against their target, and then perform slick defensive maneuvers to regain the SC they need to continue their combo. The flow from offensive to defense and back to offense, ensures there is constant motion and variation to a fight, as well as a high ceiling for mastery. Fans of Tales of Graces will be familiar with this in particular.

As per the battle system’s name, the ability to link up with other party members makes a return from Tales of Xillia. This time around, certain characters like main character Sorey can actually fuse with a Seraphim party member in a feature called Armitization. In this state, the human character gains a new array of more powerful Artes tied to the element of the Seraph character they fused with. Things get even flashier in this state, characters will start wielding things like giant flame swords or big stone fists. As such, Zestiria seems to lend itself even more to a single-player experience, despite the ability to play co-op with up to three other people. 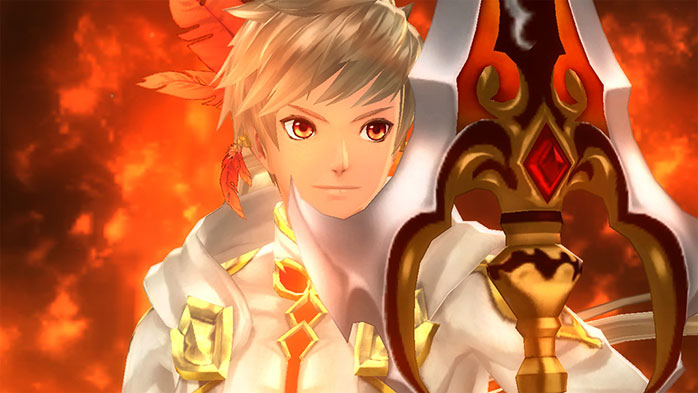 The equipment in Tales of Zestiria also has its range of options in the form of skills. A single piece of equipment can hold up to four skills, and a crafting system exists for making new equipment types. Selling loot and buying items also has its own twists. Doing enough business with a particular shop will improve that vendor, leveling them up and allowing them to give you a better selection the next time you visit. In the open world, there are unlockable fast travel points, side quests, and monster encounters triggered by making contact. Though none of it is entirely new on its own, Zestiria is not lazy in any angle of its systems.

Series fans will be happy to know that the loveable skits make a triumphant return, remaining fully voiced like in the recent entries to the series. These skits are visual novel-style conversations and banter the party members will have amongst themselves, often times about nothing in particular. They are sometimes funny and sometimes serious. More importantly, they serve to flesh out the otherwise-unremarkable characters to an important degree, adding depth to who they are and making them seem more like people. The game itself seems a bit lower in budget than previous entries due to the reduced staff in the development team over at Bandai Namco Studios and tri-Crescendo. Tales games were never particularly pretty, often toting a decent presentation, and it looks like Zestiria is the same way. 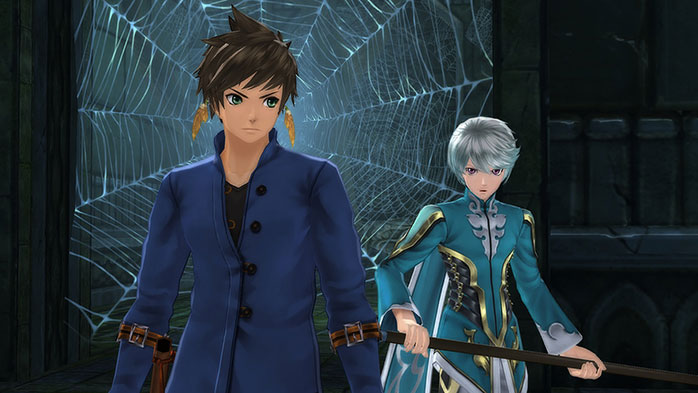 Tales of Zestiria is an open-world action-RPG originally meant for release on the PlayStation 3. Fortunately for us, its Western release will see both a PlayStation 4 port and a surprising PC port via Steam. Fans of the series will already know almost exactly what to expect: combat happens in real-time, party-based encounters where movement is mostly restricted to a bi-directional plane, the game’s aesthetic will do its utmost to resemble both an anime and a 3D video game, and the characters will each be unrelenting archetypes whom are for the most part both mentally and physically children. Sure, on paper Tales of Zestiria and its series ancestors may seem basic, but there is guaranteed depth at every corner of Tales of Zestiria. It is unfortunate, then, that Zestiria does not seem to do anything truly new, instead building on its predecessors like many have before. Long-time naysayers will have nothing much to look forward to, but fans and newcomers are bound to find something to like.

Of course, we will all have a chance to see if Tales of Zestiria is a competent, enthralling game in its own right when it comes stateside October 20 and October 16 in Europe for PS4, PS3 and PC.