Everybody’s Gone to the Rapture

How did you react to that line? Did the ambiguity intrigue you, the mystery of what it could mean that “the answers are in the light,” or did it just not phase you at all? It’s an important distinction to make now, because if you’re the latter type, you might not get a lot out of Everybody’s Gone to the Rapture. But if you’re the type who loves to soak in a good story, pore over every clue and poke your nose into every nook and cranny in search of some greater understanding, then you’ll find Rapture to be a poignant and tenebrously beautiful experience that rewards your thoroughness and devotion. It’s a flawed game for sure, sometimes maddeningly so, but the bright spots amongst the darkness here are usually just good enough to be worth the trudge.

Everybody’s Gone to the Rapture plays out a lot like HBO’s The Leftovers meets Gone Home. You’re an unknown figure left wandering the empty streets of Shropshire, a sleepy English town where everyone has vanished mysteriously. There’s a glowing orb that will lead you around to reenact the last vestiges of life in town. Golden flecks animate each scene like bright shadow puppets. Of course, even a quiet town like Shropshire has its fair share of drama going on, and you’ll learn about the townspeople’s secret affairs, resentments, xenophobia and tragic losses over the course of the game, much of which has nothing to do with their disappearance. The smart writing and fantastic voice acting from the entire cast does an excellent job making each character feel real and alive, even in their last moments, and some of the more tragic storylines are genuinely affecting as a result. While much of the game’s story is derivative of other works, borrowing generously from The Leftovers and a dash of LOST, it’s undeniably clumsier in execution, but still does an admirable job. I wouldn’t necessarily call the conclusion “satisfying,” but it was “interesting,” at least, especially in retrospect.

It’s unfortunate that a few bullish artistic decisions cripple the game in several ways, though. The oft-criticized slow movement speed is indeed just as bothersome as you’d expect when you’re moving across large fields or through dense forests and your only option is to trudge along. The “run button” hardly qualifies as that—more of a “faster walk button,” if anything. Rapture starts to feel like a game designed with contempt for the player in mind, like developer The Chinese Room couldn’t trust players to appreciate its story and setting well enough unless it forced them to crawl through it. 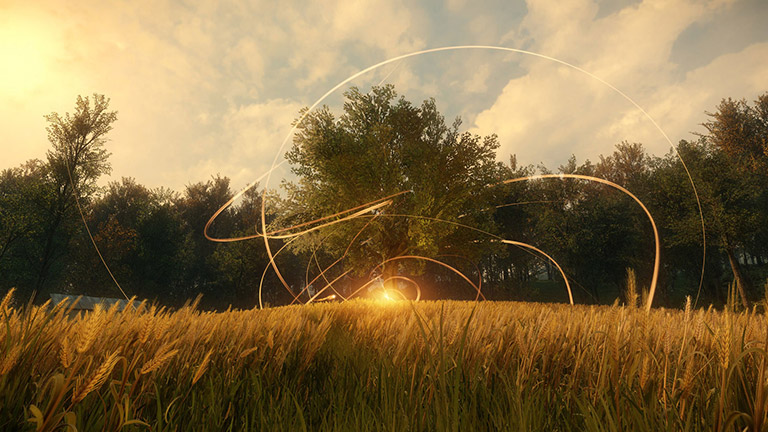 Of course, you could say that Rapture really isn’t a game that needs a run button because it is indeed meant to be taken slowly and there’s nothing to run to. You could even say that it’s not a problem of the movement speed, but that the density of story events is too low in relation to the size of the explorable area. Regardless, Rapture is simultaneously a game that wants players to dig through every detail and one that forces players to walk slowly, and that doesn’t work. It’s incredibly discouraging to your sense of exploration when you know it’ll take ages to get back to the building with the thing inside, or over the bridge to those gardens with the stuff lying around. Especially when you’re not guaranteed a reward for each time you leave the beaten path, the slow movement speed isn’t just a problem; it’s the reason most players will stick to the main thread or just quit altogether. By the end of the game, I’d completely lost any desire to explore and barreled my way to the ending.

The other big problem with Rapture is that it runs surprisingly poorly. There’s constant hitching (especially while turning), dropped frames and consistent moments where the audio stutters or cuts out. Whenever you watch the golden flecks reenact a scene, the game will shift quickly from day to night, and then back again once the scene is over; it’s a neat effect, but the game can’t handle it and starts chunking up immediately. It’s a shame because the game looks and sounds beautiful when it’s not hitching. The textures aren’t the highest fidelity, but there’s some great lighting and nice touches like changing shadows on the ground from the clouds (even though the sky above doesn’t change). The game pairs the serenity of the peaceful village with an excellent soundtrack, full of sweeping overtures and church choir singing, that enhances the game’s vibe rather than distracting from it. 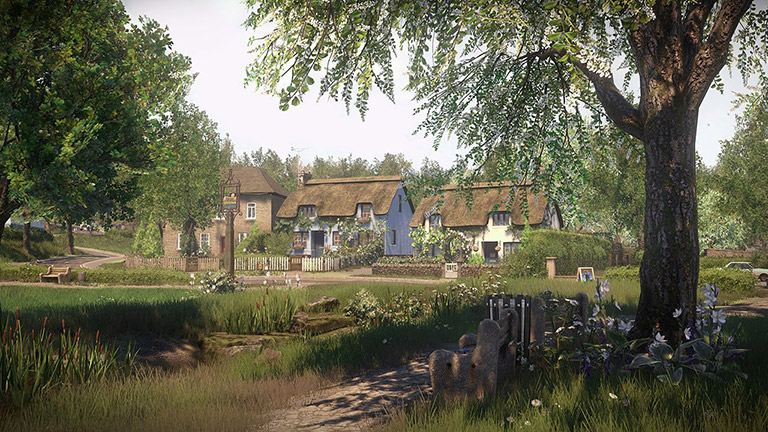 It’s a shame that Everybody’s Gone to the Rapture falls for the trap of slowing players down to force engagement because it does the exact opposite. There’s plenty to latch onto here, but the slow movement speed and technical problems distract from the otherwise moving story. Rapture could’ve used a more definitive conclusion, or maybe a few more illuminating hints sprinkled along the path to the ending, but still, it’s the individual character moments that will stick with you.