After over twenty years, the Metal Gear Solid franchise may be coming to a close very soon. Ever since the scuffle involving Hideo Kojima and Konami, things have not been looking great for the multi-million seller. Granted, Kojima himself has stated over and over again that each Metal Gear Solid since 2 was going to be his last, but this is time it’s the truth. Fortunately, it’s looking like this will be one send off for Kojima Productions as Metal Gear Solid V: The Phantom Pain is shaping up to be the biggest and best Metal Gear yet. A semi-open world to explore, a vast cast of characters that populate yet another overly complex story, and heavily improved stealth and action mechanics ensure Metal Gear Solid V: The Phantom Pain will be something to remember.

If you’re not caught up with the timeline thus far, it’s not overly complex. Metal Gear Solid 3 is the earliest Metal Gear game to date which takes place during the Cold War in the mid-60s. Portable Ops follows six years later and Peace Walker an additional four after that. The series then moves into Ground Zeroes shortly after and we finally get to step back into Big Boss’ shoes with Metal Gear Solid V as it takes place nearly ten years later. After the dramatic events that occurred at the end of Ground Zeroes, and by golly are they significant to the overall plot, Big Boss awakes with a prosthetic hand and a new drive. When you take away the ones you love, people tend to seek vengeance, but it’s about a tale much larger than Big Boss himself as his Diamond Dogs unit continues to grow in power. Outside of main man, some familiar faces will make a return, such as Major Miller and Adamska (Ocelot), but there will be a handful of new characters. This includes the deadly sniper Quiet who, as her name suggests, doesn’t really talk much, the ever lovable D.D. (Diamond Dog) who is an orphaned dog Big Boss takes under his wing, and plenty more. 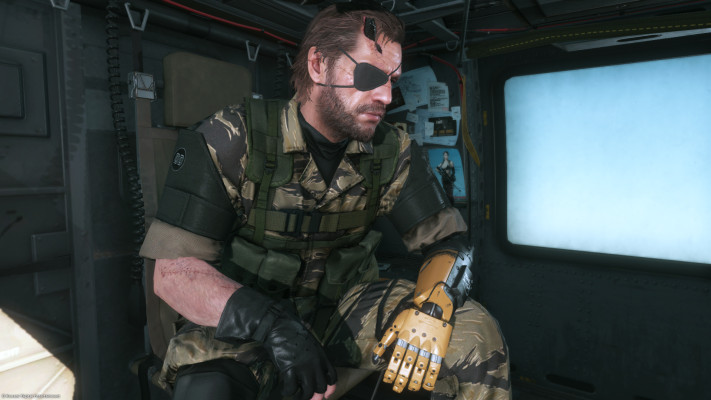 The mechanics in The Phantom Pain are very similar to what we’ve seen in Ground Zeroes, but expanded even further than one military base. Ground Zeroes was a single, small chunk of the bigger more expansive game, now allowing you to explore segmented open areas. How you want to proceed a mission objective is entirely up to the player. You can go in guns blazing during the day when it’s most heavily guarded, or wait until nightfall when it’s easier to hide in the shadows. While this is still a stealth game as a whole, action elements have been higher. The Phantom Pain contains a traditional over-the-shoulder camera angle with the first-person shooting mechanics originally introduced in Metal Gear Solid 2. The whole goal it would seem is to make stealth a lot quicker and more exciting, using both projectile weapons and CQC to your advantage.

The Motherbase feature has also made a return from Peace Walker, but this time it’s far more functional than just a couple of menu screens. Players will be able to actually build upon their base, adding sections and assigning personnel to duties. Players are able to recruit, or capture rather, enemies in the field and add them to Big Boss’ ever growing army. This includes stunning enemies with various combat and unusual techniques, while at the same time growing your arsenal by taking vehicles. In addition, players will be able to essentially raid and attack other bases, hoping to secure resources for themselves and cause annoyance to others. It’s an interesting mechanic that ties into in-between missions, but how it will work out overall, we’ll have to see in a couple of weeks. 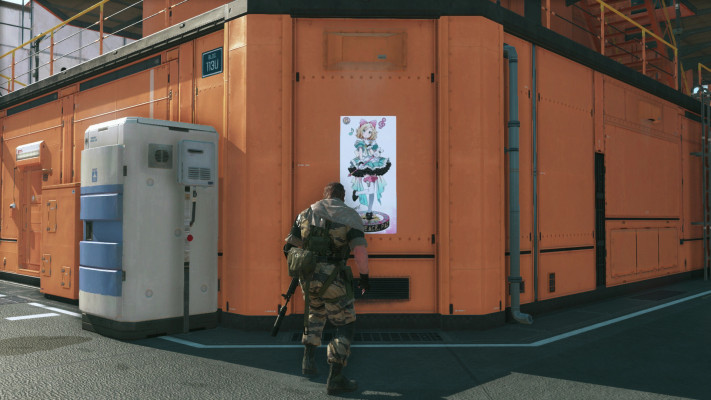 It’s hard to believe the wait is almost over, but soon players around the world will be able to play as Big Boss once more. With internal politics aside, Kojima Productions are bringing Metal Gear Solid to the forefront of modern action stealth games. The biggest and most ambitious game yet, Metal Gear Solid V: The Phantom Pain will be out in less than a month on PlayStation 4, Xbox One and PC. Unfortunately, those anticipating the return of Metal Gear Online will have to wait another month on consoles and until early 2016 for PC.