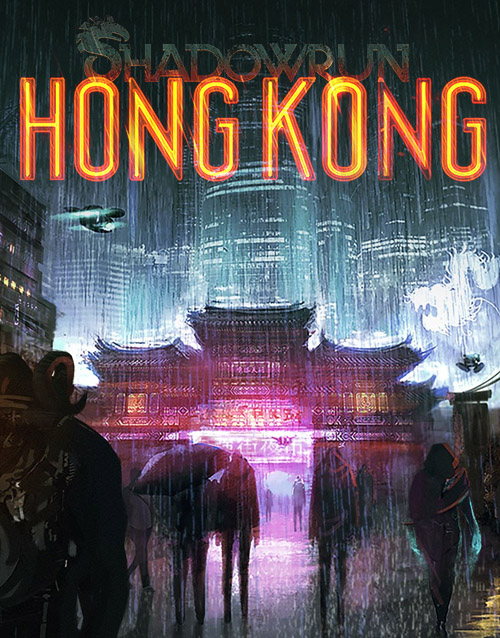 In this day and age of gaming, it’s rare to find a developer that consistently releases not just good titles, but fantastic ones. When Harebrained Schemes first came onto the scene back in 2013, fans weren’t sure what the brand new studio (comprised of industry veterans, mind you) were going to do with the beloved tabletop roleplaying game Shadowrun. After all, the series has had a spotty past in the world of gaming, spawning both great games (like the SNES/Genesis entry) and just mediocre ones (like the multiplayer-centric Shadowrun for Xbox 360 and Windows).

Needless to say, audiences were worried about Shadowrun Returns. Of course, that anxiety disappeared the moment the game released and then became but a fleeting memory when the even more wonderful Dragonfall expansion launched last year. Here we are now in 2015 with Hong Kong, the third Shadowrun in three years. That’s a lot of Shadowrun, right? Seeing as annual franchises often go to the well once too often, Hong Kong — despite Harebrained’s now impressive resume — comes with trepidation of its own: do we really need another Shadowrun game already?

Hong Kong is set in a sort of Bladerunner, tech-meets-magic dystopian future where morality is never black and white, and one can get practically anything for a price or through means of violence. Suffice to say, Shadowrun’s setting is a seedy one; crime, murder, betrayal, greed… they’re all ripe for the picking here in Hong Kong, as they have been in all past installments of the series, except they are delivered upon with even more precision in this latest standalone endeavor. This gritty world is brought to life by the continued excellent writing that has been one of the many superb aspects of Harebrained’s take on the Shadowrun universe. As a cRPG, narrative fidelity is just expected, especially given Dragonfall‘s success in this domain, but then also the benchmark set by wordsmith masterpieces like Pillars of Eternity. Fortunately, Hong Kong not only succeeds at meeting these lofty standards, but surpasses them, ultimately resulting in one of the most sharply written roleplaying experiences in recent memory. 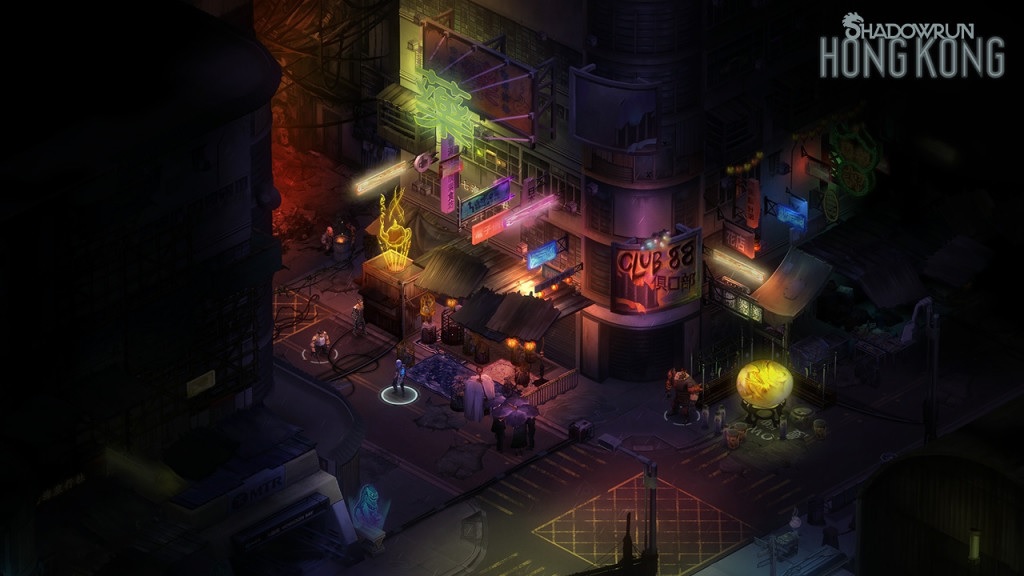 The writing doesn’t just serve to hammer out plot twists and grand unveilings — no, it manages to build a Rolodex of characters that are every bit as likable as they are relatable. Despite this being such a futuristic world, these characters feel as alive as any seen in video games in quite some time. Their dialogue is fluid, unfolding in a way that feels uncannily natural, but it’s not just the cadence of the writing that manages to reel players in, it’s how those characters are forged. Their backstories highlight why each person is the way they are, why they think like they do, why they make the decisions that they make — and just like in real life, the various traumas they have experienced have molded them to be hardened to the core or empathetic to a fault.

Don’t be fooled: though at first glance this is a science fiction game, there is a real human drama that is happening beyond the surface. A drama of making hard decisions, living with the consequences of bad ones and moving forward no matter our transgressions. It’s heavy, poignant stuff if you want it to be; or it can be just another sci-fi game with badass heroes and villains on a collision course for one another. That’s the beauty of Harebrained Schemes’ work: it can go as deep as you want it to — it can cater to the ardent Shadowrun collective or the casual Steam user just looking for a new turn-based RPG. 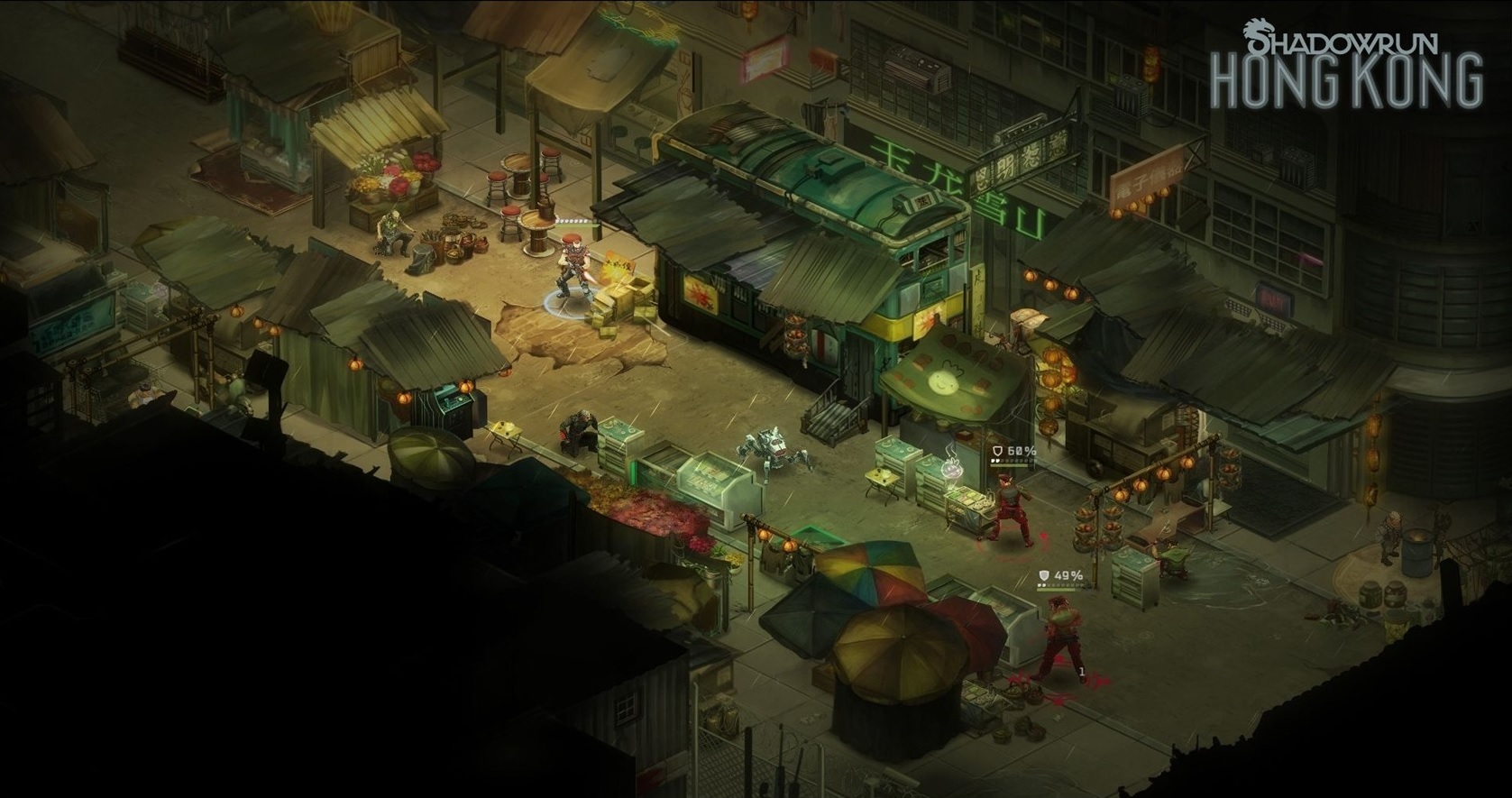 I won’t get too much into the combat mechanics here, as they remain largely unchanged from the past two entries. I say that with glowing endorsement, however, as the mechanics didn’t need to change. What was laid in Returns and then iterated on in Dragonfall made for a rock solid foundation that, at this point, doesn’t need modification. Knowing this, the developers instead added to the formula in subtle ways, such as the ability to enter turn-based combat mode as soon as an enemy is in view, the new Cyberware skill-tree and new Cyberweapons that can be installed into characters’ arms. It isn’t much, but if it’s not broke, don’t fix is the mentality here and Harebrained has the right of it to employ that very philosophy.

It, in essence, gives them more time to expound upon the aspects of Hong Kong‘s predecessors that needed alteration. For instance, the inventory UI has been rebuilt for a more streamlined experience and easier management of items during missions — something that was shockingly amiss in Returns and Dragonfall. Most notable among the change-ups here is the Matrix system which has received nearly a complete overhaul. This was badly needed as what was available in the previous titles just never felt fully-featured or fully-realized. Having gone back to the drawing board was the right move in this instance as what we have now isn’t just a re-skinned world anymore, instead feeling like a separate entity from the game world.

By doing this, Harebrained has achieved the mission they set out on when starting Hong Kong‘s development, and that is Decker’s gameplay indeed feels like dangerous legwork, investigation and hacking. They’ve done this by essentially increasing opportunities for risk and reward; the more chances players take in tackling things outside their core objectives, the more lucrative their runs will be. Contrarily, that also means the odds of getting discovered go up exponentially as well, meaning that while combat is still a substantial part of the experience, it’s not the only part of the Matrix experience anymore. 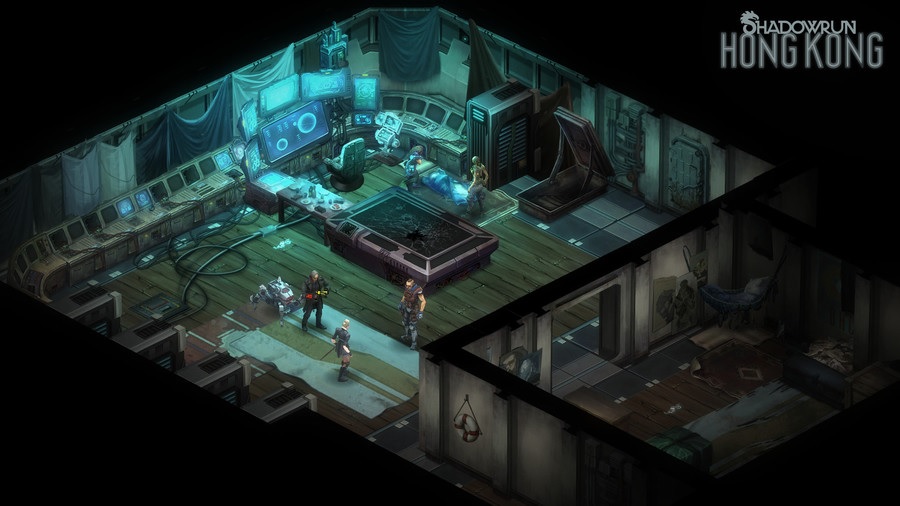 Rounding out the changes–outside of the new crew, magic and cyberware–are some graphical changes. Because the game does not have to work on tablets any longer, the devs were able to enhance the graphical prowess, allowing for illustrated transition animatics that occur at key times in the story. Further on the presentation front, the audio has been improved as well, now incorporating dynamic music for combat that rocks and rolls with the flow of battle. Again, a small modification, but a neat one nevertheless–and one that merely adds to the immersion factor.

So what else is there to Shadowrun: Hong Kong? Well, skill-based character progression is back, in addition to a classless skill system that grants the opportunity to grow one’s character in whatever direction that’s desired. There are over 200 weapons to loot and use in combat, countless ways to dispatch enemies, plenty of tough dialogue choices that are never foreshadowed or given away to the player through some basic “good choice-netural choice-bad choice” dialogue wheel, and a massive world that is ripe with quests, history, and plenty to see. 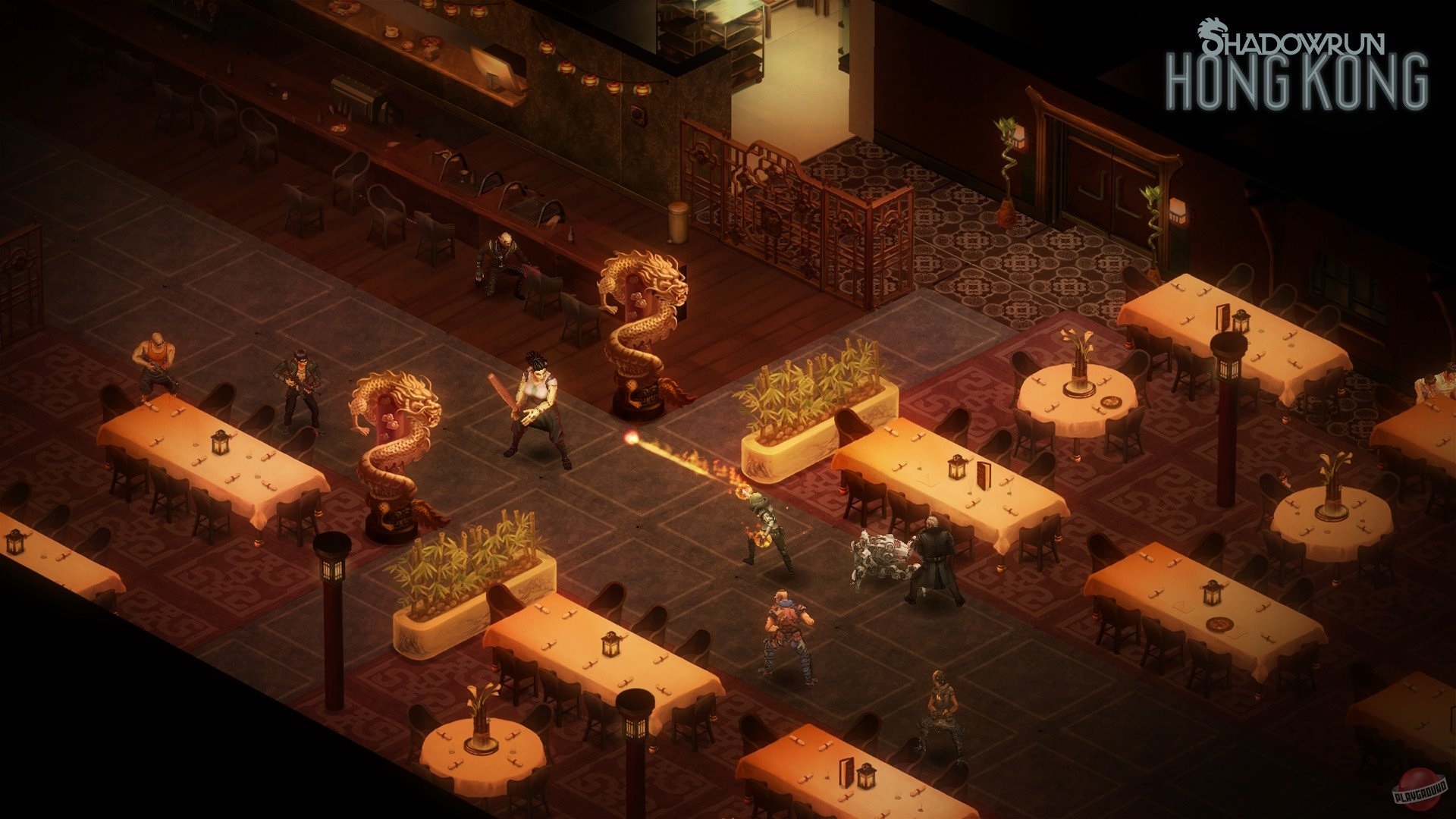 We’ve said it practically with each new Shadowrun Harebrained Schemes puts out, and we’ll say it again for Hong Kong: this is the most definitive, comprehensive and polished version of Shadowrun on the market. It builds on the past games in subtle but smart ways, fixing what was broken, and not touching what wasn’t. As a result, players are left with a magical cRPG that gives them so many options. Whether it’s the dialogue and story, combat, exploration, or the amount of loadout options, this is about as close as folks are going to get to a tabletop experience. The best part is, you don’t have to be a Shadowrun fan to love it. If you are, though, there’s just that much more to get lost in here. This is a game that transcends its name and should be spoken of in the same breath as the genre’s best. In years to come people will be comparing the new cRPGs to Hong Kong, because it’s easily a benchmark for what developers in the RPG arena should be looking at when designing their games.