We recently had a chance to get in touch with one of the lead programmers at Radical Fish Games, Stefan Lange. The studio is currently working hard on finishing their action RPG epic that is CrossCode. Stefan tells us about his passionate studio and the work and creative process that goes into realizing an ambitious indie title like CrossCode.

[Hardcore Gamer] Tell us a little bit about Radical Fish Games and the story behind its formation.

[Stefan Lange] We’re a company made of gals and guys who love old-school games a lot! We always like to say that we believe that “the devil is in the details”. Polishing game mechanics is important to us. We choose rather simple graphics and game concepts and max out everything else: good level design, polished controls, high quality assets, many animations and lots of love.

CrossCode has been in development for long time and is clearly ambitious in its design and content. Was there ever a point where you considered scaling back on ideas to release a more condensed title?

Actually, yes. And we already scaled down the game quite a bit. We had this gameplay idea of a hook you’d get later in the game together with a whole different area around the feature. We removed it since the game actually works very well without it . Also, we can always cover this in a DLC if people want more. Our schedule is tight but we’re optimistic that we can do it. The things we’ve planned out now are what we really really want. 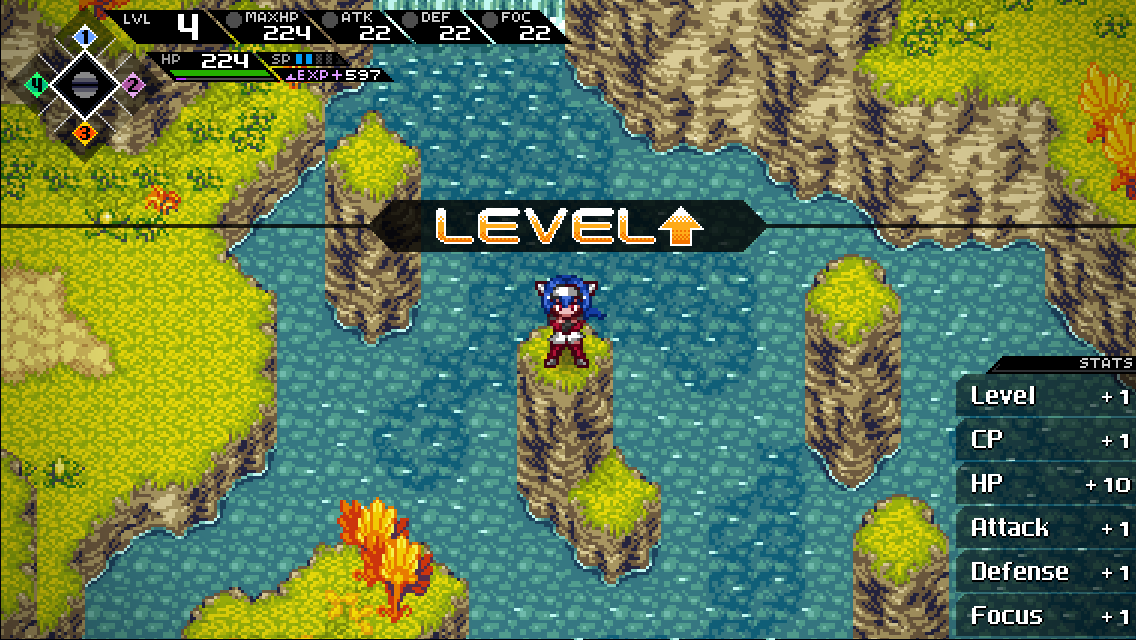 What is the size of the team involved? Are you looking to expand to help CrossCode reach its goals?

Currently we have three core developers, two of them are working the code and one of them is doing game balance and mapping levels. Then we have eight freelancers. All basically friends who help us with graphics, sounds and music. Finally there are two “helpers”. One helps us with all the business related stuff and another takes care of the company’s financials and so on. Which brings us to a total of 13 people (We like to say: “Organization XIII” internally). Expanding is totally possible. We’re still very much looking for people who can help us create graphics and effects. Maybe even one more person for mapping related work. It’s hard to find good people and of course we have to consider the money we can spend.

How near is the game to completion at this point? What are you prioritizing at this stage of the game’s development?

At this point it’s below half content-wise. The engine code is done and only needs small additions or tweaks at this point. This means our focus is on the content. We have a very tight schedule on what area needs to be done at which point and how the story progresses in these ares. This includes creating enemies, NPCs, maps and of course cutscenes. It’s hard to keep up, since life sometimes throws stones in your way. Like getting sick and the likes. Nevertheless we’re confident we can make it.

Some major changes were made in terms of the demo that was being offered, could you clarify as to why it was important to scale back on the content being offered by the demo?

The problem was that the demo was too long. Why buy the game if there is so much content in the demo, right? We always wanted people to see everything we have to offer. We come from a community where this was the standard. But for marketing the game and kind of “hyping” people, giving people everything we have wasn’t really helpful. We learned this the hard way. We still wanted people to know that we are not some sellouts, that’s why we have no problem with people sharing the version that you could download before we changed it. But we think that people should learn that there is so much more they can get in the future. 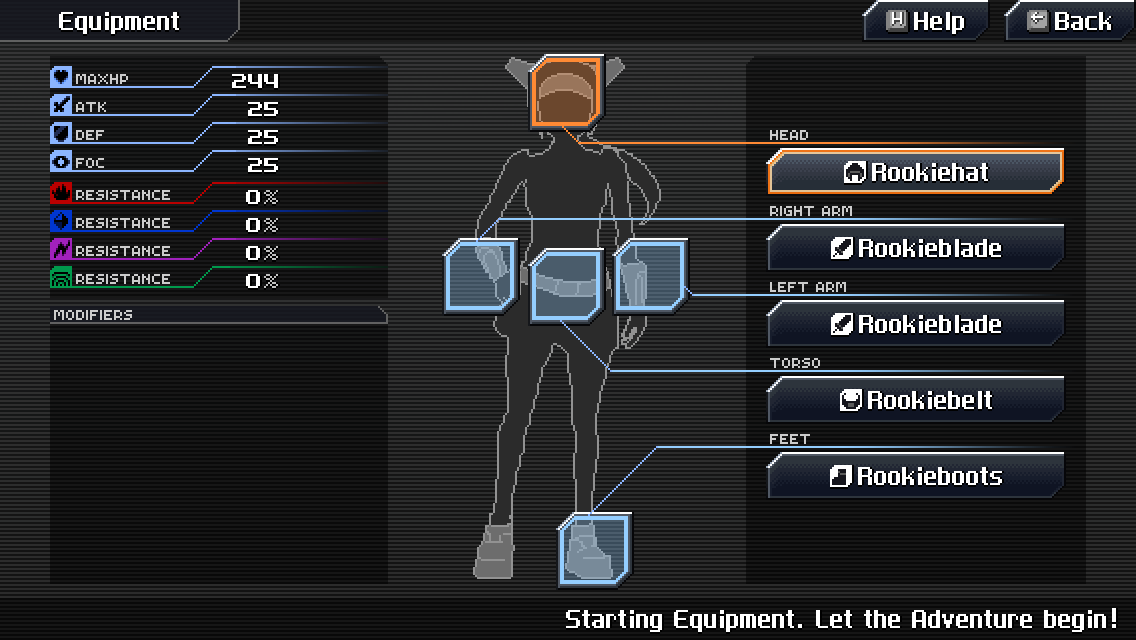 CrossCode has a number of influences that become apparent in its visuals, design and gameplay. Some major classics come to mind like The Legend of Zelda, Secret of Mana and Phantasy Star… did we miss any?

You missed the most important one: Yoshi’s Island! The inspiration of bouncing balls comes from this game! We also take inspiration from Terranigma and Xenoblade/Xenosaga. The dialog system that displays texts right above the NPCs is inspired by Xenosaga 3 and makes the game feel much more alive without the traditional “talk to the NPC” dialog.

A number of indie titles these days feel like watered down renditions of classic games, but CrossCode is achieving far above and beyond that. How challenging is it to depart from influences, and not end up being just another clone of classic game?

I think the most important part is making sure that other games are “inspirations”. We play a lot of the games and always look at them from a game designer perspective: “Why did this puzzle work so well” or “Why do these controls feel smooth”. Also we look at old games and ask ourselves: “What did they do wrong and how can we improve that?”. It’s important to try out new things too. If you just make a turn based system like Final Fantasy had back in the days, it might not work because it’s too slow or feels like a “copy”.

CrossCode’s gameplay mechanics feel intuitive and fluid, how long did it take to perfect the combat mechanics to what it is right now?

A very long time. Basically we’re tweaking this all the time when we find out that something just doesn’t work in the long run. Just making the “run speed” feel just right took a whole day of constantly testing our different values. The same goes for something as trivial as damage numbers. We tried out a lot of options on how we display them and in the end we took inspiration from a game probably no one would guess: Final Fantasy XIII. Despite the general negativity about the game, the damage number animation was actually pretty cool. So yeah, we took some inspiration from Final Fantasy XIII. Hopefully no one gets the wrong idea here! 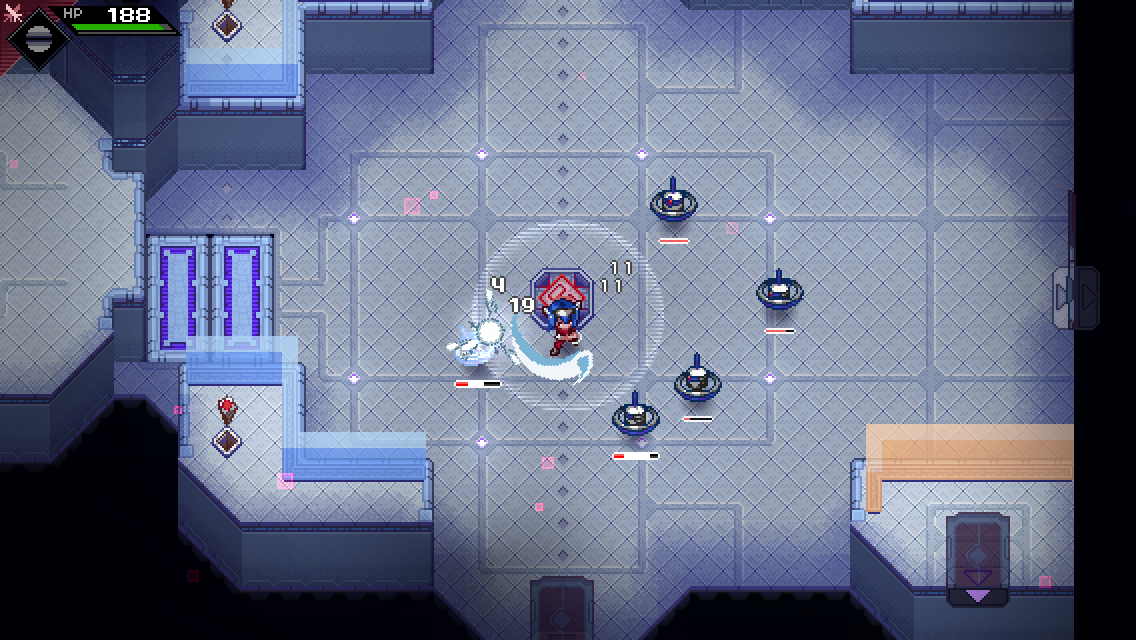 CrossCode is currently in Early Access, how useful has that platform been in guiding the development, what were the main criticisms from the players thus far?

It was very useful for us. Steam is a marketing platform in itself. It’s cool that you can just quickly buy the game and have in your library, ready to install everything (or even stream in your local network). Of course we don’t forget about those who want DRM free versions. That will happen too and backers on our campaign can already get such a version!

A lot of people actually only report bugs and glitches. Generally people just like the game and have small suggestions like customizable gamepad settings and options to hide some HUD elements. The biggest thing right now are concerns about the balancing. But we always say that balancing the areas we have right now is actually a waste of time since we had to do it again and again. So what we do now is balancing as soon as we have more areas and have a better feeling on how things should be tweaked. This is will be a large task since doing it right is almost impossible. Difficulty is very subjective.

(*laughs) That’s very nice to say, thanks a lot! It’s true that CrossCode is kind of a game we always wanted to create. People always said that we should never start making an RPG as our first game because it’s too much. But we couldn’t resist. We think that CrossCode is kind of the game you would see if you combined all those old classics. So back then we dreamed about a combination of Secret of Mana, Terranigma and the likes. How awesome would that be? And now we do such a game! A dream come true!

Elaborate a little more on the modes of play, in particular the exploration mode. It looks like you’re aiming to add as much gameplay content as possible, given that the story mode looks to be of epic scope as it is.

So here is the thing. All the modes are actually only separated because the in-between parts are missing. Eventually there’s going to be only one mode, which is the Story mode. So Exploration mode is connected to the story mode. You begin on the cargo ship, but you’ll quickly get to Rookie Harbor where you’ll have much more freedom just like you have in the exploration part. So yeah, everything thing is connected, which makes up for a huge amount of content.

If you had all the funding and resources in the world, what more would you do with CrossCode?

Probably more animations. Currently we try to reuse as many resources as we can without making it look weird. If we had more people and more time we would definitely work on animations a lot. Also the face graphics in the dialog would probably go animated too. There already is a system for that as you can see when Lea is nodding or shaking her head. We would also increase the content by the additional hook feature we talked about earlier. And finally voice acting. We would love to have voice acting on the game. But we’re are pretty picky about polishing so we would need to make sure that every voice actor has good recording and we would need more time to coordinate things. 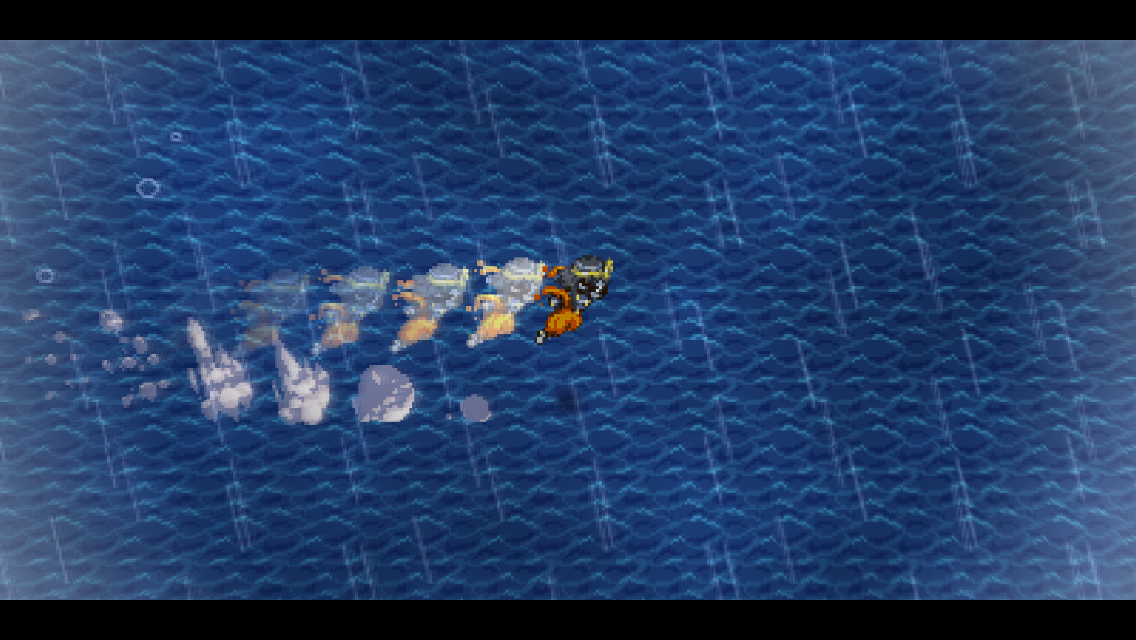 CrossCode is currently in Stream Early Access and is scheduled for a full release sometime in 2016. You can also read our preview here.