There’s no limit to the ways the world can end.  Being hit by a meteor, the old gods awakening, nuclear war, zombie plague, robot uprising, or maybe it’s a mystery that you can’t quite figure out as you wander through the remains of a broken world.  The cause of the end of the world is just one of the mysteries of SOMA, which sees you waking up in an undersea research facility with no information about why on earth you’re here.  Something has gone horribly wrong somewhere, and if the answers can only be found by exploring the rotting undersea hulk of a semi-functional scientific complex, then it’s time to get moving.  Mind the horrible shambling things, though.  They aren’t your friends.

SOMA is Frictional Games’ new atmospheric horror game, and their first since 2010’s Amnesia: The Dark Descent.  Like their previous game it trades more on a sense of dread and fear rather than throwing dozens of monsters your way.  The terrible beasts are relatively scarce but incredibly dangerous, so fear is built by the dark hallways filled with decaying machinery and the remains of those who once worked there.  Almost as bad as the dead is finding those who are still sort of alive, kept in stasis by weird machinery grafted to their bodies and plugged into the nearest power source.  It’s a bad situation for everyone, especially those who are still self-aware and don’t realize they’re trapped in a mechanical body.  Whatever cataclysm decimated the station, its side effects are utterly strange and will require a good explanation. 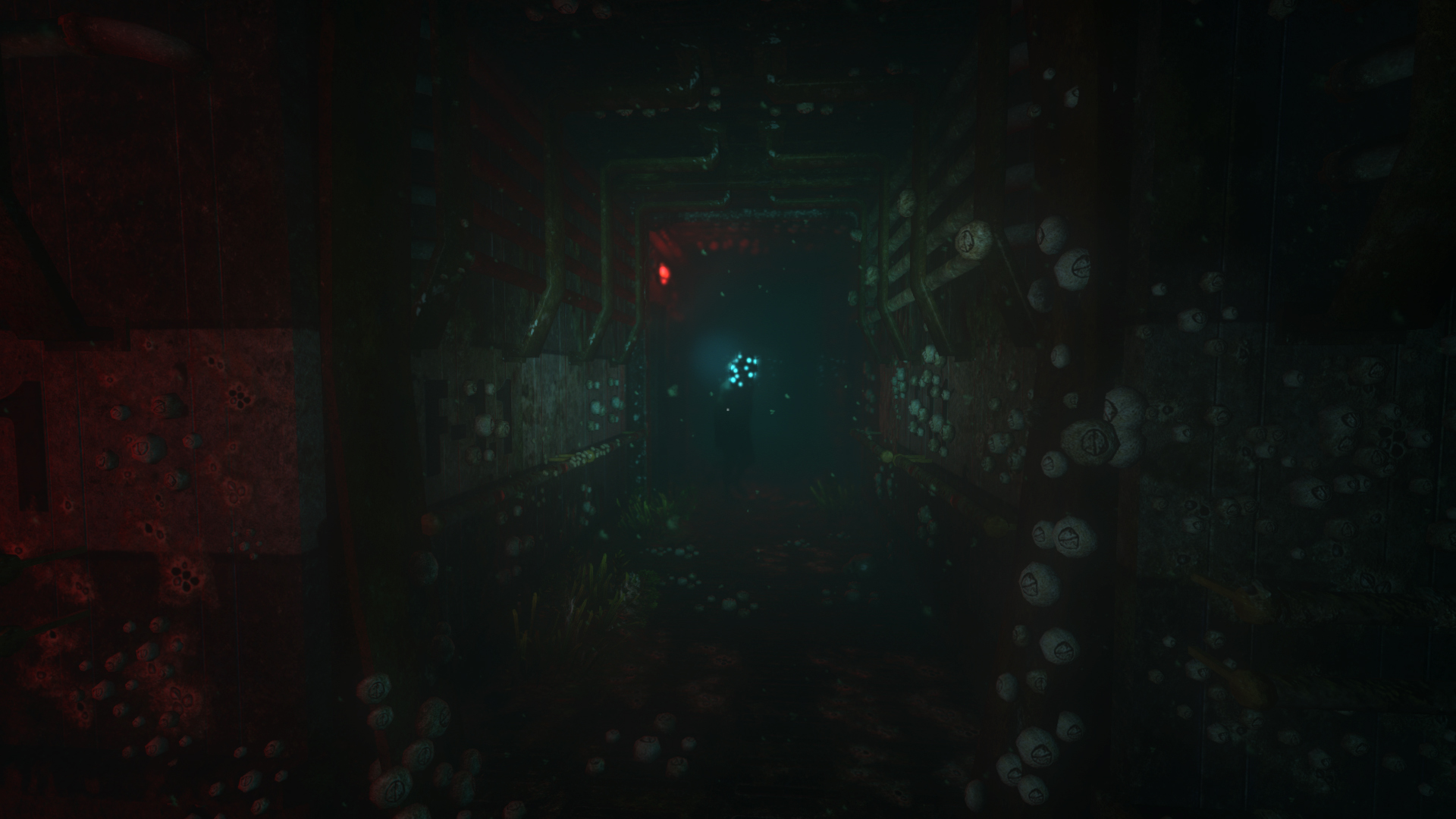 As it turns out, it actually starts making sense fairly early in the game.  While this preview is determinedly spoiler-free, I can say that the pieces start coming together relatively early.  The preview build is only the first third of the game but, while there are many mysteries left to solve, the pacing of the story elements that explain what’s happened has been satisfying enough that I’m looking forward to learning more.  SOMA is an oppressive and dark horror game, yes, but it’s also a well-paced story (at least as far as I’ve seen) that easily drags you from one plot point to another no matter how uninviting the next area may be.

It’s also a game about the consequences of choice, even if you don’t realize you’re making one at the time.  Explore a little bit and a story element may get expanded on beyond what it would have been otherwise, or maybe you just don’t feel like completely unplugging and killing the poor victim hooked into a useful power source.  You aren’t a remorseless killing machine, after all, unless you choose to be, but even then there’s still no attacking the roaming electro-men patrolling the corridors.  Run, hide, crouch to move silently and stay in the dark, and maybe they won’t notice you.  They’re dangerous and you are not, and the best you can do is toss a random background prop to make a distracting noise.  That only works on dry land, though, and much of SOMA is spent walking the ocean floor and through flooded areas. 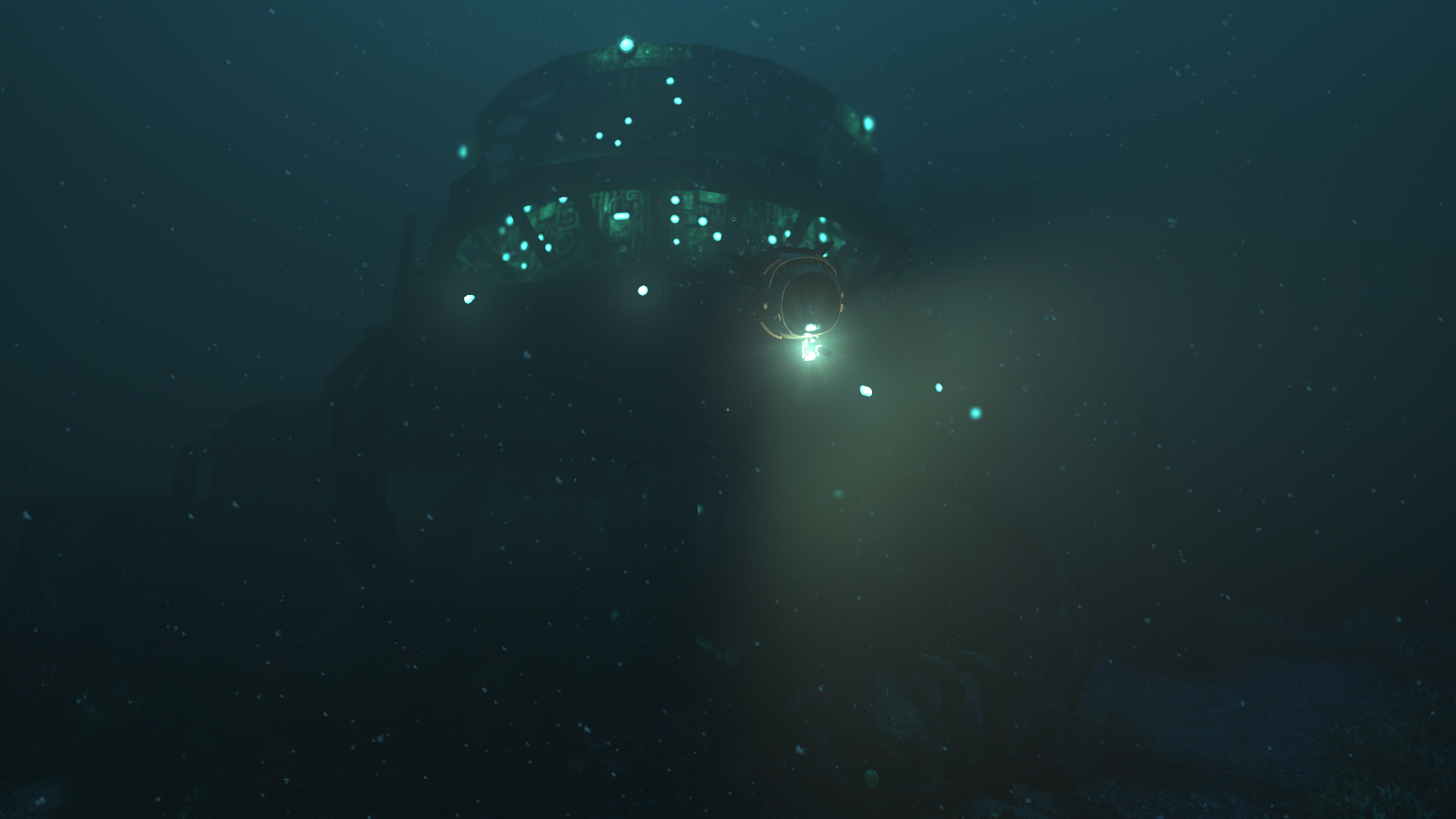 While the preview build of SOMA doesn’t quite pack the fear-filled punch of Amnesia, it’s still no slouch at delivering the scares and has a richer story to go with it.  The main character has his own personality and there are a decent amount of former-people to talk to as well.  If the hallways are dark and inhabited by terrible things, the mystery of the unknown disaster that wiped out both the station and the world drags you forward as pieces of the narrative puzzle start falling into place.  The world hasn’t been dead so long that everyone is gone, and the brief moments of semi-normal talking do a good job of establishing a level of normalcy in an insane situation.  Humanity keeps moving along even when somehow transplanted into random machines, although the odds of everything ending in terror and despair seem high.  SOMA is a deliberately-paced underwater science fiction horror story, beautiful and foreboding, and maybe a little hopeful despite the terrors that have been inflicted on the survivors.