The second piece of story DLC for Dragon Age: Inquisition, titled The Descent, takes the player back into the Deep Roads for another adventure. Coming after the lore and loot packed Jaws of Hakkon, the Descent feels sorely lacking in content. The good news is that the Deep Roads look better than they ever have in the series, even beyond what’s seen of them in a couple small side quests during the main game. The bad news then is that you’re back in the Deep Roads, again, something that is likely to elicit groans and curses from long time players of the series.

The Descent involves your Inquisitor investigating increasingly worse earthquakes coming from the Deep Roads, which are threatening the Dwarven civilization (although the main concern seems to be for the Dwarves’ supply of the mineral lyrium, which seems rather callous). You are introduced to the Shaper Valta, and Renn, a member of the darkspawn fighting Legion of the Dead. Both of these characters fight alongside the Inquisitor and their party during the quest, which is good, because you need all the help you can get at times, like when the difficulty suddenly spikes while you’re fighting wave after wave of darkspawn. Shaper Valta, as befitting her role as a historian, fills you in on her suspicions that the quakes are in fact the work of a Titan, something that you can get hints to in conversations with Dagna at Skyhold. 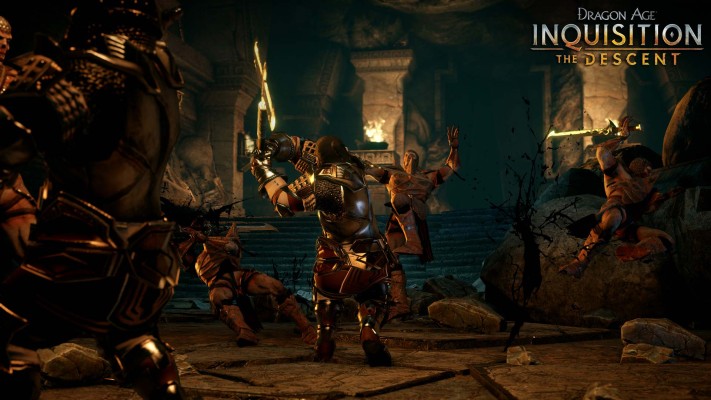 Most of the dialog in the game comes from the Inquisitor and the two new characters, while your faithful companions stay silent for the most part, which is a real shame for anyone looking for more interactions or banter. Also a shame is how little impact it makes on the main game, to the point where it feels more like you’re playing a side quest that you had to pay for. There is only one blink and you will miss it mention of the goings on of the main game towards the ending, but saying more will ruin what little information you do find out. This side quest feel is compounded by the fact that it’s so quick to play through; I was done with the main objective in an afternoon.

The ending could have had a major impact on the lore behind the game, yet as the Inquisitor says “I’m leaving with more questions than answers,” a feeling I unfortunately shared. The set-up for something monumental is there, but there is just no follow through, leaving me with the feeling that the ending was rushed and unfinished. One interesting feature added into the Descent is an area specific mini-war table for you to complete objectives as you do more exploring, things like building bridges to get to previously inaccessible areas or excavating collapsed tunnels, all that net you some sort of reward. This is a feature I would love to see more in the future, as it is so much easier than traveling back and forth to Skyhold. 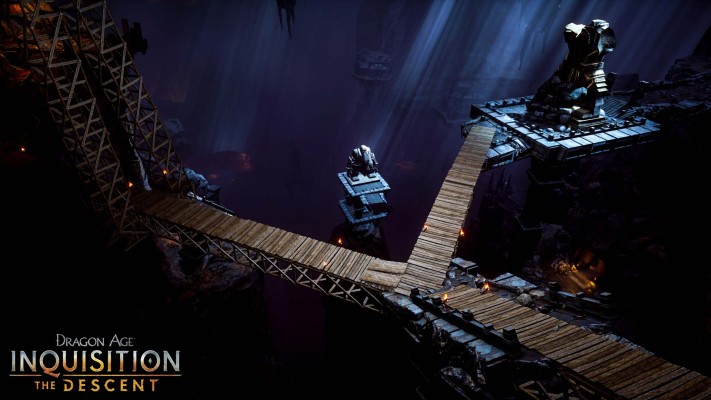 The Descent is a decent addition for players who are dying to get back into the game for a bit or prolong their experience, but ultimately casual players will want to skip it, or wait for holiday sales. The silver lining here is that executive producer Mark Darrah recently stated on Twitter that they “aren’t done yet” with releasing story based DLC; hopefully we have plenty more to look forward to and Bioware can prove they really do listen to fans and what they really want out of the story.