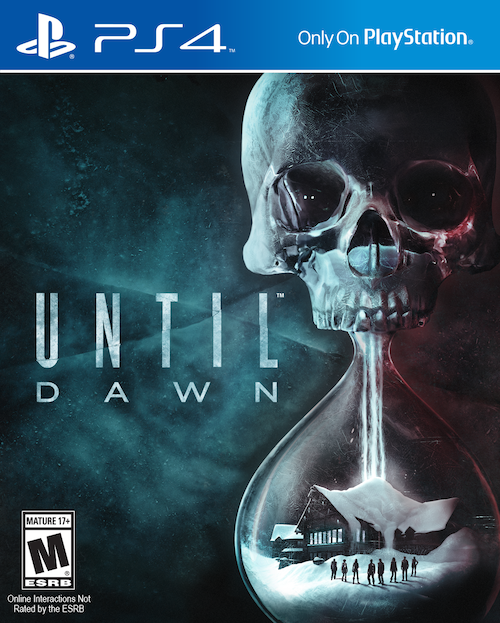 The Butterfly Effect is an abhorrent film, but an interesting concept. A part of chaos theory originally coined by Edward Lorenz from observing weather patterns, the phrase has since entered the cultural lexicon to describe how slight decisions can effect major parts of history. Ray Bradbury popularized the concept in his fantastic short story A Sound of Thunder (not to be confused with the terrible film A Sound of Thunder, which brings into question why every movie about this effect has been so detestable) and when applied to everyday human life, the butterfly effect is fascinating. We make frequent seemingly insignificant decisions that could set us down a completely different path. Leaving your house a minute later because you had to run back in for your briefcase, for instance, could make it so you end up being hit by a red light runner simply because it altered the timeline of when you made it to that intersection. Deciding to stop at a bar on whim could lead to meeting a future spouse, radically changing the timeline of both parties. In fact, the odds of your mere existence are nearly incalculable as not only are your parents meeting likely spurred by a series of nominal events, but they could have easily have had a child that simply wasn’t you. The randomness of life is spooky when one puts thought into it and enough to bring out neurosis in even the most stable individual. Until Dawn is an experience that not only preys upon our basic fear of what lurks in the dark, but also our basic fear of life itself.

Until Dawn puts players in control of ten friends —  Sam (Hayden Panettiere), Mike (Brett Dalton), Jessica (Meaghan Martin), Ashley (Galadriel Stineman), Chris (Noah Fleiss), Matt (Jordan Fisher), Emily (Nichole Bloom), Josh (Rami Malek) and his twin sisters, Hannah and Beth (Ella Lentini) — as they head up to Blackwood Mountain Ski Lodge for their annual winter getaway. Hannah has long had a crush on Mike and some of their friends decide to take advantage of this knowledge and play a prank on her, having Mike invite her to his room as they lay in hiding watching and laughing. Hannah realizes this deception and is devastated, running out of the cabin and into the snowy woods. A distraught Beth chases after her and while they eventually reunite, they’re chased off a cliff by a mysterious figure. Although searching for weeks, Hannah and Beth are never found.

A year later, Josh decides to go forward with the annual getaway in memory of his sisters and invites all of his friends back up to the mountain. This time around, however, things simply don’t seem right. Not only is there a storm brewing, but the group continues to discover alarming things like a wanted poster for an escaped murderer, missing weapons and items out of place. Things continue to devolve as the night continues until (depending on how the events unfold) people start dying or disappearing. Now it’s up to the player to stay alert and survive until dawn. 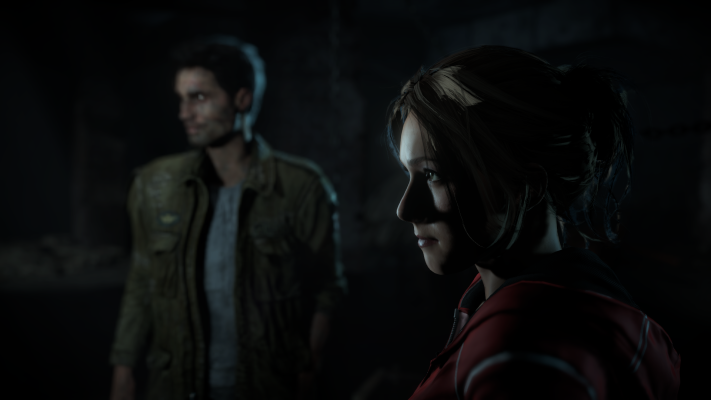 Until Dawn has a bit of an identity crisis as it ends up being two fairly unrelated stories rolled into one. Things begin like a typical teen slasher film. We’re introduced to group of good looking teenagers/young adults who’ve inexplicably ventured to a spooky cabin where their friends died; there’s the jock, the nerd, the bombshell, the bookworm, the cheerleader, etc. If the player makes the “wrong” decisions, events will unfold in the normal slasher formula where they are picked off one by one predominantly due to poor decisions. One of the first playable scenes, for instance, tasks players with controlling Mike as he ventures through a storm (and numerous threats) with Jessica to a remote cabin to have sex with her. This isn’t an exaggeration, one of the most groan inducing lines in the game is literally “are you really that upset with me and Mike that you’re going to ruin our fun? Well guess what, you can’t ruin it because Mike and I are going to screw. That’s right: we’re going to have sex. And it’s going to be hot, so enjoy because I know we’re going to.” Why they have to venture to a remote cabin to screw when they are staying in a gigantic ski lodge with plenty of private rooms is one of the many tropes Until Dawn seems to proudly wear on its sleeve.

Even though it follows the teen slasher genre to a T, clichés and all, it’s an expertly plotted slasher. The atmosphere is well-crafted, the characters are developed enough to care about them and the plot unfolds at a neat pace. A little over halfway through, however, the proceedings do a complete 180 and swap from teen slasher to paranormal monster movie. It’s a tonally jarring shift that while connects to the slasher parts well enough to work, falls short of the original intention of the title. Until Dawn would have been a much tauter experience if developer Supermassive Games had stuck to making it feel like a single (ultra long) interactive slasher film, but instead it feels like it has a bit of an identity crisis. Regardless, the story is ultimately still effective (although it ends too abruptly) and will keep players hooked until the credits roll. 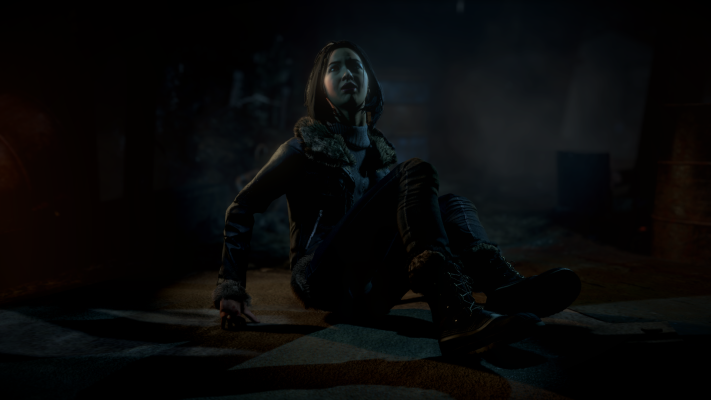 Until Dawn was a different beast when announced over three years ago. Originally conceived as a PlayStation Move release for PlayStation 3, the game had players navigating through the world in first person with the help of the PS Move controller. From what we’ve seen from the original version, most everything else was the same as the final release, but the gameplay changes had been drastic. For its PlayStation 4 release, Supermassive has essentially swapped out the gameplay. Instead of venturing through the player controlled story parts manually in first person, they unfold through QTE filled cutscenes. While QTEs have their detractors, they are much preferable over the original first-person segments. What we saw of the original game looked clunky, with the player simply running through an environment in chase. The exploration parts of the game, however, seem relatively the same with swapped viewpoints.

Outside of the QTEs, the rest of the gameplay rests in either decision making or wandering around the mountain. The environment is predominantly broken up into three areas: the ski lodge, an abandoned mine and a sanatorium. Why would anybody go to this hellish blender of a mountain is anybody’s guess, but it does make for an unnerving setting. All three of the main areas are well designed and do a great job ratcheting up the tension. The self-exploration parts are basically designed to trigger a jump scare before giving players a small amount of time to regain their bearings and get spooked out by the atmosphere before delivering another jump scare. While most of these jump scares won’t be predicted, that’s because there are far too many of them and most of them are far too cheap. I attempted to keep track of how many there were and tallied forty-three. That’s a lot of jump scares for what amounts to around a nine hour experience and far too many of them are random yelling ghouls flashing on the screen that aren’t explained well enough later on.

Until Dawn is scary and will have your heart racing, but it would have been much more effective if the jump scares were cut in half saving only the most clever and more focus was placed on atmospheric horror. Supermassive did an impeccable job crafting a dread-filled atmosphere and that’s true horror. Sure it won’t make you jump, but wandering around an abandoned sanatorium unaware what lurks around the corner is the kind of atmosphere that has you looking over your shoulder as you sit on your couch. 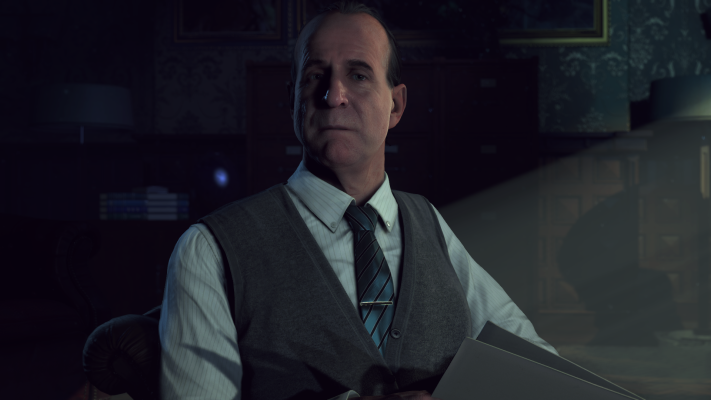 Until Dawn’s ace in the hole is of course its butterfly effect system that allows players to alter the course of events. Instead of decisions that trigger plot alterations being predominantly major things like shooting somebody in the head or not (although this does actually happen), most of the decisions are insignificant such as going left instead of right. The game is drastically altered, for instance, based on who you select to pick up a flare gun halfway through. It seems like a rather inconsequential decision that there’s no clear right answer to, but it completely alters the future of multiple characters. Some will be in awe of seeing a live demonstration the butterfly effect, while others might be frustrated that they killed two characters simply by making an everyday decision with no clear answer. Until Dawn is designed to be replayed, however, allowing those with the time to go back to individual chapters to rethink their decision after the first playthrough.

Visually, it’s nigh impossible to tell this began as a PS3 game. It looks fantastic through and through with realistic environments and characters. Framerate can be an issue as it doesn’t stay constant, but it’s hard not to be impressed when you’re not too busy jumping out of your skin. The assembled cast did a fantastic job bringing the characters to life. As motion capture was used to actually render their movements and appearance, everything seems quite natural. Rami Malek, who currently stars in USA’s Mr. Robot and is rapidly approaching“somebody just give this guy an Oscar for something” territory, is especially impressive. This is a guy who treated Until Dawn like an Oscar caliber film and clearly spent time trying to understand and get into the head of his character. Hayden Panettiere is also quite natural, but it’s perhaps Peter Stormare who steals the show. Stormare plays “The Analyst” who appears between chapters to gauge what scares the player most to help tailor the most effective experience. Although it’s simply Stormare being Stormare, the surrealism of the character bolster the overall worth of the experience and end up being one of its most unnerving elements. 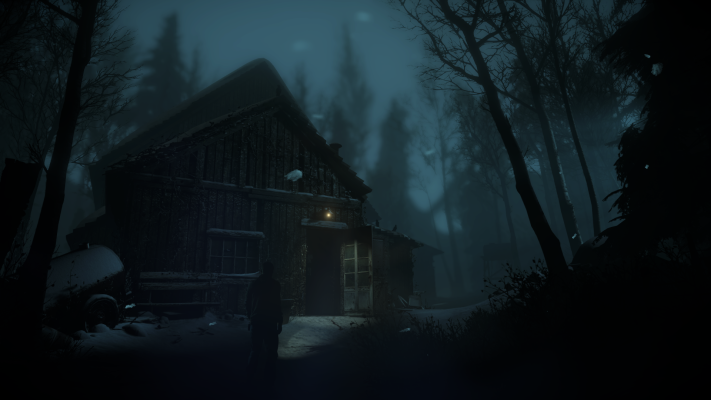 Until Dawn will likely be forever mistaken as part of Quantic Dream’s oeuvre. That’s high praise, however, as the French studio has come the closest to making a game that truly feels like an interactive movie. The area that Until Dawn fails to measure up to Quantic Dream’s efforts, however, is in its plotting. Everything is rather straightforward and cliché and while it’s easy to care for the characters, there’s a noticeable lack of poignancy. It could have been a near masterpiece if not for the tonal shift halfway through and if Supermassive committed to either going in the over the top Cabin in the Woods direction or delivering a taut and intelligent slasher like the original Black Christmas. Still, Until Dawn is gripping through its nine-odd hour running time and never lets off the gas. It’s scary — although sometimes cheaply so — and does a great job illustrating the butterfly effect. What Supermassive has accomplished so early in their tenure is impressive and something all horror fans should experience.