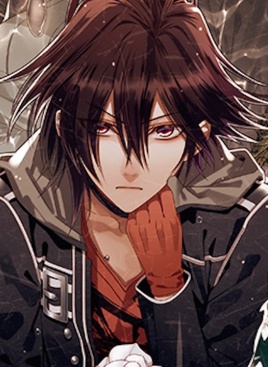 It may have taken years, but visual novels and dating sims are finally receiving their deserved attention on PC as well as handhelds. Otome, or games focused on female protagonists finding romantic partners, are seeing an especially surprisingly increase this year. Amnesia: Memories kicks things off as being the first major otome title to release on both PS Vita and Steam (with upcoming mobile ports on both Android and iOS on the way). The Amnesia series started on PSP in Japan, and has grown to be a fairly popular name for fans. Amnesia: Memories is not the absolute best of officially translated English otome games out there, but it deserves credit for a great many aspects.

Let’s start with the basic storyline. Our protagonist is a young woman who wakes up one day to find she has absolutely no memories of anything. Even her name is a mystery to herself right at the get go. She is not, however, actually suffering some sort of actual medical condition. For reasons unknown, a spritely little spirit named Orion has manifested itself in her subconscious. His presence in her mind blocks out all the memories she had up to that point, but she is able to regain them by actively seeking out people, items and conversations to spark a memory. It appears the best way to collect said memories is by interacting with outrageously handsome men.

In an interesting difference from many visual novels, Amnesia: Memories lets you choose which hottie you wish to romance right from the start. Well, sort of. The paths are marked by names like “Heart World” which may seem confusing to newbies, but once you figure out who is behind each path you can select the one you want to start off with. Once in the main game, you get quite the unique storyline with completely different CGs and moments from the rest. One tale begins with the protagonist in a hospital and no knowledge about how she got there, while another starts by throwing you right on a date with a stranger who is actually your boyfriend. It’s also interesting to see how players must jump into a storyline while relationships are already established. Instead of trying to woo a guy, you’re trying to discover who he is, and if you are able to love him again despite the amnesia. 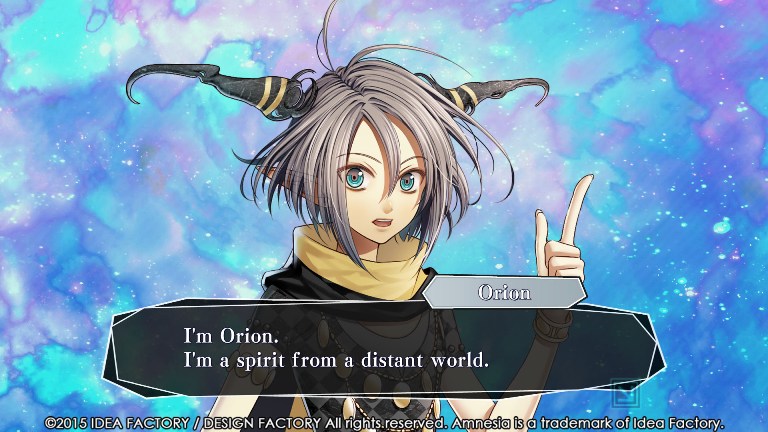 With that said, the majority of men are gorgeous, but vapid. Some are even downright rude and creepy to their supposed partner. There is a trope in anime where a character acts mean because they actually adore someone, but usually that’s a secret adoration. At the point when two characters are dating, this “asshole” personality doesn’t particularly make sense. Whatever the case may be, it detracts from the experience some may be expecting. Instead of having cute fun with equally cute guys, you’re sometimes at odds with the awful things they say. Once in a while they’ll say something tremendously sweet, but it comes too late. Some players may consider this depiction a bit more realistic, and others may like the cold/rude aesthetic, but it’s still something to consider before jumping into this expansive tome of a visual novel.

Players looking to complete Amnesia are going to be in for at least twenty-five hours of play (with room for much more depending on reading speed). Each of the four main paths offered up from the start includes multiple endings (with a new path unlocked once all are completed). One is a good ending — obviously what to shoot for — and there are two other endings as well. The middle ending is okay, but the bad endings are absolutely true to their name. Seeking these out may be desired for those with a devilish sense of humor, but most will probably want to stay far away from bad endings if they can help it. Sometimes it’s hard to avoid, though, as the ending is determined purely by dialogue choices. There are also many instances where choices seem so close that it’s impossible to perceive which is “right” and “wrong.” A guide would help streamline, and shorten, a playthrough. 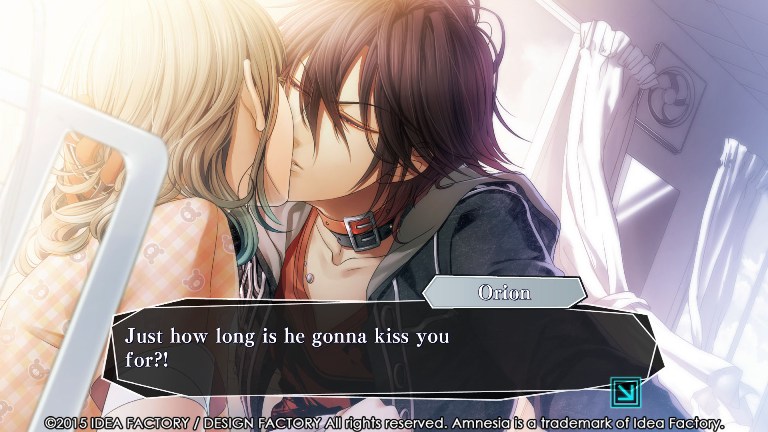 For as much as I was at odds with some of the main men, there’s no doubt that they are stunning as far as anime dudes are concerned. The artwork just pops on both PC and Vita, though Steam players will experience 1080p visuals. Characters blink, move their mouths and have Japanese voice acting which all showcase the high quality nature of this release. The only visual issue is a strange thing that happens when a character sprite changes on screen. Every time one appears on screen, or swaps to someone else, the entire screen fades to black briefly. It could be a purposeful design decision, but feels like a glitch considering sprites sometimes change frequently during character discussions.

Choosing exactly where to play Amnesia: Memories is mostly up to personal preference, but here’s a bit more info about what you can expect playing either version. Outside of getting to experience the luxurious 1080p PC visuals, the save system has been modified between both releases. Vita (and PS TV) owners get to utilize a quick save/load function to redo choices and the like. On PC, however, there are no options to quick save/load, but there is access to multiple auto-save slots. The difference is negligible, but some visual novel fans have a preference for one type of save over the other. The entire experience can be played with a gamepad on PC, which is useful for those playing in a living room PC setup. 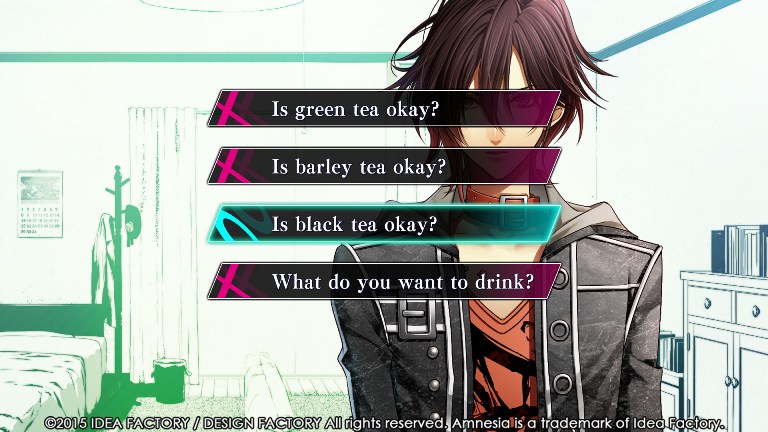 Amnesia: Memories has a great many strengths which include its fantastic visuals, high quality voice acting and tremendous replay value. Players coming in need to know that this isn’t just a fluffy, sweet otome title; there are mysteries to uncover which may reveal unpleasant things. Many of the men our protagonist dates are annoying jerks, and bad endings are seriously bad. All these features help to give the game depth and stand out against other genre contemporaries, though. There’s no doubt that each route proves intriguing enough to see through to the end, which is tremendously important when a game asks players to spend copious hours to do so. If you are enchanted by the prospect of Amnesia: Memories, delve right in and see how it subverts otome expectations.