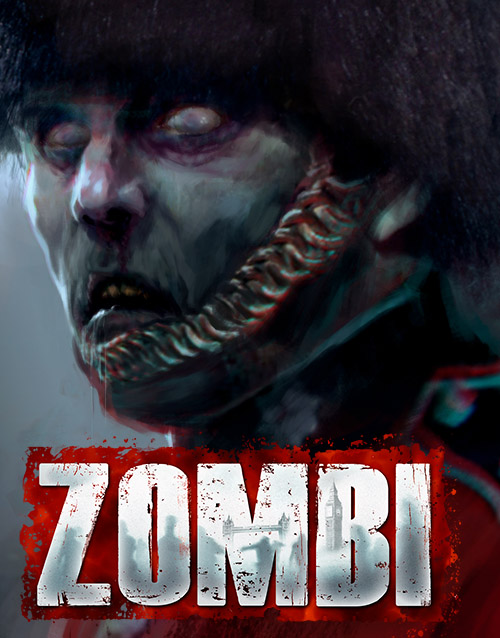 If there’s one guaranteed hit in the entertainment industry, or least a highly profitable one, it’s zombies. Everyone loves those infectious, nightmare-inducing undead monsters, so what better way to get the attention of the masses than implementing them with roguelike elements in a video game? That’s exactly what Ubisoft did three years ago with Zombi U, and yet, even well past its prime, Zombi has found its way back into the headlines. It was an interesting experiment for Ubisoft, creating a punishing and violent game on a Nintendo platform, and while it was met with mixed reactions, it was still something new. Who would have thought we’d see a hardcore survivalist game on the follow-up to Nintendo’s most casual console? Since its release, Ubisoft has joined forces with with Australian developer Straight Right to create a more modern iteration of the game, and while it’s a nice gesture to get this into the hands of a larger audience, it doesn’t quite work out as well as it could have, creating more problems than it solves.

As the title suggests, Zombi is a game about zombies. Players take on the role of a random survivor in Great Britain where an outbreak has spread across the land, turning everyone into the mindless, flesh eating undead. There’s not much known at the beginning; why the world is like this and who this helpful man is, guiding you carefully to his comfortable safe house, but you get just enough of a bread trail to keep things interesting. Players won’t be coming for Zombi for its story, but instead its gameplay. Zombi is not a traditional first-person shooter but more of a first-person action game, similar to that of Condemned, where melee is the primary skillset of choice, namely the use of a cricket bat, because that’s the perfect reminder that you’re in London and not America. There are a good number of firearms and a fair amount of ammunition lying around, but they’re handed out sparingly because it draws a lot of attention. Ubisoft tries to enforce the use of fire arms in a lot of situations, though, but it’s usually best to run away and then reinforce a door when it comes to multiple enemies, at least when you’re not trapped in an arena. 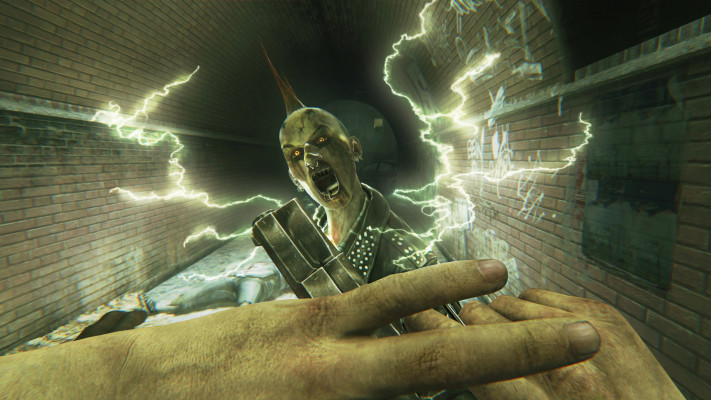 Zombi is very much a difficult in the sense that any small encounter could be your last. One stray zombie who sneaks up behind you can take you down. One wave of undead frolicking randomly can be your undoing. There’s just so much that can go wrong so quickly. It’s mainly due to the zombie’s insta-death moves. Enemies will flail their arms around like maniacs to do damage, but if one grabs you, whether you’re full health or not, it will finish the job instantaneously. This is where quick thinking and reaction times come in handy as knowing how to push an enemy back and control distance is absolutely key. You could take one swing with a weapon and gauge the distance incorrectly and that’s it. You have to start all over again.

The way Zombi handles death is similar to that of a game such as Dark Souls, but with a little bit of a roguelike features added. So when you perish outside of your safe house, you will start anew as another random survivor. It’s not only that, though as all your items and weapons will be attached to the previous survivor, and in order to recollect them, you must trek all the way back to the last location and kill your previous self without dying. It’s a risk reward situation when gauging how far you want to go outside of the safe house’s fast travel locations, because if you don’t get your gear back, it can really bite you in the rear. This is probably one of the most interesting elements Zombi has going for it. It ensures players will play cautiously and brings the more realistic side to zombie games out. If you look at most zombie games, if you’re bitten, it’s no big deal. You’re hurt, but you’re miraculously not infected. This ensures that once those teeth pierce your skin, it’s all over. 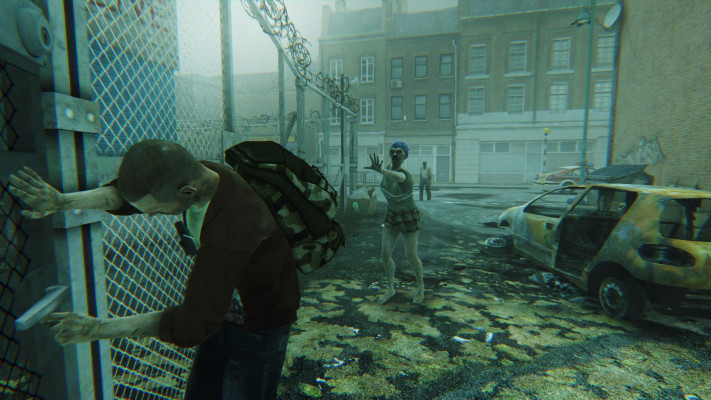 Death wouldn’t be that big of an issue if the general gameplay wasn’t so antiquated. It was somewhat understandable how it originally operated on the Wii U because there was a tablet portion to it, allowing players to quickly get in and out of menus, along with a number of unique ideas to boot, but the new bag mechanic takes out all the tension that once was. The overall handling of weapons also feels clumsy. While it’s enjoyable to line up strikes for the first few zombies, it becomes quickly becomes repetitive and doesn’t help that the scenarios also repeat themselves. Go into a location, scan ahead and wait for zombies to jump you, keeping yourself at bay to slowly dwindle their health. There’s really not much to it. Guns also feel shallow and purely boring to use. There’s also not much of a stealth mechanic to speak. While a lot of areas have predetermined enemies that will find you, without a crouching mechanic, there’s no real good indication if you’re going to be successful to sneak up on someone. For a game that’s about fighting and running from zombies, the core mechanics feel dull, as much as the difficulty does add to the experience.

Zombi performs much worse than anyone would have expected. For a three year old Wii U game, you’d think Ubisoft would ensure it runs buttery smooth on the more powerful hardware. Unfortunately that isn’t the case as it hitches up quite a bit. It does run generally at 30 fps, but on frequent occasions, the frame rate will drop like a rock and has to recover over a couple of seconds. The newly reworked backpack system is also especially glitchy, constantly flickering on and off screen when looking through items. Finally, the visuals are nowhere where they need to be. So many developers are able to remaster last generation games well, but this is an unfortunate mess. It’s by no means hideous, but its aesthetic and technical levels are groan inducing. The chromatic abbreviation also damages the eyes, trying to make it look remotely better than it actually is. 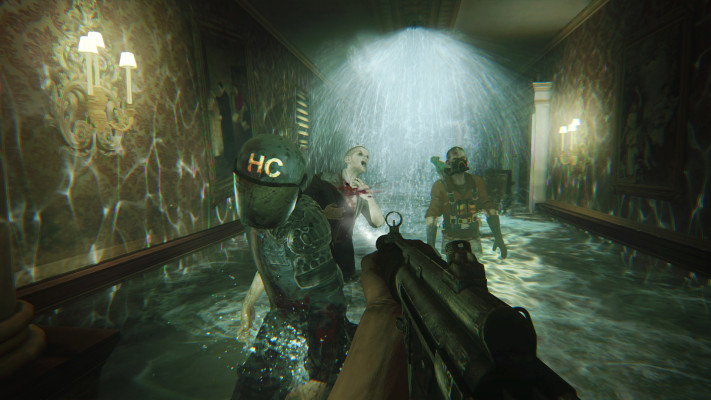 There’s parts of Zombi that are entertaining to play, while there are others that just fall apart. There’s nothing like Zombi when it comes to its survival elements, actually ensuring a sense of dread and tension for every step forward, until you get to its archaic and clumsy gameplay design. Actually engaging with enemies feels unwieldy and quickly becomes repetitive. Even the port quality is at odds with itself as Straight Right has created an unstable slog that, while still playable, can be frustrating to get through. Spotty performance, a terribly boring aesthetic and a messy, cobbled together combat system amounts to something that had potential, but was beaten over the head with a cricket bat.