Well known for their video game headphones in the console space, Turtle Beach has unveiled a new themed headset at PAX Prime today. The New York-based company has teamed up with Lucasfilm to bring a Star Wars themed headset to the market just in time for EA Games’ release of Star Wars: Battlefront (and the upcoming seventh film).

“With as many Star Wars fanatics as we have at Turtle Beach, it’s been hard to not let the droid out of the bag about this unique gaming headset,” said Juergen Stark, CEO, Turtle Beach Corporation. “Our top-quality gaming headsets allow us to work with the biggest brands in the world, and we’re very happy to continue our ongoing collaboration with Lucasfilm and EA to support Star Wars Battlefront.”

This is a wired Stereo headset that is fully compatible with Xbox One, PlayStation 4 and PC. The standard Sandtrooper headset will be available in UK, Australia and select territories in Europe, with a limited edition version being released exclusively at Best Buy in the United States. The headset will have interchangeable faceplates if you want to spend the extra dough.

Consumers are able to pre-order the headset right now at Best Buy and will cost $99.99 USD with an unknown release date. 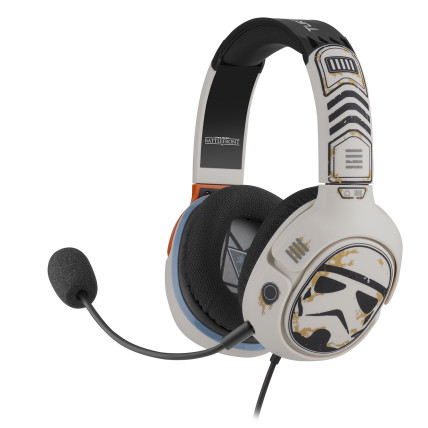 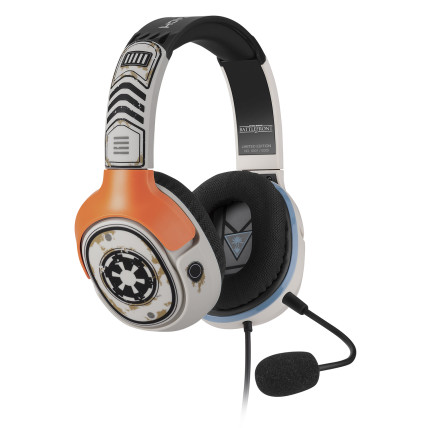