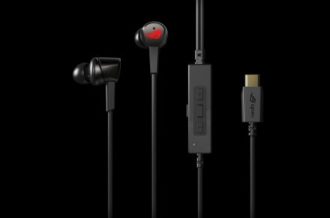 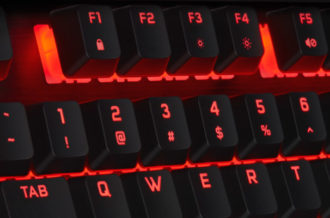 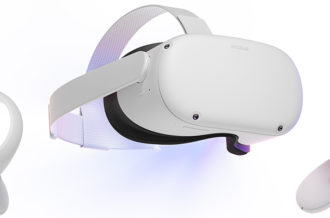 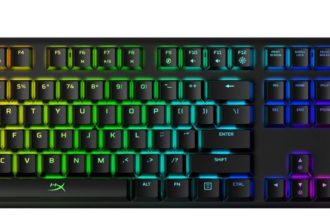 The most common description one can bestow on the feeling of going to PAX is pure sensory overload. Taking in the sites and sounds of so many booths and offerings vying for the attention of the public can leave a first timer a gibbering mess. I know that is how I felt after my initial one. Once the attendee becomes inoculated to the sensation, it takes something special to render the veteran speechless. The demo I received for the Oculus Touch knocked me stupid.

My time started becoming acclimated with what this virtual reality hardware can do. I have worn the set before, but it was for underwhelming indie offerings that were full of themselves trying to create some trance type scenario, or it was so poorly optimized that I felt it would be a long time still before this idea became viable. My demo of Eve: Valkyrie for the Oculus Rift proved me wrong.

When it started up, I found myself in a cockpit with an array of switches directly in front of me. I could look to my right and left to see where the canopy sealed, and looking down revealed a body with hands holding the control sticks. After a brief amount of time, the space fighter took off, rocketing me down a tunnel, and I found myself among the stars, surrounded by a fleet of ships. Just looking around, using my head to turn left and right was amazing. Soon, a large amount of enemies attacked, and I found myself in the midst of the most immersive dogfight I have ever experienced. It felt natural to turn to look in various directions to track a villainous fighter and then steer my ship to bear. After taking down a dozen or so ships, a Death Star type object warped into the space, and the demo ended with the casual vaporization of myself and the rest of my AI teammates. When I took the goggles off, I felt elated from the experience. 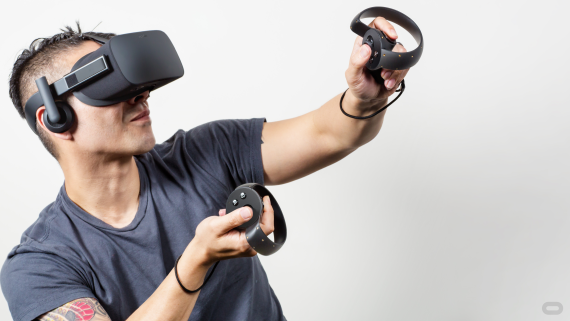 There is a whole new aspect that can be paired with the Rift headset. The Oculus Touch looks to up the immersion factor even farther. This is paired set of controllers can take a minute or two of acclimation time, but quickly becomes second nature. These rest in the palm of the hand, with one natural trigger groove for the index fingers and one for the rest of the fingers on each hand. There are analog sticks for the thumbs that react to touch, meaning that when I lifted my thumbs from them, I gave a thumbs up in the computerized world.

After being given a moment to get used to the controls, I was taken through the “Toy Box” demo, made famous during the last E3. In it, I was presented an array of toys and directed through the use of them through an Oculus employee. We played with ping pong paddles, bouncing the ball back and forth. This might seem dull, but he was able to immediately change the physics that applied by selecting a globe from a podium and smashing it on the table in front of us. He then told me to pick up a ping pong ball, bounce it off the table, and hit it to him. I tried to do as instructed but found that the ball rocketed quickly out of reach and continued to the stars. To prove that this wasn’t a well timed but pre-programmed trick , he handed me one of the globes and allowed me to break it at my whim, changing the physics again. After this was done, we played with numerous other toys. I shot boomerangs out of the air with a ray gun, we played with a lighter and shot off fireworks, there was even a remote controlled tank battle. We shrunk each other, used sling shots and destroyed numerous breakable objects (hey, if they didn’t want to be broken, they wouldn’t be so fragile!) 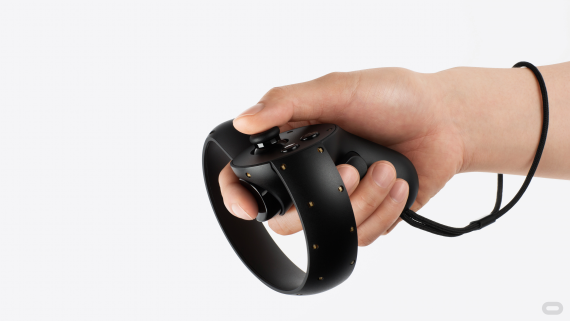 The biggest testament I can give to the amount of immersion to be found here is this: when the demo ended, I found myself trying to politely put the controllers down on the virtual table in front of me. It wasn’t there, but it just felt natural. I caught myself before looking really stupid and letting go of these things so that the booth runners would find me there with controllers hanging by straps from my wrist. But wow. Just…just wow.

I was dumbstruck. Even now I find myself smiling with delight at what I experienced. Without hyperbole, the Oculus Touch has managed to invigorate me in a way that I haven’t felt since playing my first video game. It truly is the most impressive application of technology that I have ever personally used.