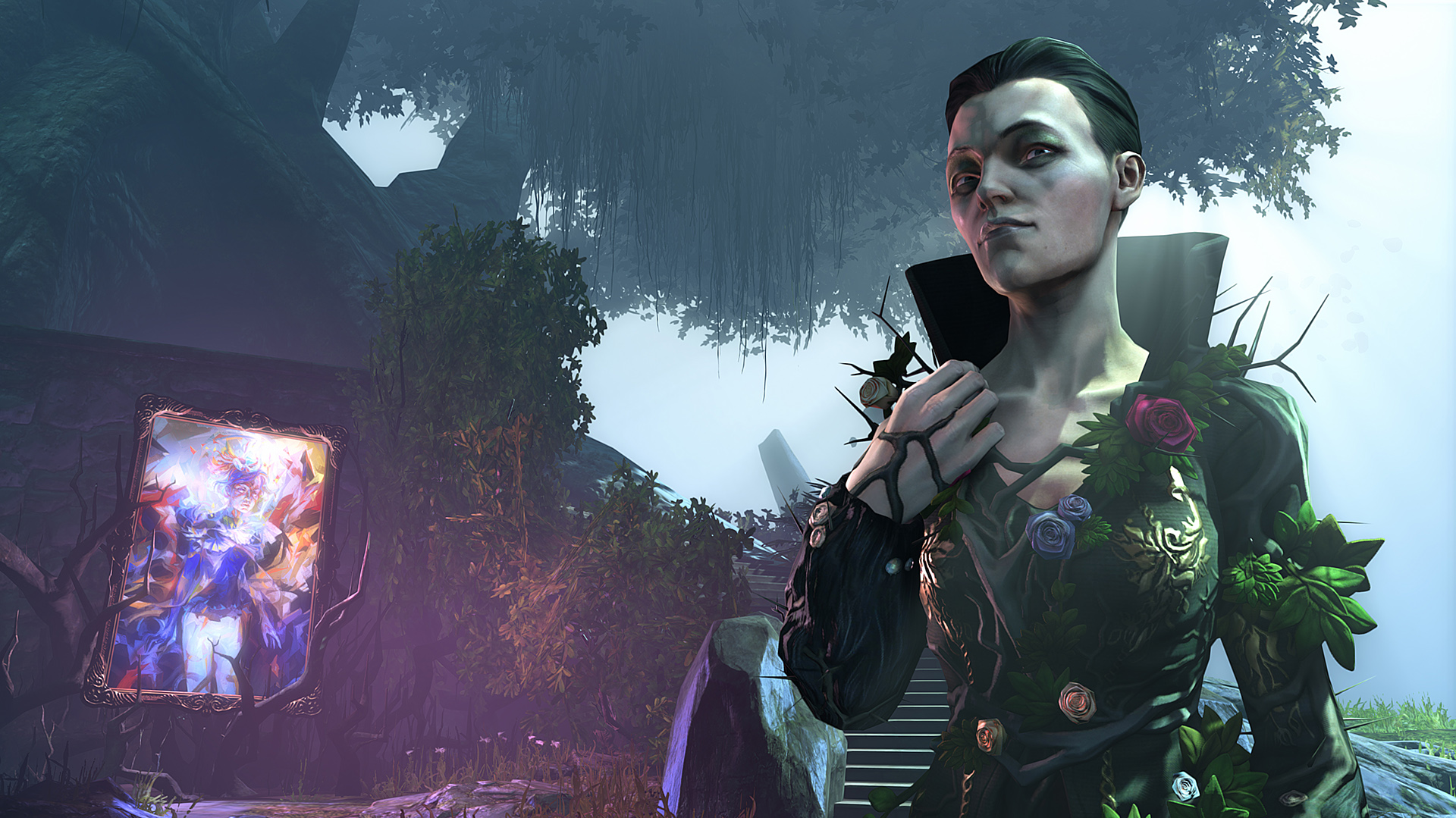 If there had been more hype and fanfare swirling around the release of Dishonored: Definitive Edition, nobody would blame fans of Bethesda’s surprise hit for being disappointed. After all, with all of the remastered titles hitting the PlayStation 4 and Xbox One, the audience for these games demands a bit more than what it previously received. Sure, Dishonored: Definitive Edition might kick up the resolution to 1080p and include a small handful of gimmicky controller speaker features, but other than that it’s a simple port from last generation to this generation. The thing is, Bethesda didn’t lead us to believe anything other than this; yes, if you’re looking to play the best console version of 2012’s Dishonored, you’re going to head to the PlayStation 4 or Xbox One. Of course, it’s hard not to wish for substantial improvements out of Dishonored: Definitive Edition, as it really is nothing more than a “Game of the Year” edition with a higher resolution three years after release.

Those who missed Dishonored back in 2012 are doing themselves a disservice by not giving this first-person stealth-action title a shot. Everything about Arkane Studios’ unique franchise feels like an original and novel take on the stealth genre, which has certainly seen its ups and downs in the past few years. Now that even linear games are able to thrive with some level of open-ended gameplay, the entire stealth genre seems to be moving towards the idea of simply giving players complete freedom at every moment. This was the reason that Metal Gear Solid V: Ground Zeroes laid such an incredible foundation for The Phantom Pain, and why rigid games like Thief tend to perform poorly nowadays. Dishonored, essentially a supernatural linear series of Far Cry outposts, was one of the games that kicked this recent trend into high-gear. You could complete the entire game without killing a single person, or you could be an absolute monster terrorizing the streets of Dunwall. The fact that you were journeying along a straight path with seemingly endless options is what made this such a special game three years ago, so the idea of a greater audience getting a chance to experience this gem for the first time before Dishonored 2 is absolutely wonderful. 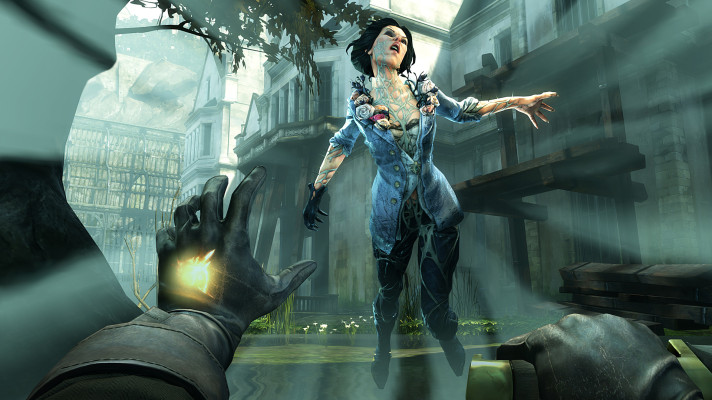 Dishonored tells the story of Corvo Attano, the highly-skilled former bodyguard of Empress Jessamine Kaldwin, who is framed for the murder of the aforementioned Empress in the opening moments of the campaign. After receiving supernatural powers via a bizarre vision, Corvo escapes from prison and sets off to change the course of Dunwall’s history and clear his name. Along the way, tales of government conspiracy and grassroots militia efforts highlight a story that is actually far deeper than it appears. For a large linear game, albeit with multiple paths and endings, to work, there has to be some level of player investment in the world it takes place in. Not only does Dishonored keep players guessing throughout its campaign, but Arkane Studios has developed an intriguing universe in which every player action feels consequential. The idea of every major game getting a sequel in today’s world can occasionally get tiring, but the fact that Dishonored 2 will be in our lives in the next couple years is nothing short of thrilling. Dunwall is the type of place that just begs to be fleshed out as much as possible, and giving players to refresh their memories or jump in for the first time (sometimes we forget that a whole new generation of gamers bought a PlayStation 4 or Xbox One as their first console purchase ever) is wonderful.

What makes Dishonored‘s gameplay special, aside from the fact that certain quirks of yesteryear still exist (such as a control scheme that seems to exist outside of the continuum of normality), is the fact that you’re able to adopt Corvo to meet whatever style of play you feel like implementing at any given moment. Want to zip around the streets without ever letting an enemy seeing you? Dishonored has you covered. Are you the type of person that wants to kill everyone in the most insane manner possible? You’re going to be all set here. However, some of the bonuses included in Dishonored: Definitive Edition find a way to cheapen the original progression system by giving players too much too soon. Because the Definitive Edition includes every one of the retailer-specific currency packs, dubbed the Void Walker’s Arsenal, players are able to start their respective campaigns with an excessive amount of gold and Bone Charms in their possession, which causes a great deal of ludonarrative dissonance early on. After all, Corvo is supposed to be someone who works his way up to immense power over the course of a few hours, so having a taste of the insanity that is to follow right away is a bit strange. The Void Walker’s Arsenal is made up of four smaller bonuses, which aren’t too much of a problem individually, but together they cause Dishonored: Definitive Edition to feel a bit less intense. 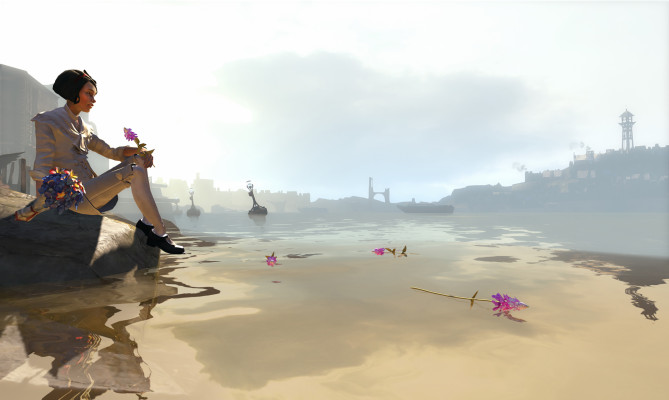 So let’s dive into what exactly makes Dishonored: Definitive Edition different from the original 2012 release. To start, the resolution has been kicked up to 1080p on PlayStatation 4 and Xbox One, which doesn’t make as much of a difference as you would think. Because of Dishonored‘s watercolor-style visuals, a bump from 720p to 1080p doesn’t highlight texture detail in the way that other remastered titles have. As someone who originally played Dishonored on PC, it’s a bit disorienting and disappointing to see the framerate remain locked at 30 FPS in the Definitive Edition. First-person action gameplay is almost always more precise at 60 FPS, meaning that even though this game is titled Dishonored: Definitive Edition, the true “Definitive Edition” is actually on PC. Though the technical improvements and general lack of new content is disappointing, it’s nice to see all of Dishonored‘s DLC in one place. Granted, this is the same situation as Dishonored: Game of the Year Edition, but having the chance to play through Dunwall City Trials, The Knife of Dunwall and The Brigmore Witches is a definitive plus. If you’re someone who is eagerly awaiting Dishonored 2, this is a chance to visit or revisit some underrated pieces of DLC before the final game is released next year. Oh, it’s also worth noting that Corvo’s heart can trigger dialogue via the controller speaker on the PlayStation 4 version, so if that pushes the needle for you, there’s that. 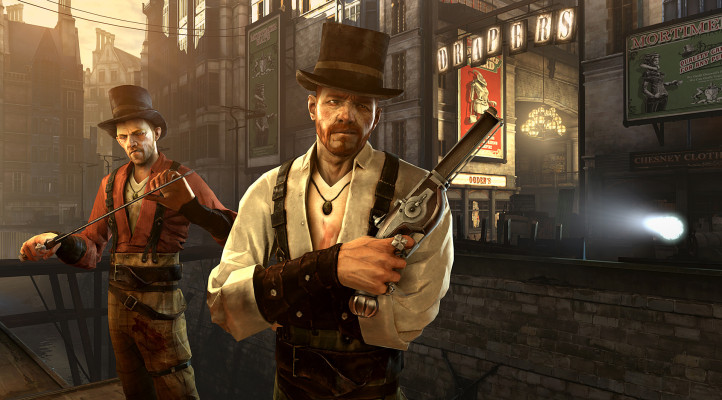 Maybe the flurry of remastered games this generation has changed what we picture when a game has a subtitle like “Definitive Edition” attached to it. With Rare Replay, Grand Theft Auto V and Mega Man Legacy Collection feeling like works of love rather than profit, it can be disappointing to see such a straight port emerge on the PlayStation 4 and Xbox One. When you really think about it, though, Dishonored: Definitive Edition has received a small amount of coverage since its reveal at E3 2015, so there’s no way to say that Bethesda misled us at all. Still, it would have been nice to see a bit more treatment given to Dishonored: Definitive Edition, as this underrated gem is something that should be experienced by as many people as possible. At the same time, it’s great to see yet another great game hitting the PlayStation 4 and Xbox One storefronts, and even though it’s largely the same package that we received last generation, these two console libraries are still bolstered significantly by the presence of Dishonored.