After only four and a half years since Duke Nukem Forever, 3D Realms is getting set to release their next game. Settle down; I realize that this is an impressive turn around time for them (just when we thought that joke was over, it rises shambling from its shallow grave, dripping decaying skin and showing the lack of creativity on my part). With that obvious poke out of the way, let’s dig into what Bombshell has to offer.

As to be expected, this is an action game. This time, it takes place from the top down perspective. In the game, player takes control of the titular Bombshell, starting with her quest to save the president. Using WASD to move and the mouse to aim, controlling her is natural as she dodges incoming fire and mows down alien scum with her base weapon, the Ion Maiden. There are experience points to earn to upgrade stats and abilities as well as resources to pick up for upgrading various weapons through their unexpectedly lengthy skill trees. 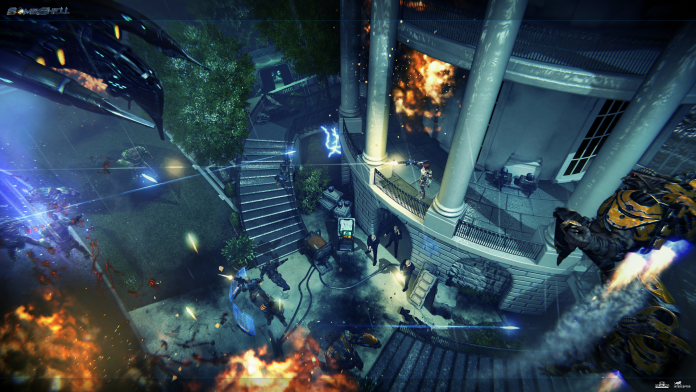 The combat here does feel good. It’s fun to flow from one encounter to the next. The environments themselves lend a lush feel to the proceedings. Making use of vibrant colors, it feels like there is more life here than in many of its contemporaries. 3D Realms has made great use of the Unreal 3 engine in creating the look and feel of the game.

As is typical of 3D Realms, the sense of humor found here keeps the experience from traveling up its own orifices. The weapon names are as goofy as the guns are powerful. In addition to the Ion Maiden, the Maxi-Gun (more powerful than a mini-gun), and the Mother Flagger can be found early on. As far as the dialogue and story goes, fans of Duke Nukem will have a good idea of what to expect. When I spoke to 3D Realms vice president Frederick Schreiber, I mentioned that the continual referral to enemy as “alien bastards” really reminded me of Duke. With an intentionally comical look of confusion on his face, he pointed out that all aliens are bastards. 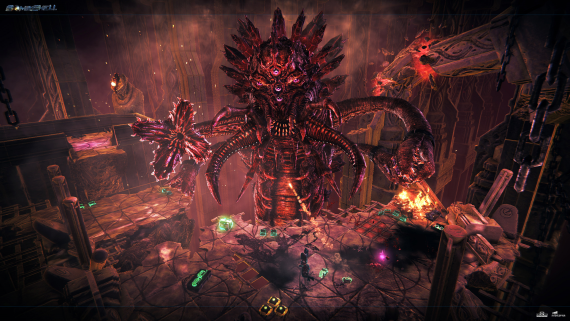 That isn’t to say that the story beats will be as some of the games in 3D Realms’ past. One particular twist was revealed that, while still falling into the campy story line, adds a bit of depth and motivation to the protagonists. Bombshell herself feels like a more rounded character with a more in-depth personality than the “drunken dreams of an ex-alpha male” Duke.

One aspect of particular note is that females are not being short changed here. Bombshell is a heroine that is about being hard-core. There is hardly any cleavage is on display. No special attention is given to the fact that she is female. It was decided early on that she was to be awesome first and then female second. The same extends to the female president. When playing the demo, I realized that the president was female, but it seemed so natural in the world that it didn’t strike me as remarkable until later. I did ask Frederick if this was a direct response to some of the criticisms leveled at Forever. He denied that it was, stating that the concept of Bombshell had been around since before Forever hit the stores. (I realize that doesn’t narrow down the time frame much.) 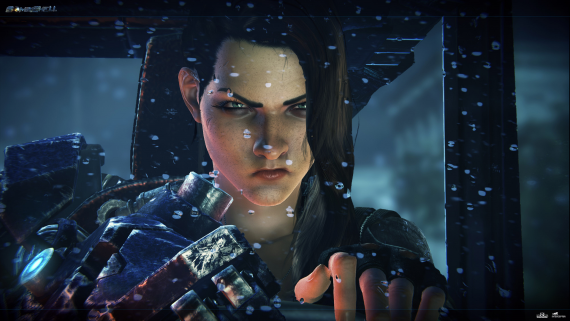 For those who worry that the attitude towards females might come across as preachy in the game, there is no reason to fret. This game is all about the cathartic fun of destroying the alien foe, something that can be done quite well. The wait won’t be too much longer, either. Expect Bombshell to be available on PC, Xbox One and PS4 before the end of the year.