Of all the things to be taken away from this year’s PAX Prime, seeing the true potential of virtual reality with the Oculus Rift was the most significant. I was sold by the tech demos that I received, and I now know which piece of software will be the first loaded up when I finally get one in my home: Minority’s Time Machine VR.

The elevator pitch of this one is that the player is cast as a time traveler who is tasked with saving the world from a plague that is consuming mankind. Finding the information needed requires traveling back to the Jurassic era and researching the sea life of the time. When exploring the underwater environments, expect to see scientifically accurate creatures and biomes in breathtaking detail. 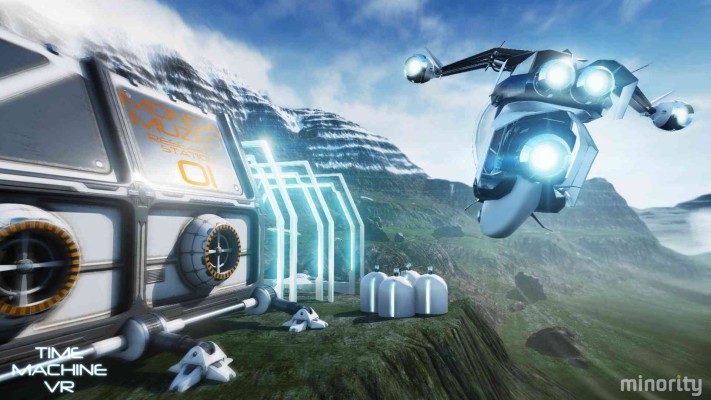 When speaking to Lead Designer Patrick Harris, I asked if this was intended to be an educational game dressed up as “the fun kind,” like chocolate covered brussel sprouts. He balked at this. This game is designed by, and made for hardcore gamers. While they do have a paleontologist from McGill University in Montreal assisting with the accuracy, this is only to increase the immersion.

The effort is absolutely worth it. During my extended press demo, I wove through rock structures, scanned sea life, and used time slowing powers to move into the jaws of a large mouthed sea creature. I was able to research (and be eaten by) two pliosaurus as they stalked a school of ophthalmosaurus. 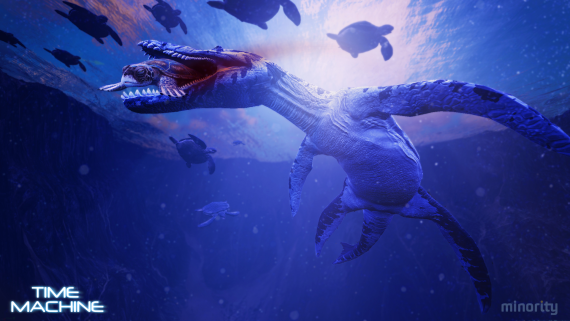 While there will be a long, structured campaign, Patrick Harris pointed out that finishing the story is only a small part of the game. As the player moves through the story, more abilities will be earned. These can then be taken back to previous areas to unlock new regions to explore, similar to a metroidvania style game.

Motion sickness is absolutely nothing to worry about here, either. While the game has some high minimum PC spec demands, that is because Minority is making a high frame rate the top priority for the experience. The minimum frames per second count is ninety. At this point, the eyes and the brain are properly tricked, eliminating the potential for the primary worry of the technology. They are so confident that motion sickness would not be an issue, they didn’t bother stocking any of the normal nausea counter-measures. Based on everyone I saw play the demo and leave the booth, they are right on target. 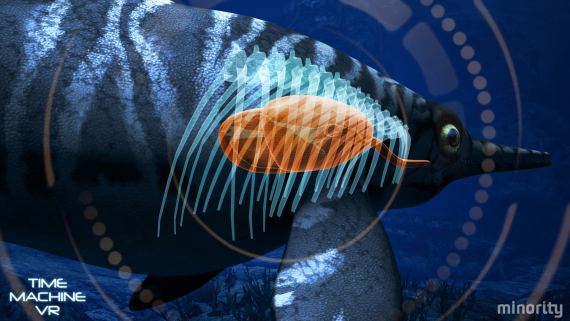 I was allowed a press demo that lasted quite a bit longer then the rest of the demo, and I played. I played quite a bit. I still had more I wanted to do and only stopped because I heard someone in line complaining about the wait. I figured that I was in for ten minutes, long enough to give this demo a fair shake. During my post play interview with the lead designer, I was informed that I was in for about forty-five minutes.

Whether that story should serve as an endorsement or a warning should be left up to the individual. The good news is that the Early Access version is already up on Steam and can be played on DK2 or Crescent Bay rigs. At the time of writing, the price is $9.99. To anyone who has the hardware or plans on getting it in the future, I would recommend picking this up right away. As more features get added, the price will increase.