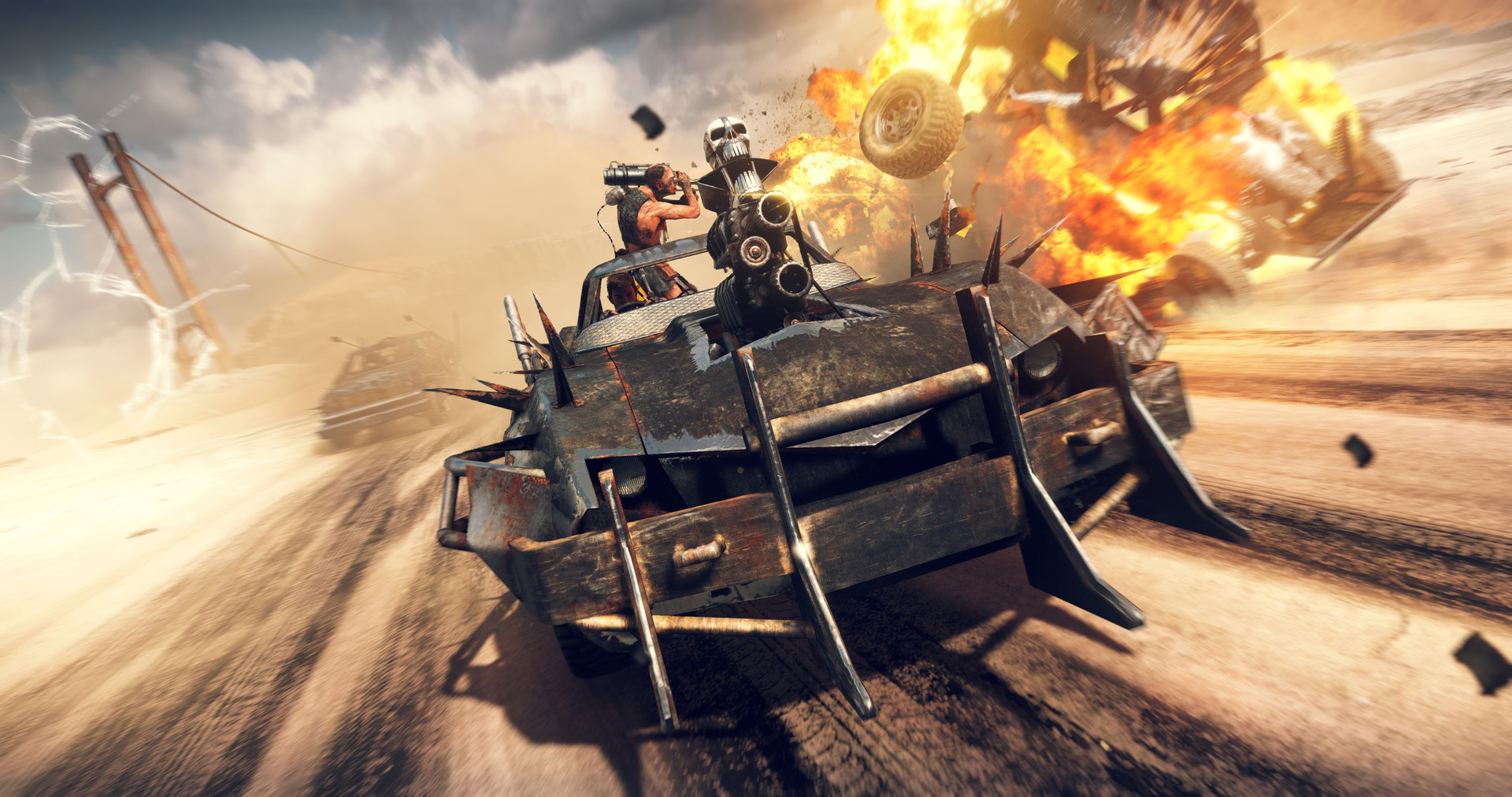 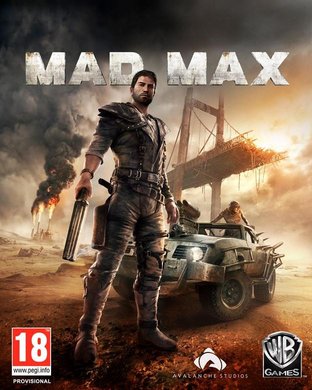 Out of the many high-budget games released in the past few years, none feels more like a AAA title than Avalanche Studios’ Mad Max. It’s a testament to the commercialization of video games, as it feels like it encompasses every anti-player mechanic imaginable without sacrificing a base level of entertainment. For every smile-inducing moment in Mad Max, there seems to be a matching instance of design that doesn’t seem to take fun into account. Nowhere is the problem with this particular game better illustrated than in its single biggest draw: upgrading the Magnum Opus, your ultimate battle vehicle. Sure, it’s exciting to level up your car and see the results of your efforts translated into an awesome in-game item, but the sheer amount of busywork that goes into earning these upgrades simply isn’t fun. With a gorgeous open-world filled with busywork sporting intriguing characters in an abysmal story, Mad Max is about as hit or miss as it gets.

Within the open moments of the campaign, the titular main character finds himself left for dead in the middle of a barren wasteland after the ruthless Lord Scrotus (son of Mad Max: Fury Road‘s Immortan Joe) beats him down and steals his car, The Interceptor. Max is left to pick up the pieces of his humble life and, with the help of a bizarre hunchback mechanic known as Chumbucket, sets off to get his car back and seek revenge. This initial opening cinematic is about as close to a MacGuffin as a plot-moving device can get without actually being one (being that this has the framework of a revenge story), as the overall narrative is told in the franchise’s traditional minimalist manner. The thing is, even though Max’s car being stolen forms some sort of a reason for him to continue his journey, as the story moves forward, it feels as though Avalache’s writing team forgot to give him tangible reasons to care. Nowhere is this more evident than in the final third of the main quest-line, where Max basically obtains a pseudo-family that he deeply cares about without players witnessing any of the moments necessary to establish a bond of that level. In aiming to weave a story that’s largely based upon atmosphere, a few basic tenants of narrative design seem to have fallen by the wayside here. 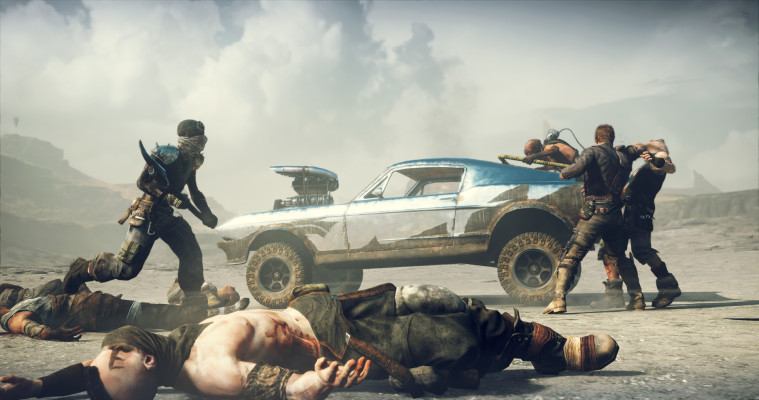 It’s a real shame that Mad Max‘s narrative is such a disaster, as the sheer number of fantastic characters in this fascinating world are seemingly left to rot. Naming and describing every interesting character in Mad Max would likely create a long-form article on its own, being that literally every major and minor character outside of Max and his aforementioned adopted family, Hope and Glory, are interesting in their own right. Max’s blandness and stoicism can be easily explained away considering that he’s a battle-hardened survivor, but inserting a stereotypical damsel and a child whose personality could be described as, well, childish, into a world rich with intrigue completely weakens what Mad Max is going for. From the amazing visual design of the self-proclaimed immortal Lord Scrotus to Chumbucket’s quips in the back of the Magnum Opus, there is something to love about nearly every character present here. Some of the more bizarre characters, including a Warboy whose only duty is to provide blood for transfusions, are so cringe-worthy and bizarre that their insertion into one of the most by-the-books open world stories around feels like a massive letdown.

In regards to the world that Avalanche has created, things are far more positive. While the environment pretty much comprises of desert landscapes and nothing more, there’s a tangible sense of desolation and wonder for players to lose themselves in. For a game that’s almost entirely some shade of brown, this environment finds a way to make every area feel unique thanks to a number of awesome landmarks. One of the best looking games to come out all year, Mad Max truly makes you feel like you’re trying to navigate a world trying to kill you. The overall atmosphere of the world is so wonderfully realized that it completely diminishes the shoehorned-in survival mechanics, which require you to maintain fuel levels and use water and food (read: dog food and maggots) to regain health. The thing about this particular wasteland that’s truly a shame is that it would be able to stand on its own as a fun place to explore, granted with interesting mission design, without having bland, repetitive activities splattered across it, but sadly for players that’s exactly what they’re going to find when they hop in. 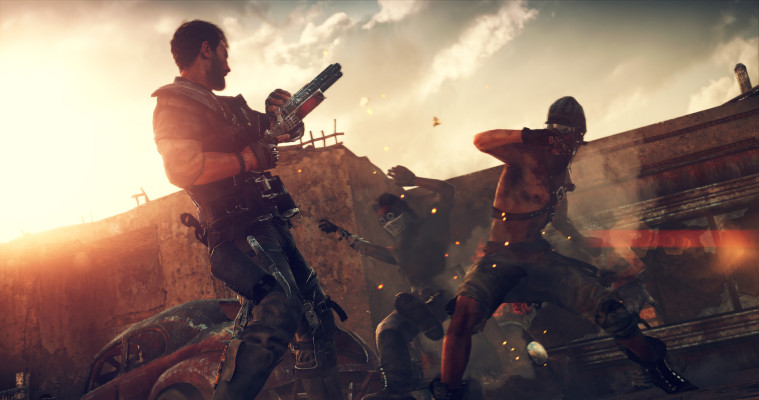 Mad Max, for all its mediocrity, is at its absolute worst when it comes to its mission design. If you were to take every standard open-world quest trope, namely endless scavenging and repetitive base captures, and stuff them into a single game, you’d likely wind up with something resembling Mad Max. A campaign that would be roughly seven or eight hours long is nearly doubled by progress gates that require you to complete numerous side missions (read: chores) until you’re able to continue on your journey. This is perhaps the single biggest sin one can commit in creating an open-world game, as players should be driven to complete side activities on their own rather than simply being forced to in order to lengthen the experience. The worst part about this is that none of the side missions are particularly fun. From demolishing towers that decrease the threat level of a given area to capturing bases that feel completely linear, unlike the amazing Outposts in the Far Cry series, every activity in Mad Max feels like homework rather than genuine fun. Even the campaign missions leave something to be desired when you’re not fighting other vehicles in the Magnum Opus, as these encounters largely amount to fetching an object after defeating hordes of enemies using watered down Arkham combat. Those seeking a video game that will entertain them simply by assigning them tasks will find themselves captivated by Mad Max, but those who want their content to be meaningful should probably run far far away.

Combat in Mad Max is fifty percent awesome, fifty percent bland as it gets. Whenever you’re in a car ramming into enemies, engaging in chases and firing harpoons at enemies, there’s a tangible sense that you’re playing a dynamic action movie. If any part of this particular game feels like Mad Max: Fury Road, this is it. Upgrading your car, though cumbersome due to the sheer amount of scrap you need to scavenge, drives players to do more and more, as the better your car gets, the more fun combat becomes. The thing about the car combat system that makes it exciting is its novelty; outside of the Twisted Metal franchise, we haven’t necessarily seen vehicular combat that feels this exciting. Compare this to the ground combat, which basically amounts to the standard X-Y combat of the Arkham series without any of the dynamic combos, and it’s easy to see why Mad Max falls flat on its face whenever you leave the Magnum Opus. It’s also worth noting that this bland combat system, which is definitely starting to get stale and long in the tooth, goes from boring to awful as soon as you get into enclosed spaces, as the camera finds a way to lose its mind here every single time.

In terms of the PC version of Mad Max, it’s a testament to how to optimize a AAA game for this particular platform. On a rig sporting a GTX 970 and an i5 4690k, the only times that the framerate dropped below 60 FPS on max settings was when I received a Steam notification signaling my download of Metal Gear Solid V: The Phantom Pain was complete. If you have the means to play Mad Max on PC, and you’re not dissuaded by its mediocrity, you’re going to want to choose this particular platform. After the debacles that were the PC versions of Arkham Knight and Mortal Kombat X, it’s such a relief to see a WB-published game that feels perfectly suited for PC play. 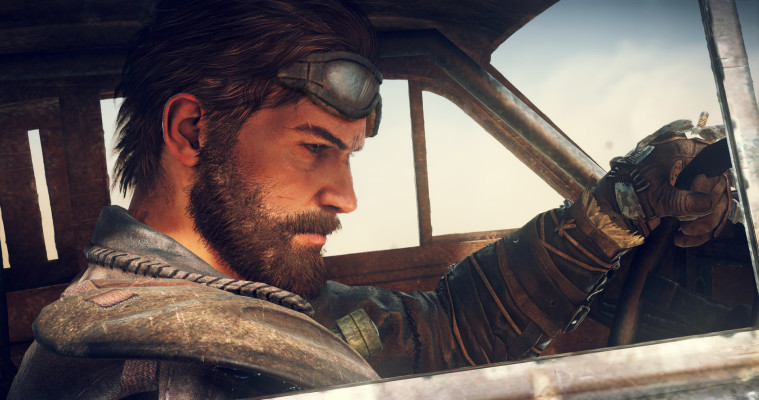 While Mad Max avoids being the disaster that the development hell storylines surrounding it suggest that it could have been, it’s an absolute testament to mediocrity. Its characters and the world itself provide a great deal of intrigue, and they will keep some players interested, but there are too many flaws to consider it a solid video game. From its bland quests and progress gating to the fact that it uses a weak clone of the standard Arkham combat system, Mad Max feels like a AAA studio attempted to make a AAA video game and nothing more. For this particular game to have truly shined, we would have needed to see a much better narrative and a more varied set of missions. Unfortunately for gamers far and wide, Mad Max is far more likely to frustrate than entertain.