Only recently have I had my eyes opened to the fact the there are real games to be played on mobile. Until this point, I always believed that the space was nothing more than a hive of scum and villainy. Or at least a hive of poorly disguised Skinner boxes and waiting games. Sometimes we have to poke holes in our own nerdy references…

4:33 Creative Labs’ Blade: Sword of Elysion is another shot in the salvo to prove me wrong about mobile. This Unreal Engine 3 powered Diablo-like hack and slasher looks to be an excellent way to get a solid gaming fix on the go. Built in are three character classes, each with their own attack and ability trees and oodles of loot to find and equipment. It also features an incredibly gratifying parry/counter attack system that is satisfying to pull off. 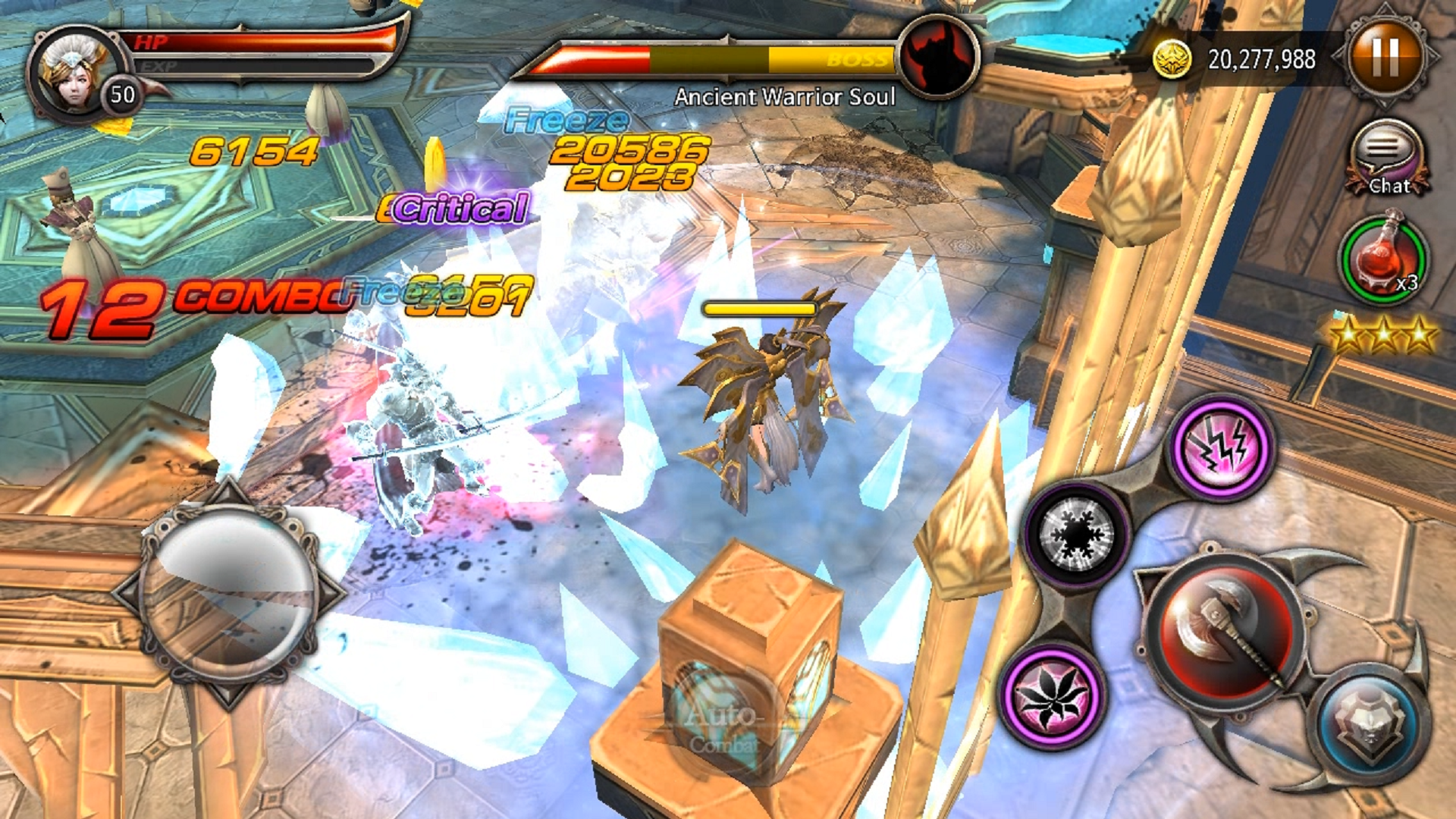 Diablo is the easiest touchstone to use when describing Blade. The isometric camera apes the classic series’ style, and while there is a reduced amount of character classes, attacking and defending does feeling similar, with the exception of the aforementioned parry/counter. 4:33 is absolutely not afraid to wear their influences prominently displayed on their sleeves. This is not a bad thing, though, as they have also studied what makes these popular games tick; what simply makes them so fun to play. This has made the transition over to Blade. I was able to take in one of the single player stages, knocking down enemies left and right, and decimating forces wearing pirate garb. I left quite a few scarrrs that morning (sorry…).

Something else I found interesting about this one: once a level has been completed by a player, the player can revisit the level and set it to “auto” mode. This allows the AI to grind gold and experience while the player goes on with their life. Apparently, this feature is extremely popular in South Korea, to the point that it’s almost unthinkable to release this type of game without it included. I am not certain how I feel about this. On one hand, it’s nice to be able to let the game grind for the player, removing some mind-numbing repetition. However, what is the point of an action/RPG that doesn’t need to be played? 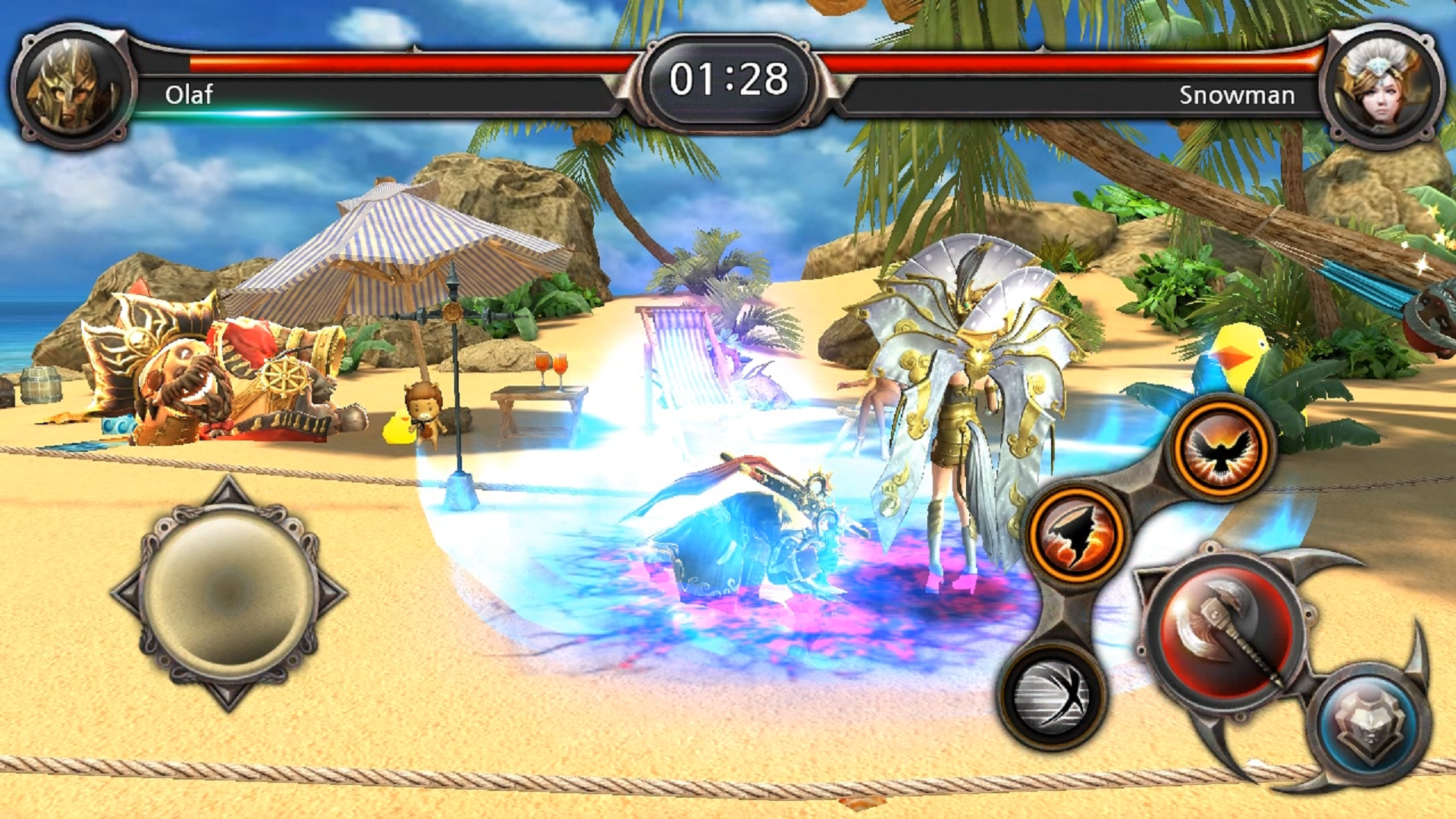 There is also a player versus player mode, where folks can take their powered up characters online and introduce their friends to the joys of indiscriminate pummeling. When trying this mode, both devices were connected to the same server. This server was located in South Korea and it ran flawlessly. Considering that my phone service in Seattle left me feeling lucky if I could even check my e-mail, the lack of lag was remarkable.

Speaking of remarkable, the game has already been released in South Korea and has the distinction of being the first mobile game to win an overall game of the year award over there. This contest included console and PC games, proving they are doing something right. With my awakening to the value of mobile games, I need to upgrade my smart phone to a better version of the one dollar jobber I picked up four years ago. Sooner will be better for me, too, as Blade: Sword of Elysion will release in North America later this year.