For anyone not paying attention, the Grimm Bros’ Dragon Fin Soup seems like it will be a cutesy little fairy tale based RPG. We are talking about bright, colorful, cutesy graphics, a loading screen that jokingly implies mashing buttons will load the game sooner and Little Red Riding Hood is the heroine. It doesn’t take long for it to reveal its true nature though.

Red is an alcoholic who can heal through imbibing. If she drinks too much, she flies into an uncontrollable drunken rage killing enemy and innocent alike. This is an actual gameplay mechanic, not just present for story beats. During the turn-based, strategy-RPG battles, the player needs to be careful how often they heal. 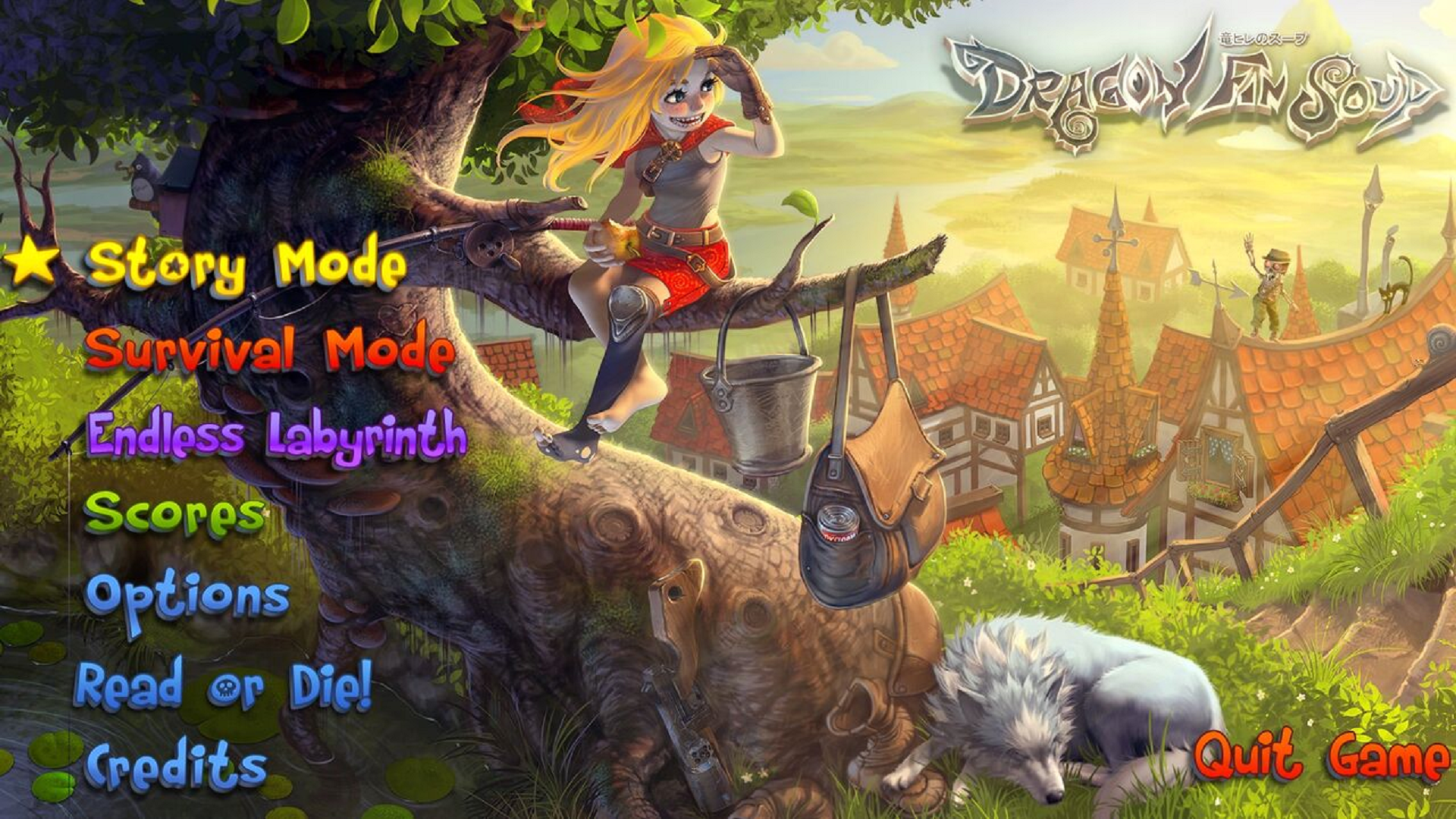 Her adventure takes her and any hapless souls who try to join through a variety of 2D, hand-drawn, lushly detailed environments. These can range from forests to strip clubs, and anywhere in between. The appearance of the characters and backgrounds is very cartoon-like and pleasing to the eye. Red herself shows a wide variety of humorous expressions and has a tendency to say the most inappropriate things at exactly the wrong time.

Which leads us to the combat system. The easiest way to describe it is very “rogue-like.” It has that same “one move per turn” mechanic while offering a great variety of strategic depth. Red can be adept at both melee attacks as well as ranged, depending on how the player builds her. To fill strategic gaps, mercenaries can be hired and pets adopted. There will certainly be quite a bit of variety and options available to the player. There will be no “right way” to play the game. 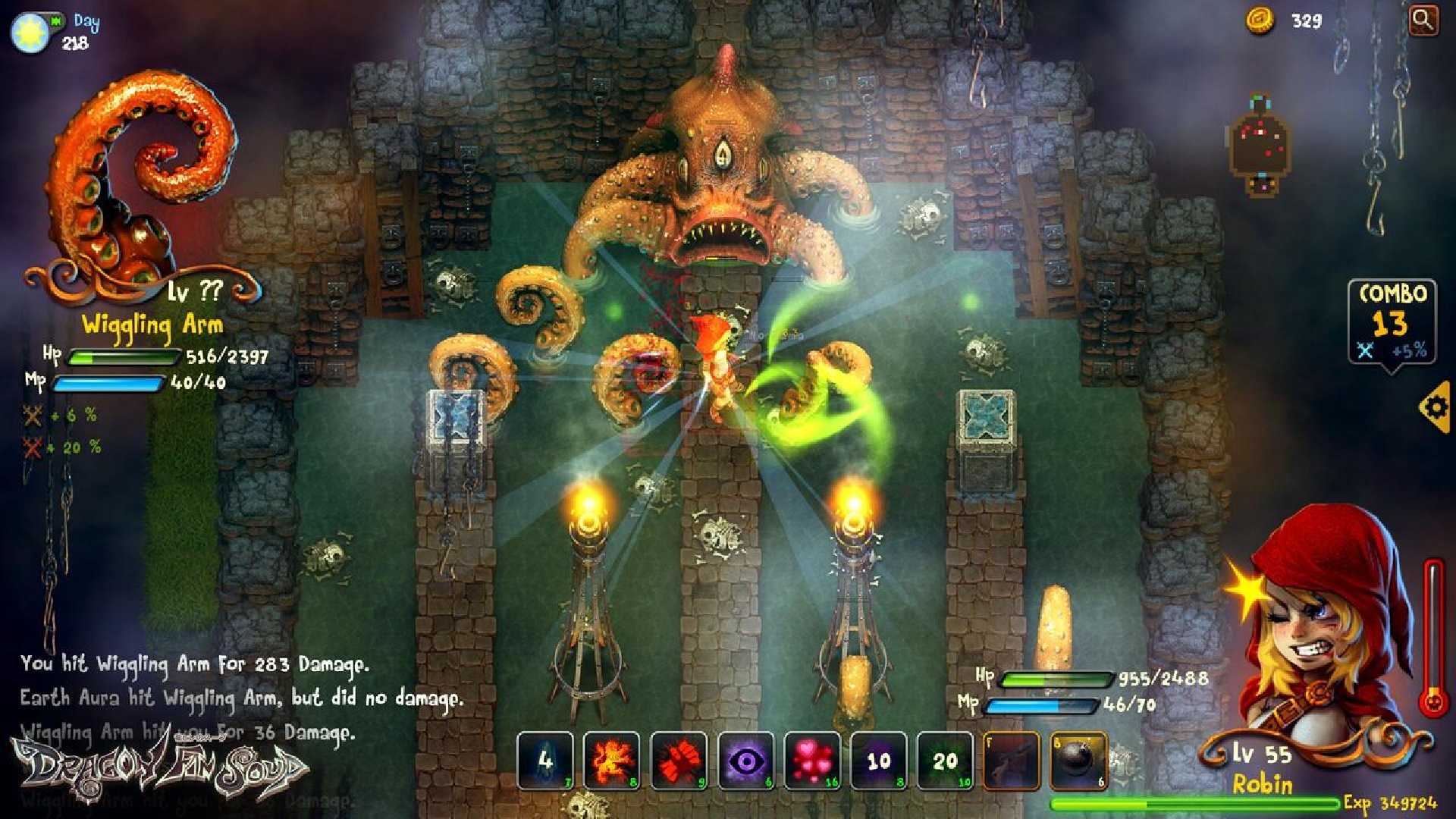 That does not mean it will be a cake walk. During my hands-off demo, I saw enough of Red’s companions fall to know that this game will not pull punches. I was shown three different battles that will take place across the game, culminating with a fight with a kraken. This part involved a simple, Zelda-like puzzle that necessitated pushing blocks into position to open the gate leading to the Kraken’s head. It also requires thinning out some of its tentacles, which the team member playing the demo did not happen to do enough before attacking the head. When Red was sucker punched to death (pun very much intended), our hapless Grimm Bros employee was reminded loudly, though with a friendly smirk, what should have been done by the gentlemen narrating the demo for us.

There are also comprehensive crafting, mining, fishing, and cooking systems in place, designed to help ease the difficulty of the battles while giving the player, and Red, a much needed respite from the pummeling this unforgiving fantasy world has to offer. The crafting system was demonstrated, amd it looks to be simple to use with plenty of recipes to discover. 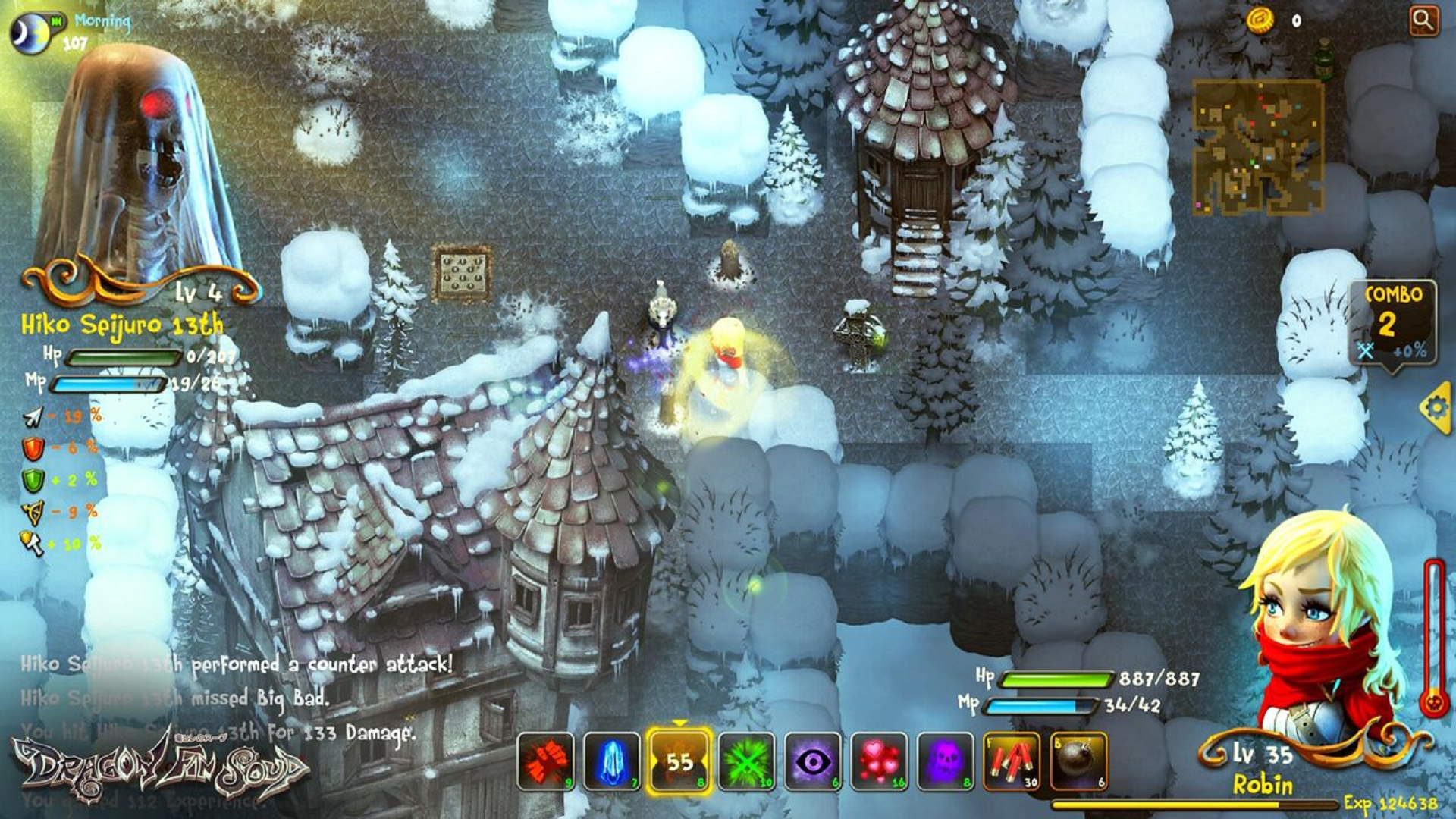 For a rogue-like to get my attention, it needs a deft touch and a good hook. There are just too many of these things out there to be worth the time. I am happy to report that the Grimm Bros have found it with their sardonic take on Bill Willingham’s Fables. Where that comic universe has a deftly serious tone covering over a brilliant skewering of modern society while telling an engrossing fantasy tale, Dragon Fin Soup uses an adult oriented, light-hearted tone to disguise some brutally hard gameplay. One that I believe will turn out to be incredibly rewarding. Soup will be served on PS3. PS4, Vita, Windows, Mac, Linux, Android, and iOS later this year. I am looking forward to my bowl.