When it comes to Washington State’s Harebrained Schemes, I am a gushing fanboy. These are the folks behind the recent Shadowrun computer game revival, something that they continue and expand upon in remarkable ways. They have also announced that they are working on and will soon be launching a Kickstarter for a turn based, old school revival of BattleTech for PC. As someone who had a grand time with the printed star chart in BattleTech: The Crescent Hawk’s Inception that was used as both as the game’s DRM as well as a way to immerse players even further into the universe, it took a special level of professional self control to back away and check out the star of the show, Necropolis.

With Dark Souls’ popularity, there have been quite a few games to take on its style. Lords of the Fallen was a slightly easier version that placed more emphasis on telling the story. Ska Games’ Salt and Sanctuary is a 2D take on the game. Even From Software released a “Dark Souls alike” game with Bloodborne. Those who remember the gaming scene in the mid 90’s will recall that the term “Doom Clones” ruled until people finally relented and started calling the genre “first person shooters.” So, what name should we give this burgeoning sub-genre of action games? Until someone smarter than me comes along, I am going to go with “soulcrushers.” 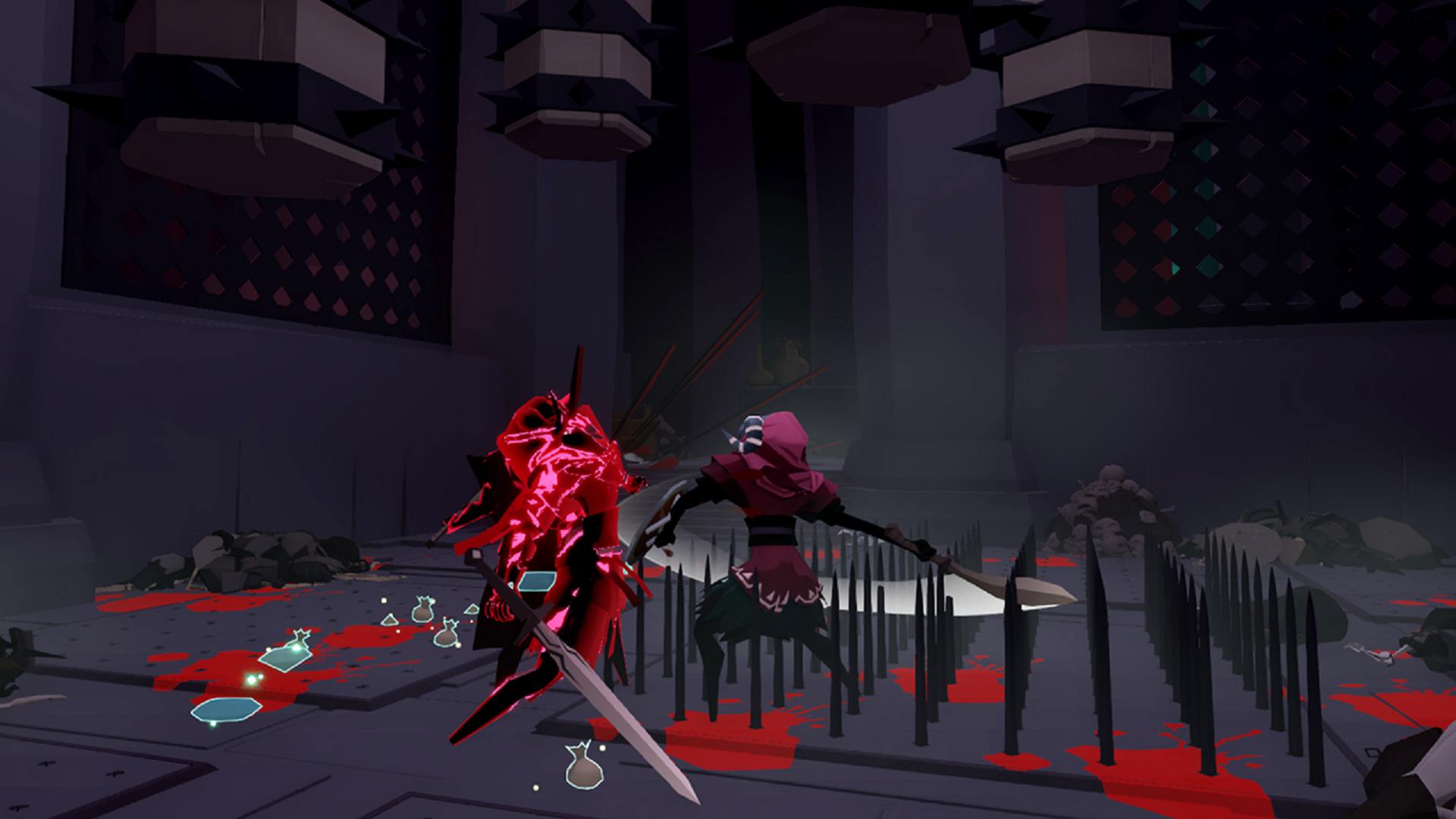 Necropolis is a soulcrusher of the highest order. It takes a special type of sadist to look at Dark Souls and decide that what was really holding the game back was the fact that people can memorize environmental layouts. Well, Harebrained Schemes is indeed that special type of sadist and they have solved that problem: Necropolis is a soulcrusher with procedurally generated dungeons. It is also glorious.

In the story, the legendary mage Abraxis long ago retreated to the Necropolis, and appointed a magical AI, Brazen Head, to keep the place running. In order to power this land, Brazen Head needs souls. Thus, he invites heroes into its depths with the promise of adventure and plunder to goad them along. During their time in the Necropolis, Brazen Head will make demands. Please him, and the hero will be rewarded. Ignoring him is done at the player’s peril. 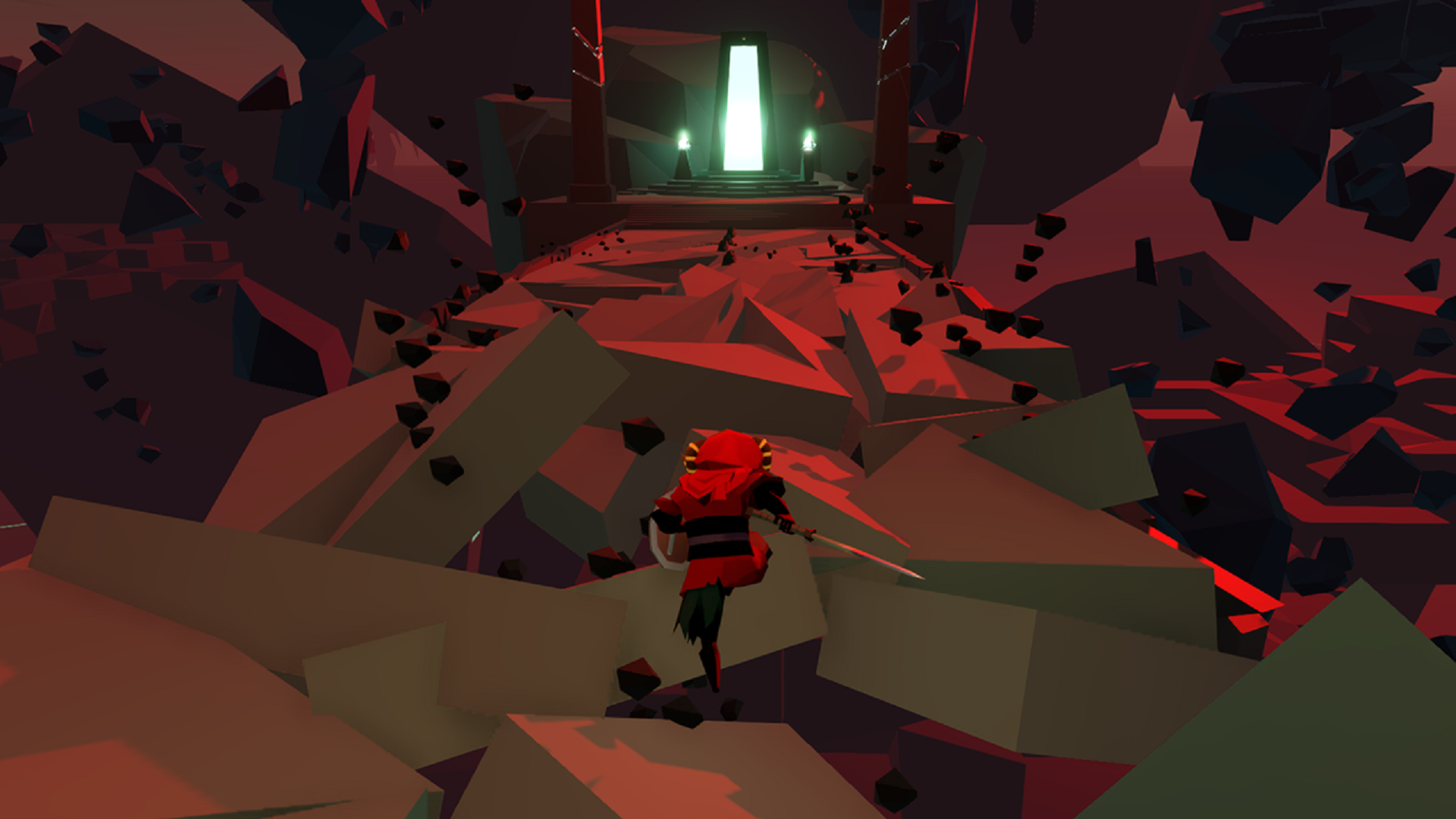 While the environments cannot be predicted, the enemies will have their strengths and weaknesses, just like in other soulcrushers. Through play and repetition, players will learn how to handle each enemy type and be able to progress father through the dungeons. It does remain prudent to play smart. Due to the aforementioned fatigue, I did not. For some reason, even after I showed that I understood the game, I decided that I was playing Dynasty Warriors on easy mode and ran ahead with little care. This attracted every enemy in the immediate vicinity. I soon had more holes poked in me than a lecher’s story explaining to his wife why he and her friend were in the bedroom.

Realizing that many procedurally generated games run into the pitfall of needing to use very generic tile sets to give a sense of cohesion, Harebrained Schemes side stepped this masterfully. The dungeon sets use a highly stylized look. The utilization of bright colors and deep shadows looks fantastic  in motion. I can honestly say that I have have never seen anything else like it, and one I am eager to explore more.

None of this would be worthwhile if it didn’t handle well. I am happy to report that it does. For those who use a game pad, expect to find the controls to function just like Dark Souls. The feeling was very fluid and easy to pick up. During my time with the game, I did not encounter even the slightest hitch with the frame rate, even during my stupidity instigated dog pile, something other soulcrushers cannot brag. 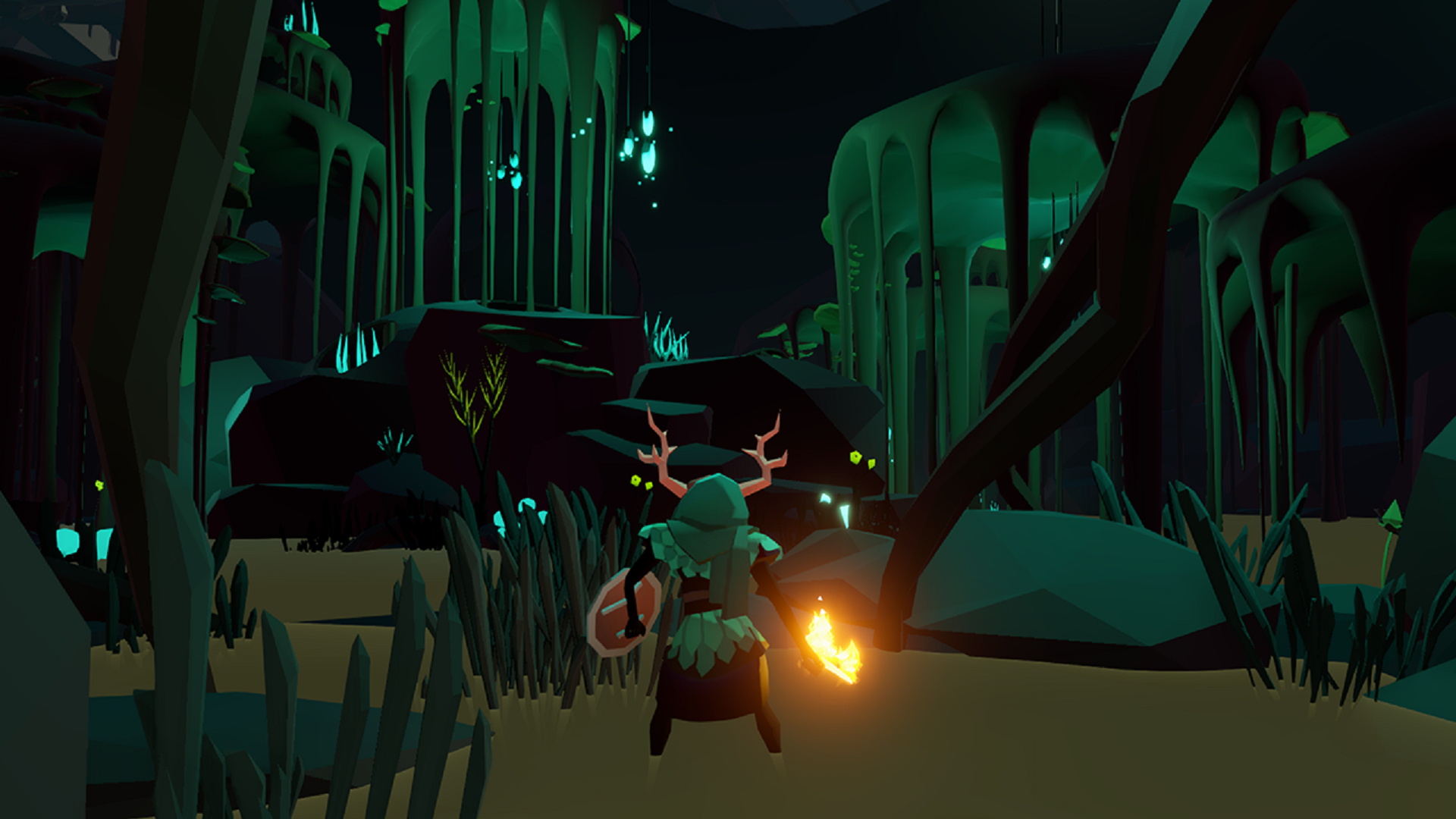 With entrancing graphics and fantastic gameplay, Necropolis looks to be a game I didn’t know I wanted until I saw it. It was one of the best games to be found at PAX this year and handily surpasses many AAA offerings. Due to Harebrained Schemes penchant for perfection, I was unable to secure a release date. Whenever it does launch, though, it will be worth the wait.