This summer we saw Rare Replay released for the Xbox One. The compilation includes thirty titles that cover the publisher’s thirty-year history. The coverage surrounding its release brought to mind two titles for the Nintendo 64. Released in 1998, Banjo-Kazooie was one game that pulled me in from the beginning. The platformer featured Banjo the bear, Kazooie the bird and a cast of anthropomorphic characters. The game was quirky and fun. Everyone who owned the console at the time knew Rare was Nintendo’s golden child. This game only helped solidify that reputation.

Two years later, Banjo-Tooie hit the shelves. Reviews and sales didn’t disappoint. Part of the fun in discussing video game series is debating which titles are the best. Over the past week I revisited these titles to determine which one was better. 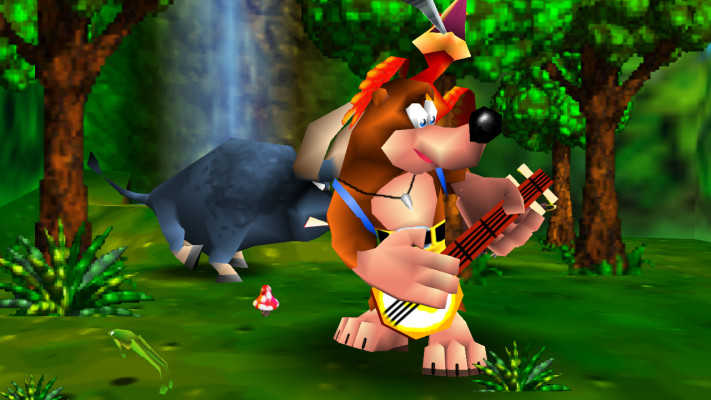 Banjo-Kazooie is often compared to Super Mario 64. The similarities are obvious. Both platformers involve working through a castle-like overworld by collecting items (e.g. stars, jiggies) in individual worlds. Levels in Super Mario 64 acted as individual units. Banjo-Kazooie, however, introduced sparse interactions of characters interacting in different worlds. Gobi the camel, introduced in Gobi’s Valley, reappeared in Click Clock Wood. These interactions acted as a subtle yet crucial role in establishing how the Banjo-Kazooie universe works.

In Banjo-Tooie, players could travel between worlds without having to access the Isle o’ Hags overworld. Chuffy the train could travel between worlds that had stations (this was the only way to gain initial access to Grunty Industries). Secret passageways allowed players to collect items from other worlds. Banjo-Tooie offered added complexity and accomplished something else in the process. Players had to acknowledge that individual worlds were in fact intertwined. While this concept could have stood on its own in the sequel, the groundwork set in its predecessor makes this more believable as a rule of this universe.

Characters like King Jiggywiggy and King Jingaling expand on the secondary characters from Banjo-Kazooie. While new characters like Jamjars and Humba Wumba keep the sequel feeling fresh, they are logical additions that don’t feel out of place. We also saw the return of other secondary characters. Boggy from Feezeezy Peak moves to Hailfire Peaks. Gobi appears in Witchyworld. Again, these cameos demonstrate the rules of this universe.

Going back to the bear and bird themselves, I never considered them anything other than individual characters. Yes, players controlled them as one unit in the original, yet the separate dialogue and Kazooie-specific moves like flying made this distinction meaningful.

Of course, I was thrilled that Banjo and Kazooie could separate in the sequel. Other Rare games like Donkey Kong 64 also took this approach. However, limiting the separation to certain tasks in Banjo-Tooie made this a welcomed addition without overwhelming the player. Indeed, that five characters in Donkey Kong 64 had to collect the same number of bananas in every world was one if its heaviest criticisms. Furthermore, the moves exclusive to each character were logical and practical. Banjo could use his backpack as a weapon and Kazooie could hatch eggs. 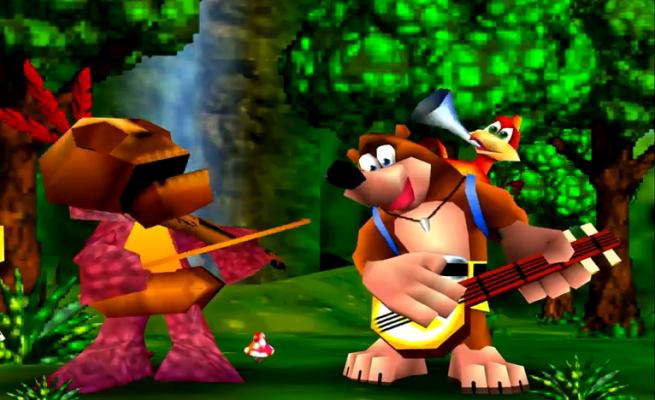 The challenge to any sequel is providing new features while still holding onto what made players fall in love with the original. Crucial to this process is having something in the original to fall in love with. Banjo-Kazooie introduced us to beautiful levels that demanded exploration. The sequel starts in Spiral Mountain. Players know all the moves from its predecessor. Banjo-Tooie simply did what sequels should do, and did it beautifully. There was no superior title; these games warrant no such debate. Instead, these games complimented each other to create the classic Banjo-Kazooie universe many my age still love. And while we all like to debate, who could ask for more?