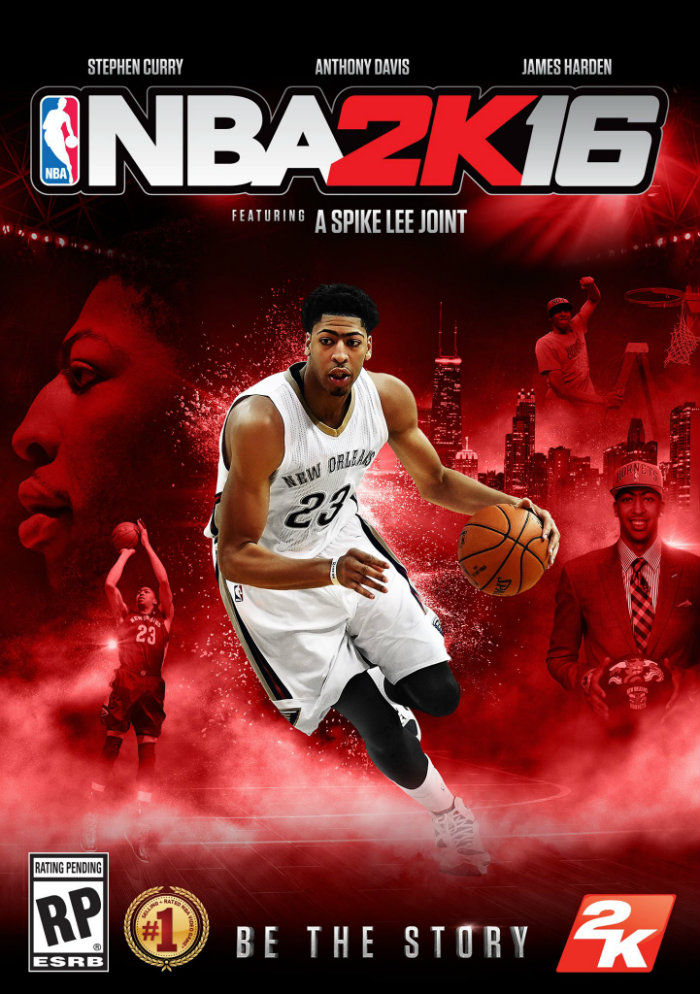 For all of the hype surrounding NBA 2K16‘s revamped MyCareer mode, it seems downright shocking that Visual Concepts would forget the most exciting part of its signature mode. Sure, the latest iteration of the number one basketball simulation in the world is still mechanically sound, loaded with features that will keep NBA fans busy for months and fun to play, but letting Spike Lee have such a large role may have been a mistake. While there is a level of intrigue that comes with playing a Spike Lee Joint as opposed to watching one, the best part of MyCareer came from the childlike wonder players experience when they live out their personal NBA dream. Instead of having a sense of agency over the proceedings, players will find that MyCareer feels a bit more like Spike’s Career. NBA 2K16 still feels like the best basketball game in the world, though this year’s version feels like this series’ first hiccup in quite some time.

Visual Concepts clearly took a risk letting Spike Lee, a man known for his movies, direct an “in-game feature film” about your player’s journey from high school through his rookie season in the NBA. As time has gone on, this particular mode has been looking towards giving players a real sense of participation in an actual NBA story. However, earlier iterations, most notably last year’s NBA 2K15, never swayed away from the idea that this is your journey, and you’re allowed to handle it in whichever way you please. From the moment you begin “Livin ‘Da Dream,” the section of MyCareer that is written and directed by Spike Lee, it’s clear that you are merely a participant in someone else’s narrative. No matter how perfect your face scan is, you’ll always grow up in Harlem’s projects, always have the same twin sister, the same parents, the same agent, the same team owner and the same friend in Vic Van Lier that is always up to no good.

This does create an awkward situation if you’re any race other than African American and use the face-scanning technology to create your own player, as the idea of having a biological cross-racial family with no hint of genetic relation whatsoever makes for some awkward moments whenever your birth comes up in conversation. There’s something to be said about the ludonarrative dissonance that comes from being forced into a storyline that doesn’t give the option for any semblance of real racial diversity. This was likely an oversight resulting from Spike Lee’s relative inexperience with the video game medium, but it’s a clear example of how NBA 2K16 removes a lot of MyCareer’s customization features in favor of Livin ‘Da Dream. Outside of picking which college you go to from a limited pool of schools and which NBA team you’ll sign with after your first year, there are quite literally zero choices to be made, which gives MyCareer the impression that you’re simply along for the ride rather than being the one driving the car itself. Oh, and as an Ohio State alumnus, it’s painful to see the ability to attend The School Up North with no option to be a Buckeye. 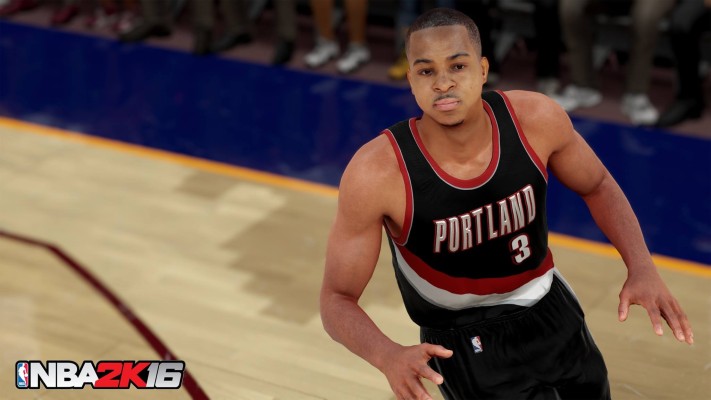 It’s as clear as the day is long what Visual Concepts, 2K and even Spike Lee himself were going for here. This was meant to be a mode in which you feel immersed in an NBA story loaded with hardship, difficult choices (that again, you don’t actually get to make) and genuine drama. Sadly, thanks to an engine that, while initially breathtaking at the beginning of the generation, is starting to feel its age, Livin ‘Da Dream feels little more than corny and tiresome by the end of its six hour run. Because you aren’t getting to make the choices that you’re accustomed to making in an NBA 2K MyCareer mode, there’s no sense that this is anyone’s story other than Spike Lee’s. While there’s little doubt that Mr. Lee could take the material in this in-game film and turn it into something entertaining on the big screen, the fact of the matter is that it doesn’t make for a very good video game story at all. This isn’t necessarily Spike Lee’s fault, after all, he isn’t a video game developer, but inserting long diatribes about death and relationships into a story riddled with characters that the main player doesn’t have any desire to care about makes for a slog of a narrative experience. There’s simply far too much ludonarrative dissonance floating around here to consider Visual Concepts’ gamble on Spike Lee to be a success.

Even though MyCareer, which is blatantly being billed as the reason to by this year’s version of NBA 2K, starts off on the wrong foot, there is still a great deal of agency over your MyPlayer after the conclusion of Spike Lee’s self-indulgent in-game film. While you still have to listen to, and answer questions about the highly scripted events of your rookie year, you’ll have the option to decide exactly what you’re going to be doing with your free time during your career. Whether you want to work on establishing sponsorship deals, make friends with some of the best players around the NBA or simply attending a Live Practice to hone your craft(which, despite what Allen Iverson might suggest, is actually pretty fun in NBA 2K16), you’ll have the option to do so once MyCareer turns into the mode that it was supposed to be all along. While this late increase in RPG mechanics don’t entirely make up for the oddity that is Livin ‘Da Dream, it’s nice to know that the best aspects of this franchise haven’t fallen by the wayside in favor of Spike Lee. The only real issue with off-court time management is that if you’re the type of player looking to become a gym rat and not worry about anything going on outside of basketball, you’re going to be missing out on a great deal of currency that can be earned (which is used for, you guessed it, to upgrade your stats). Whether intentionally or unintentionally, these new mechanics drive players towards a more all-around celebrity status, which removes a bit of agency from a mode dependent on it. 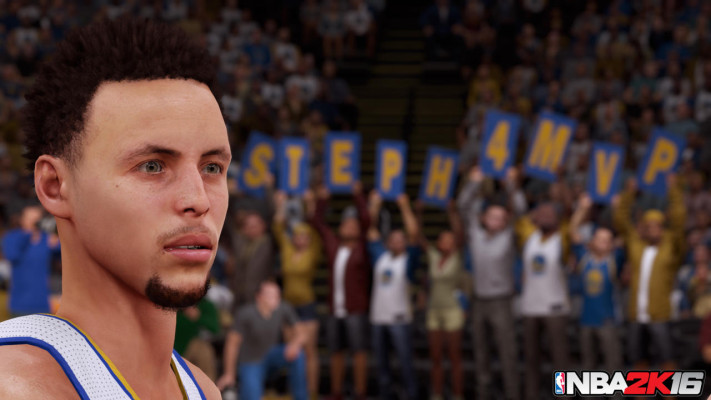 Though MyCareer certainly stumbles this year, the fact of the matter is that NBA 2K16 continues the mechanical excellence that this franchise is known for. With the addition of dedicated bounce pass and lob buttons, which each have double tap functions that allow you to throw flashy passes or alley oops, respectively, players feel more in control of their players than ever before. Though EA has been striving to convince the public that there is a real rivalry between NBA Live and NBA 2K, these new mechanics, as well as the addition of over 1000 new animations (including 32 post moves that make this technical gameplay style even more fun to master) will likely end that discussion even more. If you’re looking for a basketball video game that feels awesome to play, NBA 2K16 is certainly the game for you. The idea that NBA 2K16 improves upon an already solid gameplay foundation makes it all the more awkward when the features that it’s being advertised for fall short.

Though a great deal of players will sink ungodly hours into MyCareer mode, there are a great deal of other methods to get your basketball fix. If you’re a member of the contingent that Spike Lee’s foray into AAA sports game narrative scripting is frankly sub par (and not in the good way that Need for Speed‘s full-motion video cutscenes have the potential to be), you’ll probably find yourself pouring time into MyTeam. NBA 2K‘s version of the popular “It’s a Card Game and a Sports Game” mode that pretty much every other sports franchise has, MyTeam allows you to earn NBA 2K16‘S second currency through every move you make across a number of frankly intriguing game modes. From Challenge mode, which places restrictions on your team in exchange for the chance at extra currency to The Gauntlet, a new mode in which players have to win consecutive 3-on-3 matches against other online users to survive, the loop of earning currency to buy better cards and constantly upgrade your roster is absolutely addictive. Combine MyTeam with the always popular custom MyLeague and MyGM modes, which are always exciting for those who are looking to fantasy draft over and over, and it’s pretty impossible to say that NBA 2K16 is short on content. 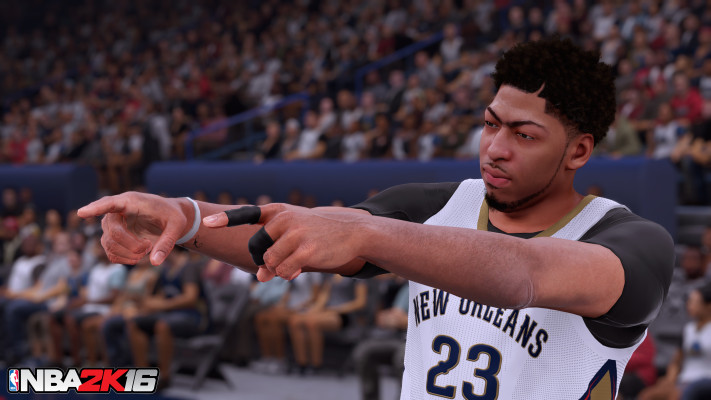 The one major blemish of the NBA 2K series has been its inability to host stable online play. From dropped matches to long connection times to constant framerate drops, playing online in the NBA 2K franchise is basically borderline functional. As every year passes, this becomes more and more disappointing, and the fact that the biggest change to the series fell short this year only serves to highlight NBA 2K16‘s online difficulties. While the new system for matching players of similar experience in Play Now Online is a fantastic change, the fact that latency and framerate drops seem to occur far too frequently outweighs any matchmaking improvements. The idea of a tension-filled climb up a ladder of online players in The Gauntlet is outstanding, but if the gameplay suffers from online deficiencies, this new addition is little more than window dressing. We may be arriving at the point where NBA 2K might have to start focusing on stability a bit more than glitz and glam.

It’s weird to think that visuals can go from looking awesome to slightly underwhelming in a matter of two years, but that does seem to be the case with NBA 2K16. When NBA 2K14 came out on the PlayStation 4 and Xbox One launch dates, it was arguably the best looking current generation launch game outside of Killzone: Shadow Fall and Ryse: Son of Rome, but these visuals haven’t really changed much in the two years that followed. On-court play is still impressive as a whole, as flowing jerseys, animated crowds, dynamic sweat and an awesome lighting system that makes every inch of the court pop, but once you dive into the details, these visuals start to show their age. There are a number of re-used lower resolution assets present, most notably the locker rooms that teams enter at halftime, and the visual dichotomy that this presents makes for an occasionally awkward visual experience. Clipping has grown to be a major problem in the NBA 2K16, with the most awkward moments appearing during timeouts and menus that feature more than one character model. Livin ‘Da Dream is probably the worst offender in the lackluster graphics department, as awkward character models and low-detail environments make for cutscenes that seriously give off some Tony Hawk’s Underground visual vibes. 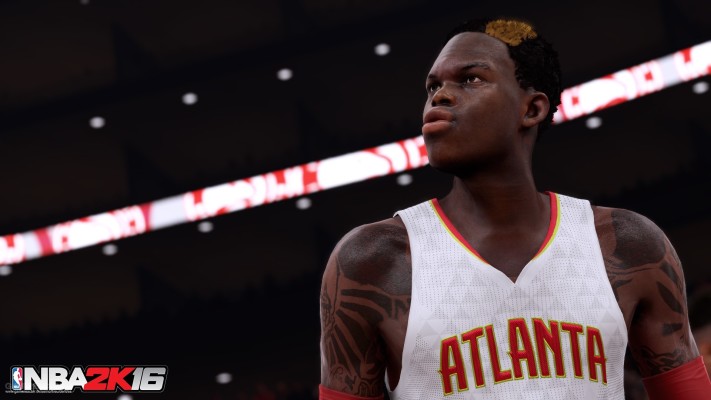 Evaluating NBA 2K16 as a whole is actually an interesting challenge. On one hand, this is arguably the most mechanically sound sports game on the market and the gameplay improvements that Visual Concepts made are downright superb. The issue here lies with the decision to make Livin ‘Da Dream the focus and backbone of MyCareer falling flat. There are some moments throughout Spike Lee’s in-game film that might bring a smile to your face, but this story doesn’t lend itself to this franchise’s gameplay or the video game medium itself. Yes, basketball fans will likely have a great time playing NBA 2K16 for hours on end, but there are too many small steps back here that can’t be ignored. The good news for fans of sports games is that the first misstep in this great franchise is still a very good game, which speaks to how truly fun its gameplay is.