Following the adorable Animal Crossing Line stickers released late last week, Nintendo has announced a set of Splatoon-themed stickers for the popular messaging app. Unlike most designer stickers, however, the Splatoon set is free to anyone who follows Nintendo… at least in Japan. Bizarrely, the download is region-locked, which means anyone outside Nintendo’s home country is out of luck for the time being.

Line is much more popular in Japan than in North America, but it’s still a maddening decision to cut the rest of the world off from a set of stickers dedicated to Nintendo’s greatest new IP in years. For those who want to follow Nintendo anyway, or maybe try their luck at working around the region lock, you can follow the company’s official account by following this link. 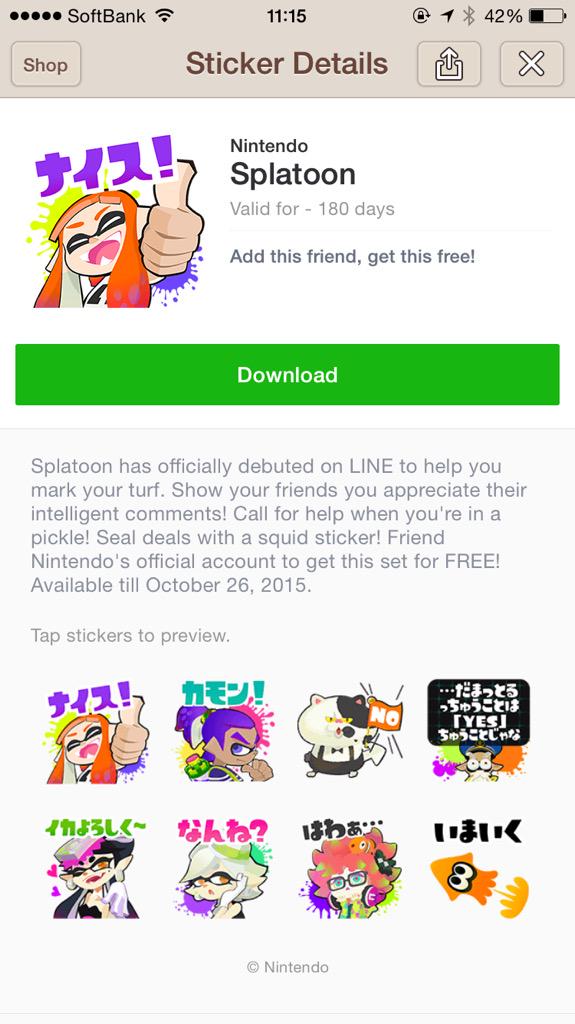