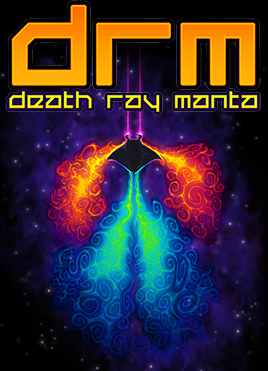 Death Ray Manta is a small game. Each level is an arena, a bit bigger than the screen, and can be cleared out in a few seconds. Move, shoot, don’t get hit, repeat. Also, and this is important, watch out for the tidal-wave of light and color that drenches every neon-soaked moment of the action. DRM is a bite-sized twin-stick shooter about a fish in space, and it’s every bit as crazed as an arcade throwback should be.

Basically, you’re a fish, specifically a manta ray. The plot is summed up in-game as “Death Ray Manta has lasers in his head/ He blew up his house, now he lives in space instead.” The original version of the game was a troubled beast, and while I was pretty fond of it the game’s creator couldn’t look past all the things he wanted it to be. This necessitated a rebuild, which is the Steam version of DRM that’s brighter, twin-stickier, and more colorful than ever, topped off with a synthwave soundtrack for that extra 80s vibe.

So- you start in the middle, shoot everything around you, and advance to the next wave when there are no enemies left. Each level also has a flashing gem in it that will disappear after a few seconds, usually with a few enemies guarding it just to keep things interesting. Each level cleared is worth a single point, and each gem is worth another. At 32 levels that means the maximum score is a pleasingly symbolic 64 points, and each individual point needs to be earned.

Like in all good arcade games, the first few points are almost freebies. The little wobbling orange guys shuffle forwards in small enough ranks that the trick is to not shoot them so quickly the level ends before you collect the gem, and the green things only let off a stray bullet or two. They’re relatively harmless but burst into lovely particle explosions, though, so their presence is completely justified. Then blue guys start traveling along paths across the arena, turrets guard the gems, rockets patrol the borders, and the world get progressively more dangerous to Death Ray Manta‘s single life. All you need to do is see everything, all at once, while filtering out the sparkly particle effects and then fishy neon victory can be yours. It’s never as easy as all that, of course, but it’s always nice to view things in positive terms. 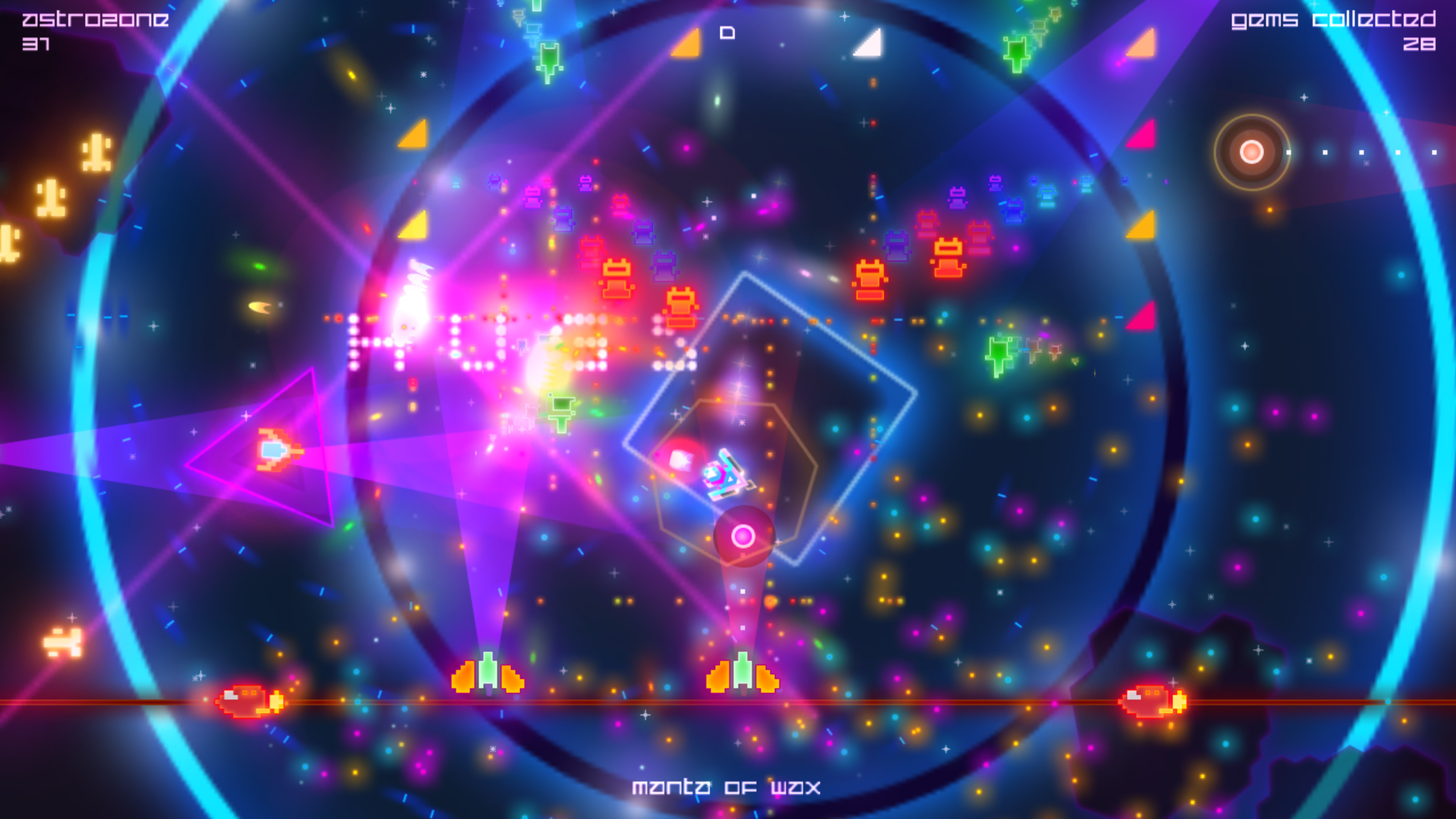 Death Ray Manta is pure ’80s arcade, but the way we’d like to remember it rather than how it actually was.  Quick, accessible gameplay with not an ounce of fat on its bones is backed up by an art style that’s more about design than intricacy.  The synthesized robo-voice (with some clips toned suspiciously like Gorf/Wizard of Wor) always has a good word to say, and no matter how you play, encouragement bursts forth from every explosion.  Death Ray Manta is a shiny, upbeat pop song of a game, short and sweet and very catchy.