It was all buzz in the NEC Centre in good old Birmingham on a surprisingly warm Autumn weekend. Microsoft’s fluorescent green was a sight even your peripherals couldn’t ignore; Sony’s cool blue hum tried its best to subdue concerns of an end-of-year drought; Nintendo’s attempts to rubbish away the child-like stigma came in the form of a bright, multi-colored booth resembling a park playground. All the while, indie games are ever present, be it within or outside the perimeter of the big three. There’s no big show or loud proclamations from these folks. Just the humble designated spots and the opportune hope you come and try their games – in some cases, go off and show your approval, one way or another.

So when the likes of Ubisoft, EA & Square Enix offer upcoming AAA titles to the tune of 3-hour queues, mass sponsorship with energy drinks and props that take up almost half the booth space, it’s no surprise that indies prove dominant to many. To profess I spent the majority of my time at EGX delving into the indie community’s efforts, I’m pleased to say it was a worthwhile investment. Writing as I am on my train back – watching the sun sink beneath the English midlands – though the year may steadily be reaching its own end, that’s no reason not to look forward to the lesser-talked about games coming late 2015 and early next year. So you can have your Call of Dutys and your Assassin’s Creeds and your Battlefronts, but for you lot interested in the little guys, here’s five equally grand games with so much more in promise. 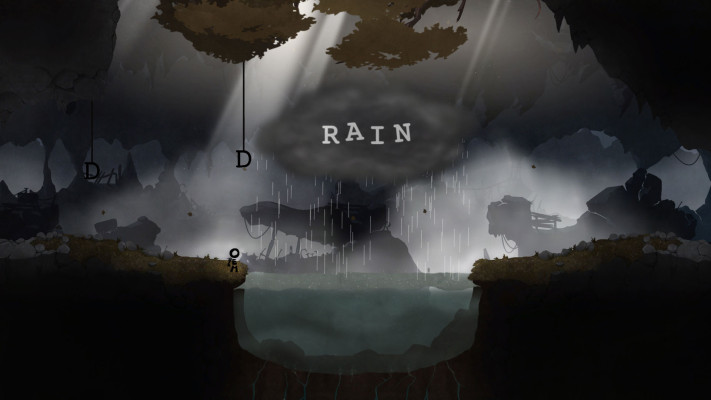 There were two games that instantly stood out during the Nindies@Home demo program earlier this year. One was 13AM Games’ brilliant Runbow, the second was Typoman — a simple yet surprisingly effective side-scrolling platformer. If you haven’t guessed yet, the game’s USP is that the main character, HERO, is [literally] a character born purely from typography. None of that ROFLcopter nonsense — that’s what you were imagining, wasn’t it? The guys at Brainseed Factory have conjured an interesting mesh of surrealist art styles with a puzzle-solving mechanic so unique on paper it sounds unfathomable.

The result is anything but as you, the HERO, are master of both creation and manipulation of the elegant serif-font words around you. LIFT, JUMP, PART…some moments requiring a touch of logic in figuring out the right word to advance. It’s challenging to come up with an innovative 2D platformer in this day and age, but Typoman may just breathe (or perhaps type) new life into the contemporary platformer. And exclusively on Nintendo’s current-gen machine no less. 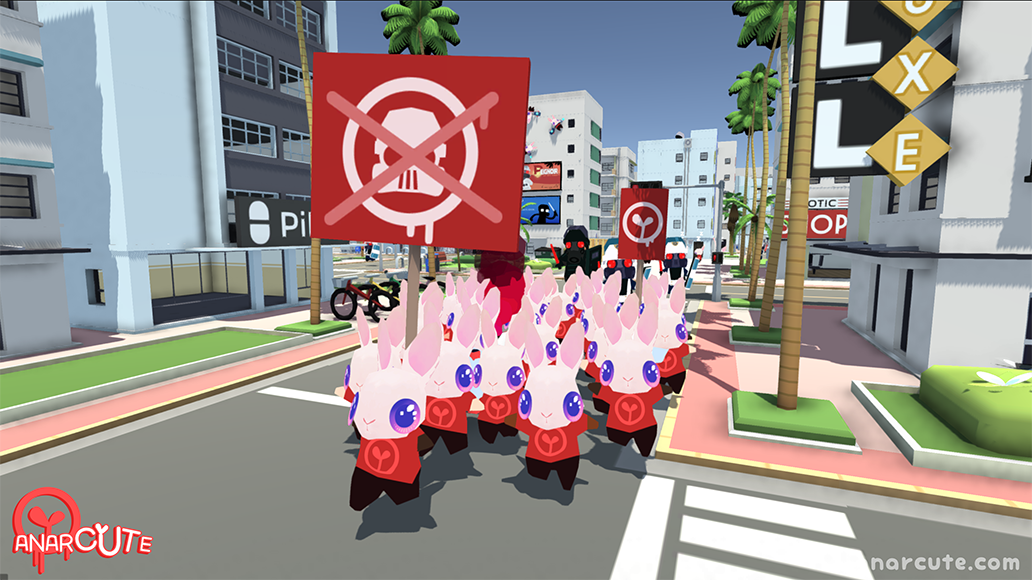 My first shot of developer Anarteam’s Anarcute – as I approached its designated screen in Microsoft’s ID@Xbox section – was of several cute, miniature characters lying face-down, unconscious in a cartoonish city square. After playing a few levels, the situation and context handed to me proved sensical if not absolute in its proposed innocence. Anarcute is another wolf in sheep’s clothing amidst the flock of mischievously, deceptive titles. Setting its sights on the tales of a dystopian World run by the Brainwash Patrol – a rough, tough group who’ve taken over every major World city and are armed to the teeth – you play as the civilians in an uprising that aims to reclaim control of these locales.

In effect, Its gameplay is anything but innocent or cute; striking corrupt police with combo attacks, knocking down buildings through collective strength, hurtling cars Hulk-style. There’s elements of The Wonderful 101 and Pikmin in the groupthink mechanics but its sandbox World keeps Anarcute safely in the realm of orderly but worthwhile fun. It’s up to you to decide how far ‘cuteness’ will go in liberating the World when Anarcute rises on Xbox One later this fall. 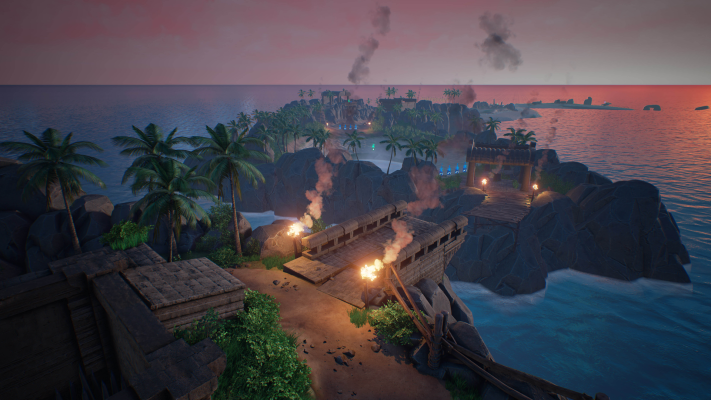 In an age of game trailers purposefully skewing and misleading the daily consumer, such (to turn this frown upside-down) is the rarity to find a trailer, and indeed a game, that, one, is honest in its visuals, and two – more importantly – makes me as giddy as a school girl on a Friday afternoon. Unbox was initially a random find trawling through the mixed assortment that is Steam Greenlight but right there and then, I was sold. Never has a game revolving around playing as a cardboard box made my heart flutter so and I have Prospect Games to thank for that.

Rolling, jumping, racing, battling – Unbox is indeed an assortment of ideas yet is packaged neatly into a vibrant sandbox of islands and towers the urge to go off and play is never far. No, this isn’t Far Cry 3, nor is it anything remotely Ubisoft-tainted. ’s clear nudging of the whacky and the wild is evident – customisable faces and all – but Unbox is so much more than just whacky faces and equally-whacky physics. It knows how not to take things seriously and the resulting paradigm ticks all the right…yeh OK…boxes. 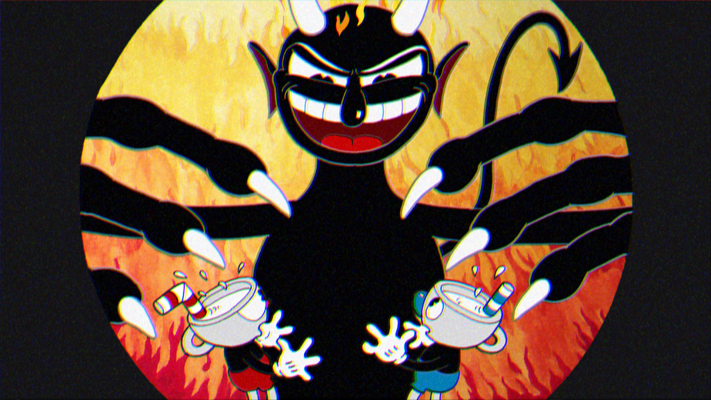 Most, if not all, people laughed at E3 2013 when Microsoft proclaimed they were leaders in helping to push independent developers in a market dominated by Steam and backed up by Sony’s then credible line-up. You can’t change proceedings over one game sure, but if Xbox has one trump card its two main competitors don’t, it’s Cuphead. A cleverly-presented platformer that takes nostalgia to a whole new level with its 1930s animation-style throwback, Canadian developers Studio MHRK have brought forward an art style and aesthetic that truly stands out from the pixelation and lush vibrancy of today’s current roster.

Not just content with what lies on the surface, however, Cuphead’s charming presentation, admirable difficulty and rather bonkers enemy design is never far from the player’s eye. Hell, you attack by way of your character’s hands shaped like a gun. Couple all that with the fast-flowing set-pieces and quick-thinking involvement, Cuphead isn’t just inspiring to look at, it’s even more worthwhile to come out the other side unscathed. Unless you’ve got a PC to facilitate, those tied down to either a Wii U or PS4 may find jealousy, for this one time, loom over come next year. 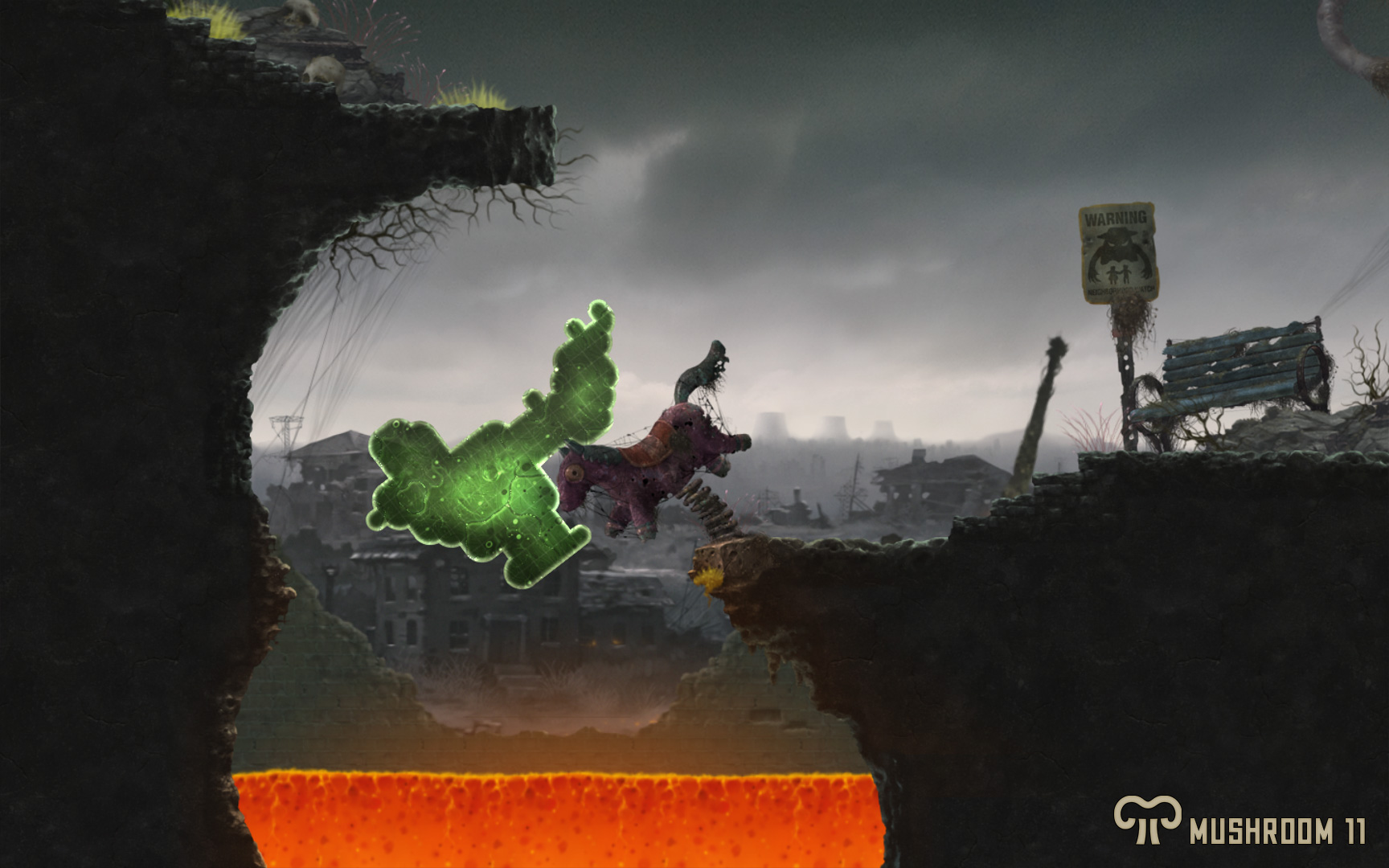 I would end proceedings with a joke — perhaps reminisce on Untame’s revolutionary idea to scroll right-to-left as opposed to the standard left-to-right — but that would smear just how wonderful and genuinely fun Mushroom 11 is to play. Here, you’re not so much playing the role of a character, rather you’re a puppeteer, dictating how the character, in this case an amoebic-like green mass, proceeds and scurries through this most grey and human-devoid of Worlds.

And yet Mushroom 11 is more than just some mad-dash to the finish line. Sure you have your tiny enclosures and moments snaking in and out of the post-apocalyptic environment, but Untame’s genius comes in those tense, edge-of-your-seat, teeth-on-your-bottom-lip moments. Be it a puzzle requiring you to mold to a certain shape or has you chipping away oh so tentatively in hope of avoiding the many pitfalls, be it volcanic or poisonous, Mushroom 11 is both elegant and engaging and thus arguably one of the most promising indie games this or any year. Never has reaching a crack or a hole in a wall conjured so much happiness.