When 343 Industries studio head Bonnie Ross opened the beginning of Microsoft’s E3 media briefing earlier this year, it was evident that Microsoft had a clear intention of sending a powerful message about the bright future that it has envisioned for Xbox One. In her short, but effective, speech, Ross reiterated and reinforced one of the mottos that Microsoft has continued to assert to all consumers: “In 2015, we’re delivering the greatest games lineup in Xbox history.” For Ross’ message to resonate even more with people — and it most certainly did by the end of the conference — it was only fitting for the media briefing to kick off with new footage from one of, if not, Microsoft’s flagship exclusives for the Xbox brand: Halo.

Halo 5: Guardians, which is 343 Industries’ second main installment in the longstanding franchise since taking the reins from Bungie, is not only what most people would consider as the perfect title to wrap up Microsoft’s ‘greatest games lineup in Xbox history,’ but it will also serve as a major system seller for Xbox One. Following up on the critically acclaimed Halo 4, Halo 5 once again has series protagonist Master Chief at the heart of the narrative, but the title will also see the emergence of a new playable character: Jameson Locke, better known as Spartan Locke. With the campaign switching between the perspectives of two protagonists — eventually leading up to the climactic confrontation between Locke and Chief — Halo 5 is set to have an interesting dynamic for storytelling, which will also help it remain engaging for the player over the course of many, many hours. 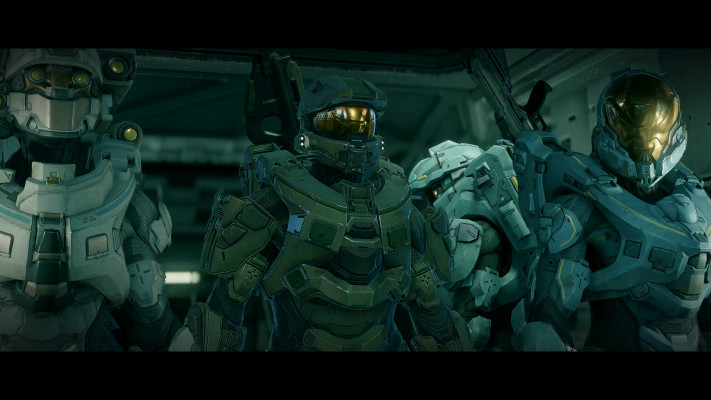 Master Chief standing alongside members of the Blue Team.

Master Chief, who is mourning the self-sacrifice that Cortana made in Halo 4, has reunited with the three members of the Spartan-II unit Blue Team — Kelly-087, Fred-104 and Linda-058 — who will fight alongside the player during the main campaign of Halo 5: Guardians. 343 Industries recently released the opening cinematic from Halo 5’s second story mission, titled “Blue Team,” showcasing that the Chief’s comrades will play a pivotal role in the title. Meanwhile, Spartan Locke is tasked with finding the Chief following his mysterious disappearance, with Halo 5’s new protagonist leading a task force called ‘Fireteam Osiris,’ which is also comprised of three members: Edward Buck, Holly Tanaka and Olympia Vale. Similar to the Blue Team video, the opening cutscene for Halo 5 features Fireteam Osiris receiving “UNSC orders to recover a high-value target and deploy to take on Covenant and Promethean forces in a fierce action sequence.”

While Halo 5: Guardians’ narrative will be the primary focus for a majority of Halo enthusiasts, there is another equally important aspect that players will be eager to dig their teeth into: the title’s online multiplayer. Halo 5’s beta was an example of how popular the online component is set to be, as Microsoft released statistics from the beta that revealed that participants collectively amassed over 150 million kills, 20 million matches completed and more than two million hours played over the course of the entire beta. 343 Industries is introducing an all-new multiplayer mode called ‘Warzone,’ which has two 12-player teams competing in objective-based matchups on maps that are significantly larger, as well as Al-controlled enemies, ranging from the ordinary foot soldier to difficult bosses, spawning in matches and fighting against both sides. 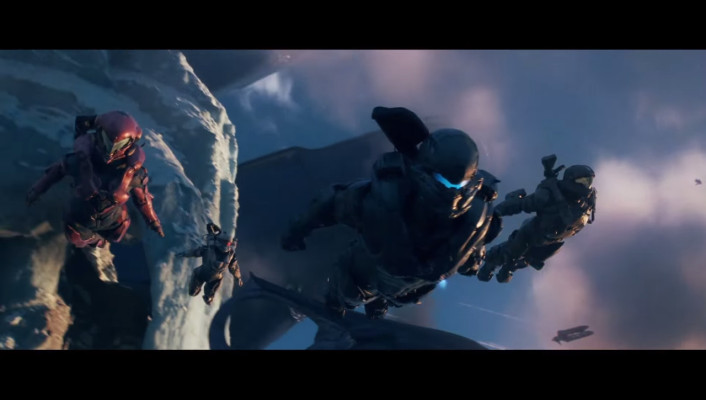 Spartan Locke and the Fireteam Osiris being deployed on a mission.

It would simply be a crime to overlook the strategic marketing behind Halo 5: Guardians, especially for the time and effort 343 Industries invested in the creation of a Tumblr account called ‘Hunt the Truth.‘ Benjamin Giraud, a fictional journalist and war photographer, records his account of discovering the story behind the legendary Master Chief through a series of audio logs, video snippets and blog posts on Hunt the Truth. The entire marketing ploy might not be for everyone, sure, but it’s enough to spark thought-provoking discussions about the mysteries surrounding Halo 5’s plot, as well as being an effective word-of-mouth marketing campaign and an eye-catching technique to attract the interest of non-Halo fans. Outside of Hunt the Truth, Microsoft has been promoting Halo 5 through the use of billboards, TV spots and commercials, but the company also used its partnership with Major League Soccer team Seattle Sounders to promote the upcoming title by having the team wear a one-of-a-kind kit that features the Halo 5 logo.

It’s no surprise that with the imminent release of Halo 5: Guardians, 343 Industries has revealed that it already has a long-term plan in place for the whole franchise, including the news that development on a sixth installment in the series is underway and that the studio is mapping out the future direction that the narrative will be taking. Halo 5 not only represent a massive milestone for such a distinguished series, but it continues to adapt, modernize and evolve with its mechanics, visuals and storytelling. With a holiday lineup comprised of blockbusters exclusives like Gears of War: Ultimate Edition, Forza Motorsport 6 and Rise of the Tomb Raider (the latter being a timed exclusive, of course), Microsoft will want to draw the curtain on 2015 with strong sales figures for the Xbox One, with Halo 5: Guardians no doubt being the title to help catapult the company into 2016 with a strong foundation that can be built upon even further.

Halo 5: Guardians is scheduled for release on October 27, 2015, exclusively for Xbox One. For more on 343 Industries and the Halo franchise, check out Hardcore Gamer’s reviews for Halo 4 and Halo: The Master Chief Collection.