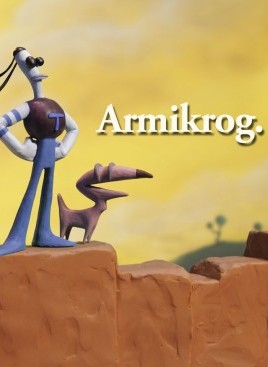 There are some games that just stick out in your mind as being a cornerstone of your childhood. For many, myself included, The Neverhood was one such game. Filled with quirky claymation and crazy puzzles, it was the sort of game that stuck with you. When the promise of a new game came, by the name of Armikrog, seeming to embody everything that made The Neverhood an instant classic, it was no surprise when fans of the original were excited. In many ways, hype can make or break a game. Armikrog raised nearly a million dollars from its Kickstarter, likely mostly from fans of The Neverhood. After over a two year wait, a year longer than their estimated date of delivery, Armikrog has finally been released into the wild.

It’s hard to touch anything that has a cult following and The Neverhood is no exception. Whether or not Armikrog is a good game is difficult to say. You’d probably need the point of view of someone untainted by the original game. Unfortunately, you have my point of view, and like many, I absolutely loved The Neverhood. Armikrog starts off promising with what can only be described as an epic cutscene backed by and even more epic soundtrack, but it’s after this that things just don’t quite live up to the hope or the hype. Armikrog feels overwhelmingly empty. Where The Neverhood felt alive in all its claymated glory, Armikrog just feels flat. Your interactions with the world are next to completely non-existent. It feels like a bad copy of The Neverhood, where they cut out everything that made you fall in love with the game.

It’s impossible to talk about Armikrog without referencing The Neverhood, but it is a game that must stand alone. So let’s delve into Armikrog, for better or worse. You take control of Tommynaut and his companion Beak Beak. Don’t ask what Beak Beak is, or Tommynaut for that matter, as like nearly all the creatures in this game, they defy definition. Both can speak, though it happens quite rarely. 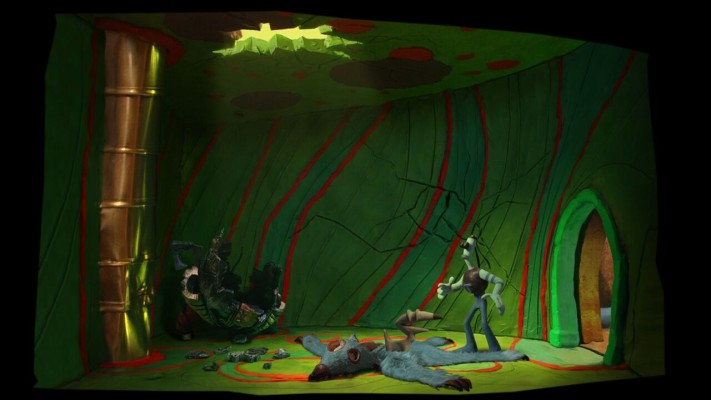 You begin in an empty room with a lever and a place to stick it. Not much of a puzzle, but one that will be repeated ad infinitum. The other main mechanic you’ll encounter is button pushing. For inexplicable reasons, Beak Beak is usually the only one capable of pushing these buttons. In these cases, you’ll have to switch from controlling Tommynaut to Beak Beak by mouse click. When controlling Beak Beak and no longer on the same screen as Tommynaut,  the colors invert for no reason whatsoever. This inversion will carry over even into the pause menu. This also makes things on screen nearly impossible to see. Besides pushing buttons, Beak Beak’s other purpose is to travel through tunnels, where he will pick up some item, usually a lever, which he will carry back to Tommynaut and vomit back up for him to take.

Most of Armikrog is made up of traveling back and forth, a mechanic that artificially lengthens it. To add this this, there are cutscenes to watch throughout the game (unfortunately claymation empty and merely simply animated), which make absolutely no sense at all as they’re narrated in a fictitious language. Later, near the end, you’re given the ability to now understand this language and are forced to go back through the entire game and rewatch these cutscenes now that you can comprehend them. 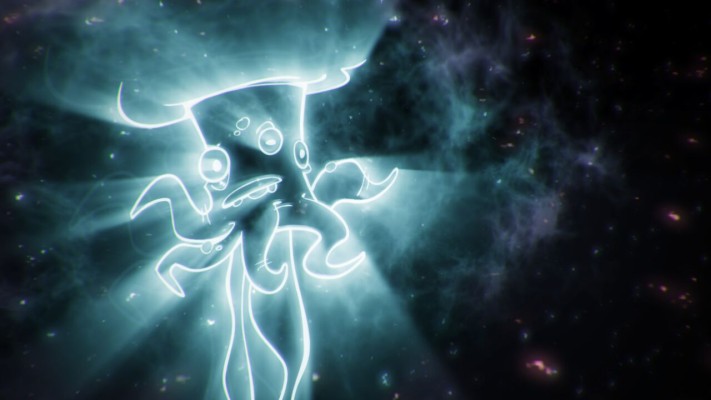 The puzzles are extremely repetitive and not particularly inspiring. Once you figure them out, they’re a breeze to get through each consecutive time they appear. One of the assets to solve puzzles is a furry orange creature you shove around. In one puzzle that requires a taller version of the creature, they simply stretched the image of the existing creature instead of creating a new one.

The music is fantastic, when it actually plays. Likely that is one of the myriad of bugs plaguing the game, as sometimes voice audio was also absent, or sounded randomly as if was echoing down a long tunnel. Armikrog has been patched since release, but not all bugs have been squashed. My own progress was halted when the game froze and forced me to begin from the start. 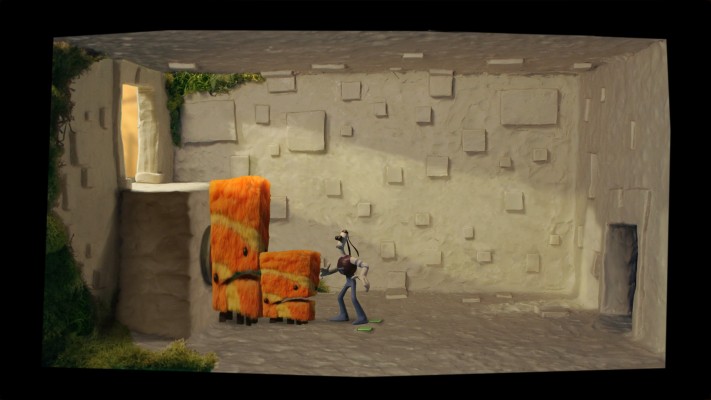 So much of Armikrog feels neglectful and lazy, lacking anything to make it stand out. Even the claymation look of it doesn’t save it from the carelessness put into it. It’s hard to see where that million dollars went. All of that said, it isn’t terrible, but if you’ve never had the pleasure of playing The Neverhood, do yourself a favor and pick that up instead.