Triangle Service may not have one of the bigger library of shooters but every single one is a little gem waiting to be discovered.  DeltaZeal is a remake of a pre-Triangle Service game by the company founder titled G-Stream G2020, initially getting its second chance at life on the Xbox 360 Shooting Love 10th Anniversary collection and now about to be released for the first time as an easy acquisition in countries that don’t happen to be Japan.  It comes out this Friday, 10/16, either as a single purchase or bundled together with XIIZeal (which is an updated remake of the excellent XII Stag) and soundtracks for each in the Shooting Love Anniversary Edition.  It may look a little dated but there’s a lot of excellent gameplay going on under DeltaZeal’s 32-bit hood.

There are two obvious systems and a third less-obvious one all tied together to make each run of DeltaZeal different.  The power-up system is fueled by a 10-spot gauge at the bottom of the screen, boosting the three potential guns on the ship.  Spread is a wide shot, laser is thin and focused, and missiles home in on enemies, and you can have as many of each as you want so long as you don’t mind neglecting the other two.  Dropped power-ups cycle through red, green, and blue, and the color you grab fills in a spot on the gauge and boosts one of the three weapons.  Getting all ten spots red mans the spread gun is super-powerful at the expense of no laser or missiles, or you can balance the weapons as necessary.  Most enemies drop a gem when destroyed, and catching it starts a chain where the next one is worth more, starting at 10 points and quickly cycling up to 1,000.  Bombs and the special Black Hole weapons convert firepower to gems as well, although they don’t get added to the scoring chain, and a massive burst of enemy firepower converted to 10-point gems feels like self-inflicted highway robbery.

The final system is the one that gives Delta Zeal its longevity, and that’s its hidden paths and challenges.  Level 1, for example, can be very short, and the first time you play you’ll probably reach the boss almost before you’ve started.  Hidden paths and even a mini-boss expand its length, however, if only you can shoot fast and well enough to earn them.  It makes for a shooter where each play has the chance for something new and frequently delivers, leading to easy replayability as you try to chain score gems and extended levels into a hard-won leaderboard spot.  DeltaZeal deserves a far bigger audience than its had access to so far, and with the pending Steam release it should hopefully get the shooting love it deserves. 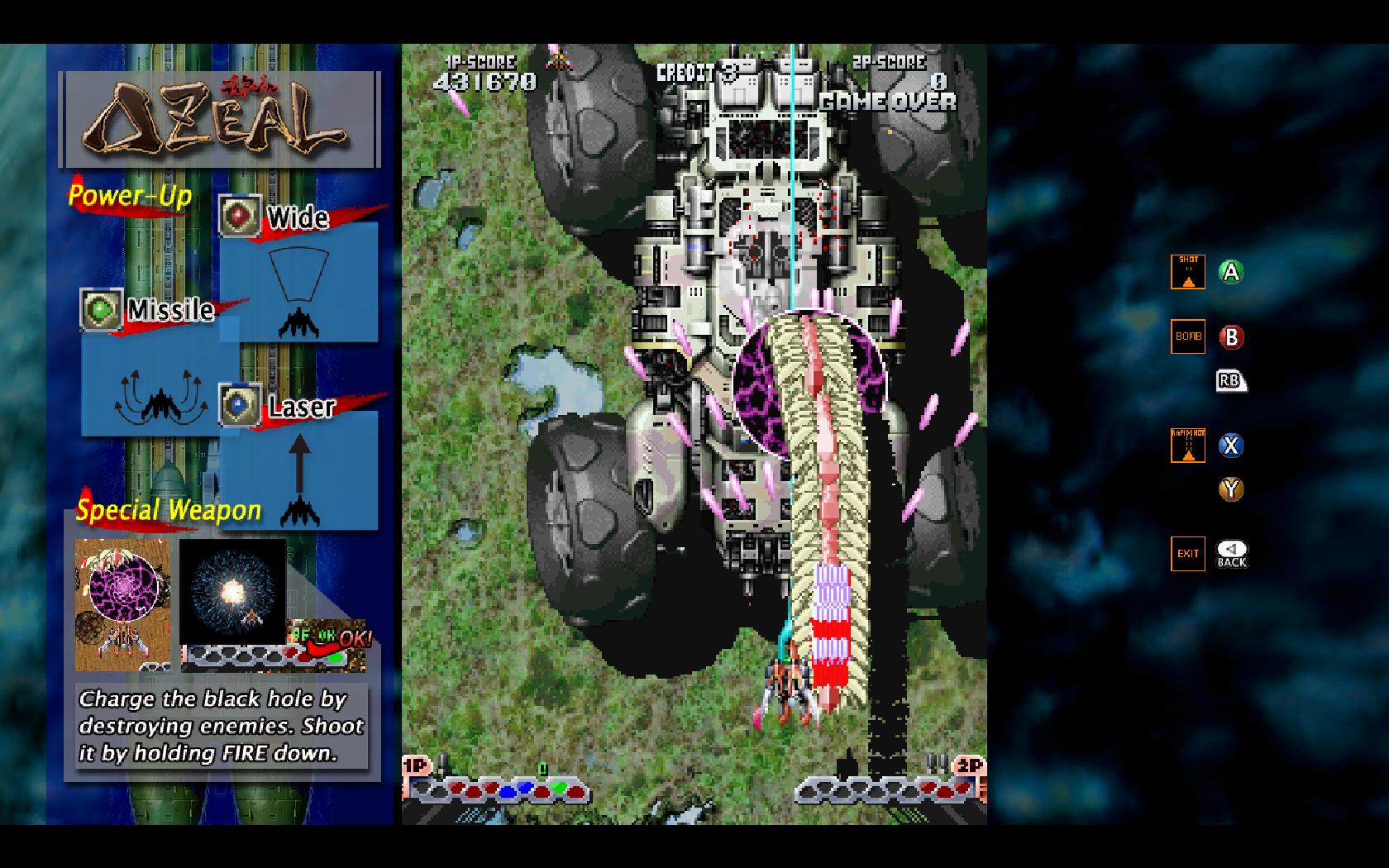