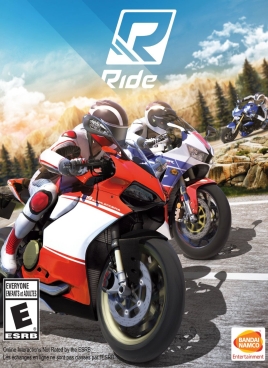 After a lengthy delay, Ride has finally been released throughout North America. Milestone has been crafting motorcycle-based games for many years, with the MotoGP being their stalwarts. Ride takes things in a different direction. While MotoGP was more arcade-centric in tone, Ride is aimed at the sim racing crowd by taking a more serious approach to things. Much like the Forza Motorsport series, however, it’s incredibly user-friendly and nowhere near as intimidating as sim racers used to be, or can still be in the wrong hands.

Handling is the most important part of a racing game. The Gran Turismo games struggled with making it feel realistic for quite some time, while Need For Speed: Shift couldn’t even nail it down with extensive sliders. Forza got it right immediately and then fine-tuned things with a number of player-helping assists to reduce frustration. The meat and potatoes of the single player game is the world tour mode. Here, you can tackle a series of championship cups and be part of a small team. Much like in the GRiD series, this enables you to have a bit of a backup plan in case your performance isn’t up to snuff. If you do well, then a ton of credits will flood your account and you’ll be able to upgrade your rider and bike in many ways.

Like Forza, the campaign mode can become a myriad of menus and races after a while. The key is to mix it up a bit with some racing in that mode, then trying your hand at the exhibition races to build up credits in a risk-free way. Online allows you to amp up your skillset pretty quickly too as you’ll learn little tricks from other players. Luckily, Ride has a gentle learning curve and isn’t overly difficult. There’s a tutorial that teaches you the controls, the racing line, and showcases the braking system. Unlike a lot of games where it’s easy to oversteer thanks to iffy handling right out of the box, Ride‘s handling always feels right even with a lower-powered bike. 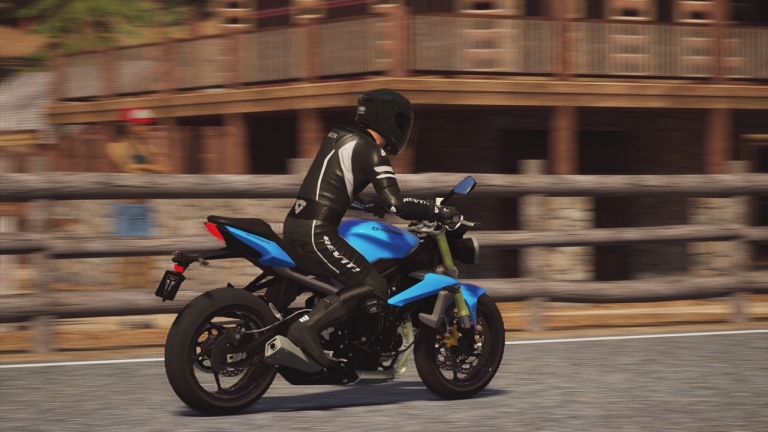 Online play is available and surprisingly robust. You can compete in single races or even do a championship session if you want. Those seeking a shorter series can do a two race series with three laps each, while someone wanting an endurance test can have races reach 15 laps and have an 18 race series on top of that. Online races are pretty smooth and we never had anything more than a minor amount of lag. Racing games are prone to bizarre vehicle skipping during online action, but that never happened here. It looks like some time and care went into optimizing the netcode, and it results in an online game that is nearly as smooth as the offline one. Races are exciting in both forms, and players are generally fair online and don’t just try and push you off the track.

Gameplay-wise, Ride checks all the right boxes. Outside of the core game, things get a little iffy. The loading times are some of the worst in years and easily the longest on current-gen hardware. Even with a digital copy on the PS4 loading off the hard drive, bring up the main menu can take over thirty seconds. Loading between every menu takes about ten seconds unless you’re just tinkering with your rider or vehicle. This problem adds a lot of wasted time to a play session, and if you’re trying to fit one into a narrow window of time, you wind up being short-changed.

Customization options are impressive for both riders and the bikes themselves. While one would logically expect the latter, most games skimp on giving you the chance to tailor your rider’s look. Adjusting your riding suit is fun and surprisingly quite the time sink. Spending twenty or so minutes just getting your rider to match the bike is enjoyable and allows you to make every race seem a bit different even if it is in a small way. Bike customization can be surface-level or you can go in-depth with it. There aren’t any one size fits all upgrade packs like Forza, but fortunately, there are only a few options at a time for your parts — so it is just a simple matter of going for whatever parts you can afford to upgrade and then testing them out in a race. 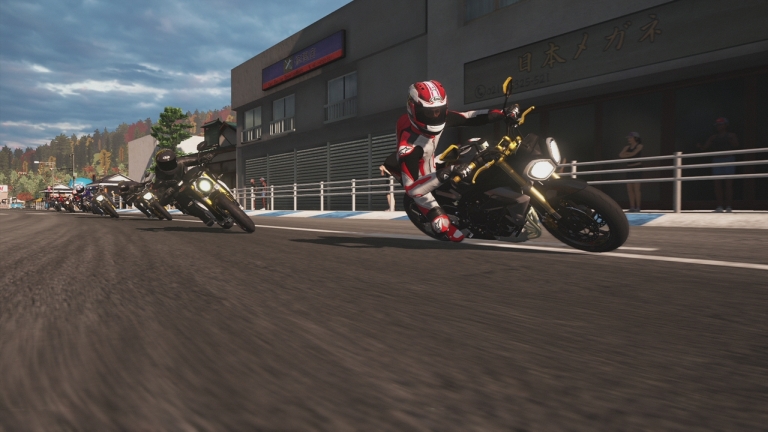 Ride doesn’t really push the boundaries of what the current generation can do. Its bike models look good, but not spectacular. The same goes for the riders, who look fantastic in the suits — but their last-generation roots are shown quite clearly with the helmets off. Flesh has an action figure-esque plastic look to it, and hair appears to be plastered on rather than something that would actually move like hair. Rider animation on the bike looks good though, and the environments have an impressive level of detail that truly shines with the in-game photo mode. Road textures also look okay, but lack much in the way of depth even if there is sometimes the illusion of depth on the track.

Ride‘s soundtrack is full of fast-moving rock that is honestly music you would want to have on your phone to listen to during a long commute or a workout. The soundtrack is one of the rare racing game soundtracks where it’s not only original music, but genuinely good as well. The sound effect work is impressive as well, with engine noises roaring all around you during busy races. The sound mix makes these portions even better as you’ll have the soundtrack blaring while all of this chaos is going on around you. It’s just the right amount of noise to drive up the intensity and never gets old. 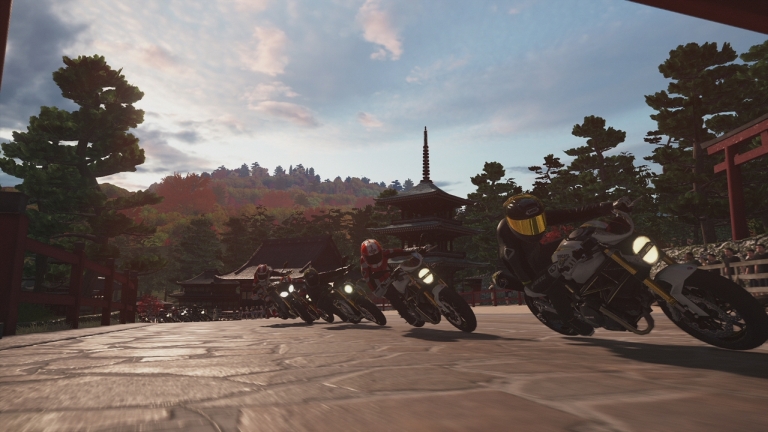 Ride has far more good points than bad. As a motorcycle racer, it’s exciting and manages to stand out in a fairly crowded market. As a sim racing game, it’s accessible and plays like a dream right away. It is hurt quite a bit by horrendous load times on the PS4 and many players on Steam have experienced issues with it — so it might be best to wait a while before buying that version. The PS4 version is solid, though, and worth a purchase for racing fans.