No Matter Studios, founded last year, have announced their maiden venture; Prey for the Gods.

“In Prey for the Gods, you play a lone hero sent to the edge of a dying world to discover the mystery behind a never-ending winter. Arriving with only the clothes on your back, you must survive the colossal dangers that you encounter. To restore balance and reclaim the land from the brink, you will be faced with questions that not even a God knows the answer to.”

A young, female protagonist struggles through the snow, taking shelter in small caves which are decorated with ominous paintings of primitive nature before battling a massive monster.

While all of these elements are fairly interesting, the appearance of the gigantic beast seems to be the crux of the reveal.   The trailer shows the protagonist in battle with said beast; shooting arrows, avoiding massive attacks before actually climbing the beast itself (bringing back flashes of Shadow of the Colossus). The action culminates in the beast capturing the girl before lowering its prey towards its gigantic maw.

A small studio of three people, No Matter Studios have put forward their aspirations to “create colossal moments” with some very compelling media.  It will be interesting to see where this goes.

Prey for the Gods is to be released on PC. 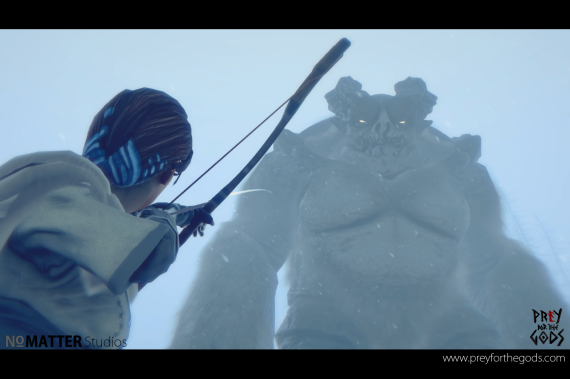 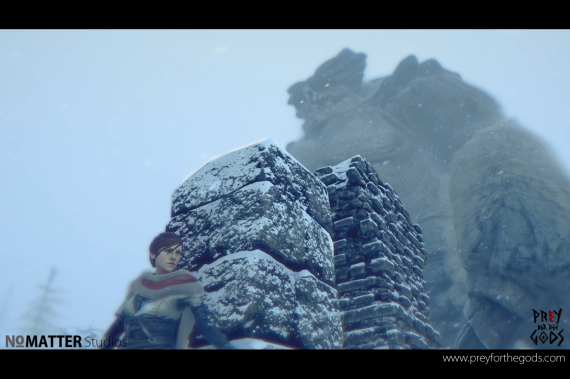 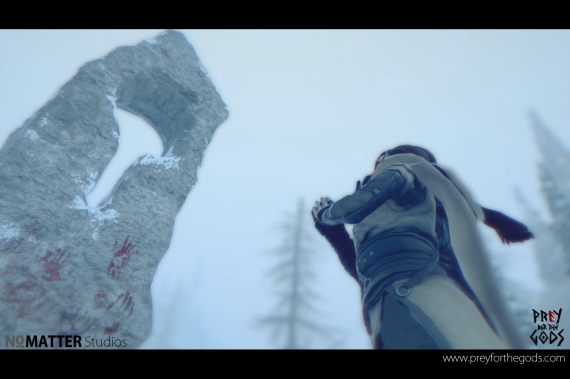 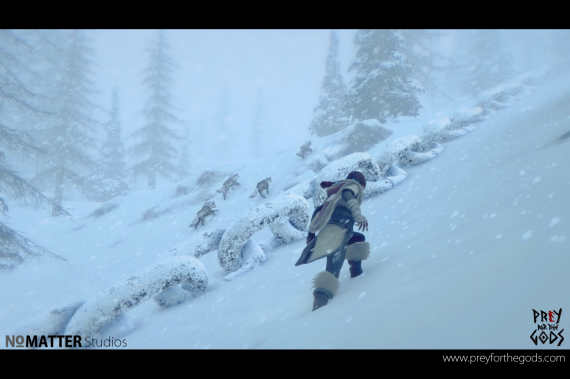 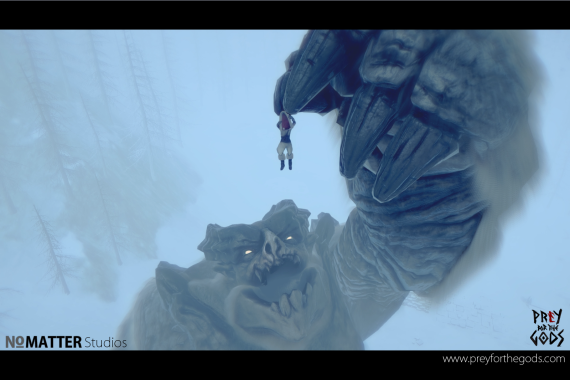 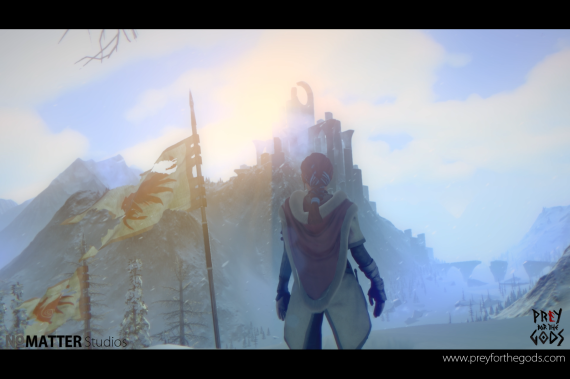 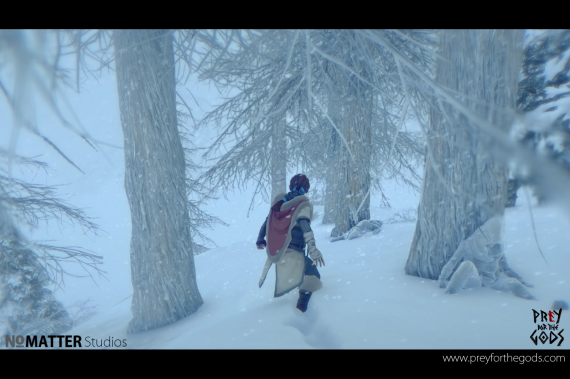 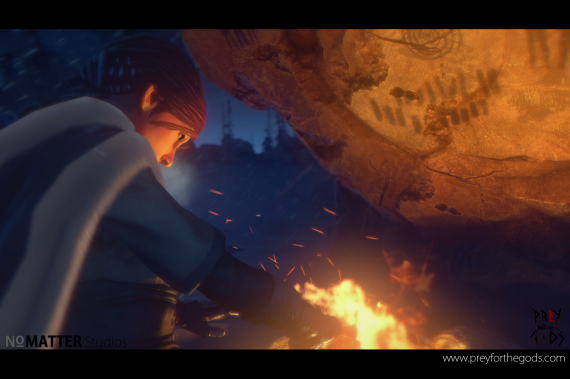 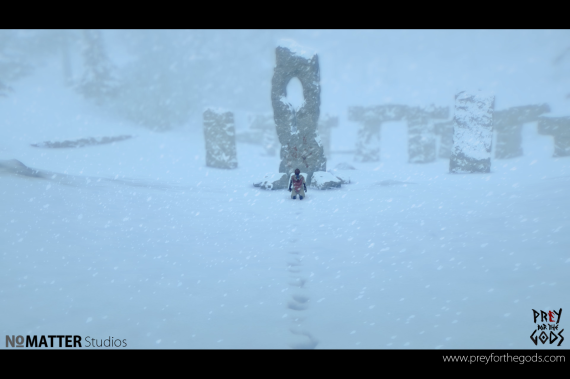 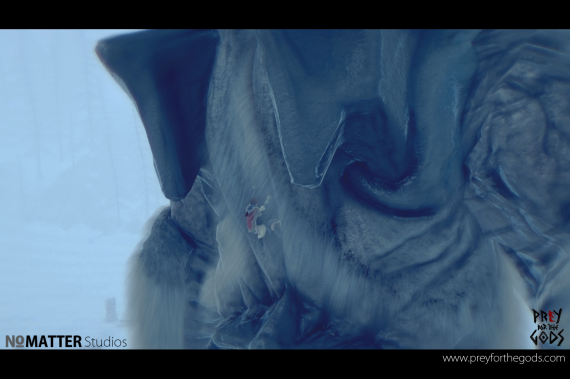