Anyone in touch with contemporary Japanese culture will at least be somewhat familiar with the incredible strength of the Yo-Kai Watch franchise. It’s taken Japan by storm, captivating children and almost single-handedly driving Nintendo’s 3DS sales in the past year. Now, after what felt like decades, Level-5’s golden egg is on its way to North America — but can it replicate its success overseas?

Before we get to answering that, it’s important to note that Yo-Kai Watch wasn’t actually a hit when it first launched in Japan in July 2013. It had its fans, sure, but it wasn’t until the franchise’s accompanying anime series started up in January 2014 that it really began to gain steam. Before long, Yo-Kai Watch fever had spread throughout the country, and soon its manga, merchandise, and games were all hot commodities. Level-5’s follow-up, Yo-Kai Watch 2, hit shelves that same summer, and by the time December rolled around the sequel’s three variations had sold over 5 million units collectively. It took some time, but Yo-Kai Watch is now one of the most prominent and powerful franchises in Japan. 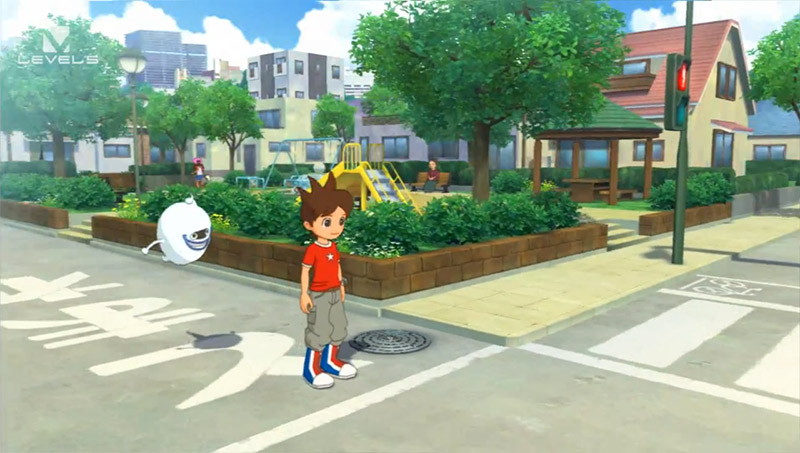 Level-5 has learned from this experience, and changed its approach for the franchise’s North American debut. The Yo-Kai Watch anime has already begun airing on Disney XD, now seven episodes deep (and only growing more wonderful each week),  the first two volumes of the localized manga will be available on November 3, three days before the game itself launches on 3DS, and Hasbro is planning to release its line of Yo-Kai Watch toys in time for the holidays. It’s a shrewd and holistic strategy, and with any luck the creature-collecting franchise will catch the attention of America’s youth the same way it did in Japan. It won’t be quite that simple, however.

Yo-Kai Watch is, at its core, brazenly Japanese, but Nintendo and Level-5 appear to have elegantly localized the game’s first entry for North American players. Both the anime series and game are now set in Springdale, “a suburban town in America”, immediately distancing the franchise from its Japanese roots. The architecture and environment haven’t changed, however, so anyone familiar with urban Japan will immediately recognize many of the game’s sights and sounds. Japanese writing that originally adorned storefronts has been replaced with English, and many characters’ names have been changed to sound more “American”, but there are some elements that simply couldn’t be tweaked for western consumers — most prominently, the Yo-Kai themselves.

According to Nintendo, “Yo-Kai are not ghosts, monsters, or creatures”, but simply ‘Yo-Kai’. Now, as novel as this may sound, Yo-Kai, or rather yōkai, are actually mysterious, supernatural monsters found throughout Japanese folklore. They assume many shapes and sizes, often resembling animals, humans, or even inanimate objects, and the designs in Yo-Kai Watch often draw direct inspiration from these ancient cultural icons. While it’s still too early to tell for sure, what we’ve seen thus far suggests that most of the game’s monsters have been brought west unaltered, which means they’re still dressed in their traditional Japanese garb, or styled after common Japanese items. This shouldn’t cause any problems with accessibility or appeal; Level-5’s Yo-Kai are all colorful, eccentric, and playfully designed, and because they’re so unique and memorable, I can foresee many players young and old becoming fascinated with the game’s roster of monsters without questioning their origins. 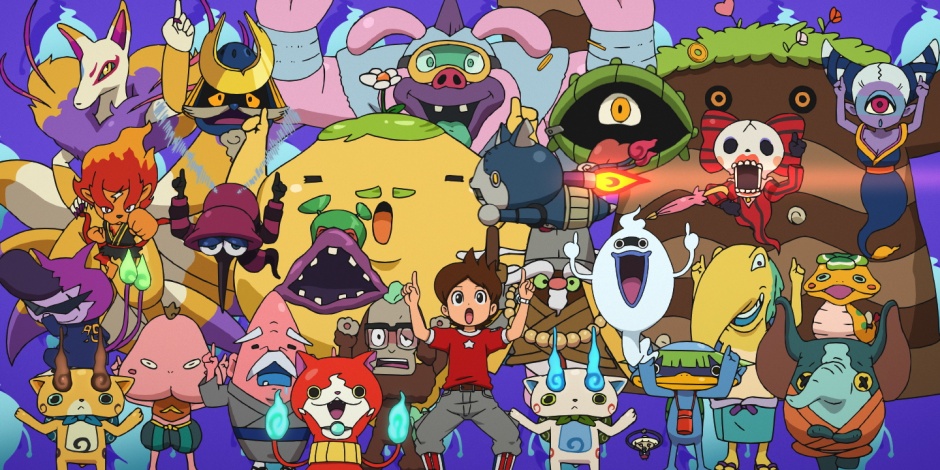 Yo-Kai Watch‘s focus on creature collecting might make it sound a lot like Pokemon, but the series is actually vastly different from Game Freak’s perpetually popular franchise. Aside from the Yo-Kai themselves, which are much more zany and diverse than the bloated Pokedex, Yo-Kai Watch’s setting is its biggest departure. Unlike Pokemon, it’s set in the real world, inviting players to explore familiar areas through an exciting new lens, thus inspiring wonder in daily life and mystery in the familiar. When creating Yo-Kai Watch, Level 5 set out to address and adapt the “situations confronting kids in their daily lives”. The designers built the game around the world of children, making Yo-Kai Watch immediately familiar to younger players and nostalgically charming for those of us who may have left childhood behind a little too soon. Most of the game’s scenarios will likely resonate just as much with American players as they did with their Japanese peers, and with a little localization magic Yo-Kai Watch should endear itself to its new audience quite quickly.

With mainline Pokemon games taking a year off after the back-to-back releases of X & Y and Omega Ruby & Alpha Sapphire, Yo-Kai Watch has a perfect stage to make a name for itself this holiday season. Its success will be decided by the quality of its localization, but if Level-5’s previous partnerships with Nintendo are any indication, the game’s North American 3DS debut should be loaded with wit, charm, and lustrous polish. You may not have heard much about Yo-Kai Watch just yet, but it could very likely be this holiday season’s must-have game. Look for it on November 6, and download the free demo on the 3DS eShop on October 22.