Uncharted 4 has been going through a lot of changes since Amy Hennig’s departure from the company. First we saw a large delay of its release from Fall of 2015 to March of 2016, with co-director Neil Druckmann commenting that the decision was made in order to make sure the team nailed the ending. Fans of the beloved PlayStation series were okay with this delay if it meant that it will be that much better when it finally does release, but recent news has shed some weary light on the title and its various changes throughout its production. Could this spell potential disaster for the final entry in Nathan Drake’s globe trotting adventure?

Uncharted 4: A Thief’s End premiered its first real look at its gameplay footage at E3 2015 and no one can deny how beautiful it looked as it played on the PS4; the mud animations alone was enough to make fans go wild. The action in its full gameplay trailer that was released a few weeks after the E3 gameplay footage revealed a teaser of the story and blockbuster set pieces that delivered fans a quite hearty appetizer that will hold them over for a few months until we get closer to March. Everything seemed to be going in Naughty Dog’s favor until a recent reveal from a certain Firefly actor has set a few of their fans on edge.

“I worked on Uncharted, the one that has yet to come out – I was doing a role on that, ” said Alan Tudyk during an interview to explain his departure from the acclaimed action/adventure franchise. “Really, I hadn’t seen [Nolan] since he and I had recorded years before, I liked it… they… ummm… they fired… ummm… [lets out a massive sigh] I left, I quit! [laughs] So, I didn’t like it. I mean, I left because they decided to go a different way with it and so when they did that, when they changed leadership, it made my contract null and void and I was able to take that opportunity to walk away which was great because I got the experience of doing it, I made some friends – not with Naughty Dog – but I made some friends with the people that left.” It seems as though the actor did not only have issues with the leadership change and new story direction that Neil Druckmann and Bruce Starley quickly changed shortly after becoming Co-Directors, but Tudyk has also developed a sour taste of the studio in general.

It’s hard to read into the context of what he specifically meant about his comment of, “I made some friends – not with Naughty Dog – but I made some friends with the people that left,” after the Druckmann and Starley take over. Hennig had also left the company due to Druckmann and Starley, as she claims that The Last of Us creative directors forced her out and as soon as she departed from the studio, the two of them quickly took over and went to work on rewriting the entire project. Although Naughty Dog co-presidents deny this accusation, another group of people who were also working hard on the project have spoken out about getting up and leaving shorty after the take over. With this many people walking away from project after The Last of Us team entered the scene, is more than a little worrying and is starting to make us question just what the hell is going on at Naughty Dog? 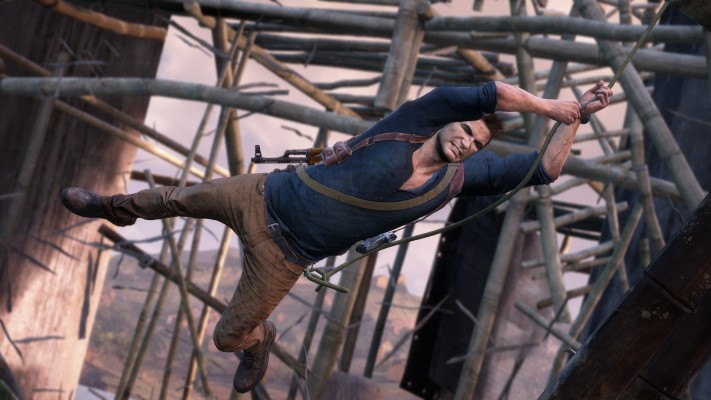 Another troubling reveal is the following comment made by Tudyk “Todd Stashwick was in that as well who is in Con Man and he did the same thing I did which was ‘yeah we’re gonna leave now. Y’all are making some weird changes, we’re gonna leave’. Sorry Nolan, we left you, we just walked away, we abandoned him.” Although Nolan North has not come out directly and said anything trouble about his work on the final installment, it is unknown if he has kept quite due to contract clauses that prevent him from doing so. Maybe he is just remaining silent out of professional courtesy, or maybe he just feels that there is nothing wrong with the game and chooses not to make a comment on all the changes involving the studio and the game’s production because there is simply nothing to say.

Whatever the issues at Naughty Dog surrounding the creative differences between The Last of Us co-directors and Alan Tudyk and gang, one thing is sure: that as far as what we have seen from E3 2015, Uncharted 4 is looking good. Although not much is known about the story besides Drake’s older brother Sam, who he assumed to be dead, comes crashing into his dull average life with promise of danger and adventure after revealing that he must find a legendary pirate artifact because his life depends on. The two then head to Libertaria, a mythical pirate colony in Madagascar where they encounter our villain rivals, Rafe and Nadine, who are trying to find the treasure as well. Oh yeah, we almost forgot, we also know that Elena is really, really, mad at Drake for lying to her and going off on another adventure. So far with the premise mixed with the gameplay we’ve seen, everything seems well for Uncharted 4. The only thing we can think of that could make Tudyk and Stashwick question the co-director’s “weird changes” is the sudden reappearance of Drake’s estranged brother and his motives for returning now after all this time to let his brother know he’s in fact, not dead. Let’s just hope there isn’t some weird love triangle between Drake, his brother, and Elena during our last outing with Drake; that would be a strange daytime soap opera turn of events involving Drake and Elena’s relationship and no one wants to deal with that.