Cave has spent years building up its reputation with shooter fans.  Starting way back in 1995 with DonPachi and releasing one excellent arcade game after another over the course of 20 years, Cave has consistently refined its style and dominated the shooter genre.  The announcement back on August 31 that, for the first time ever, work was being done on a PC port was a huge surprise, and the mid-September reveal that it would be Mushihimesama was nothing but good news.  We got to have a word with a super-helpful Degica representative and Cave’s Dai Ogura-san about the pending release, and they shared with us the efforts being put in to bringing Cave’s library to the world.

[Hardcore Gamer] Cave has a rich history filled with classic shooters. How will you be deciding which ones to release?  And will the initial releases be focusing on Cave’s later years, or can we expect a few of their early classics to be considered? (Dangun Feveron!)

[Degica] When choosing which games to localize, we consider a number of factors. We look at the overall popularity of the game with players first. We look for games that players really want, to see if there is an audience of players who’d be excited for those games. The current availability of the game is also a factor. Games which are difficult to obtain, rare, expensive, or region locked make a lot of sense to bring to Steam, so that more players can both find and afford these games. We have an opportunity on Steam to make more obscure games accessible. Finally, we also factor in the original platform and the cost/difficulty of creating a good PC version. Older games are much more difficult to localize than relatively new X360 games, because of the greater differences in hardware and game code. Games in lower resolution typically need to be re-drawn from scratch, and the code itself would be more difficult to update too. It’s tougher to make a case for older games that would require a complete overhaul.

Cave’s games usually have DLC in the form of modes like Black Label on the consoles. Will all versions of the games be included with the initial release, or will certain aspects or modes be DLC on PC as well?

Mushihimesama does not have a “Black Label” mode, but we’ll be releasing the 1.5 “Matsuri” mode, which is pretty equivalent. 1.5 Mode will be an optional DLC, in addition to the Mushihimesama original soundtrack. Mushihimesama has had several different soundtracks and arrangements composed for the different game modes, so it’s possible that we’ll release other versions of the soundtrack later on. 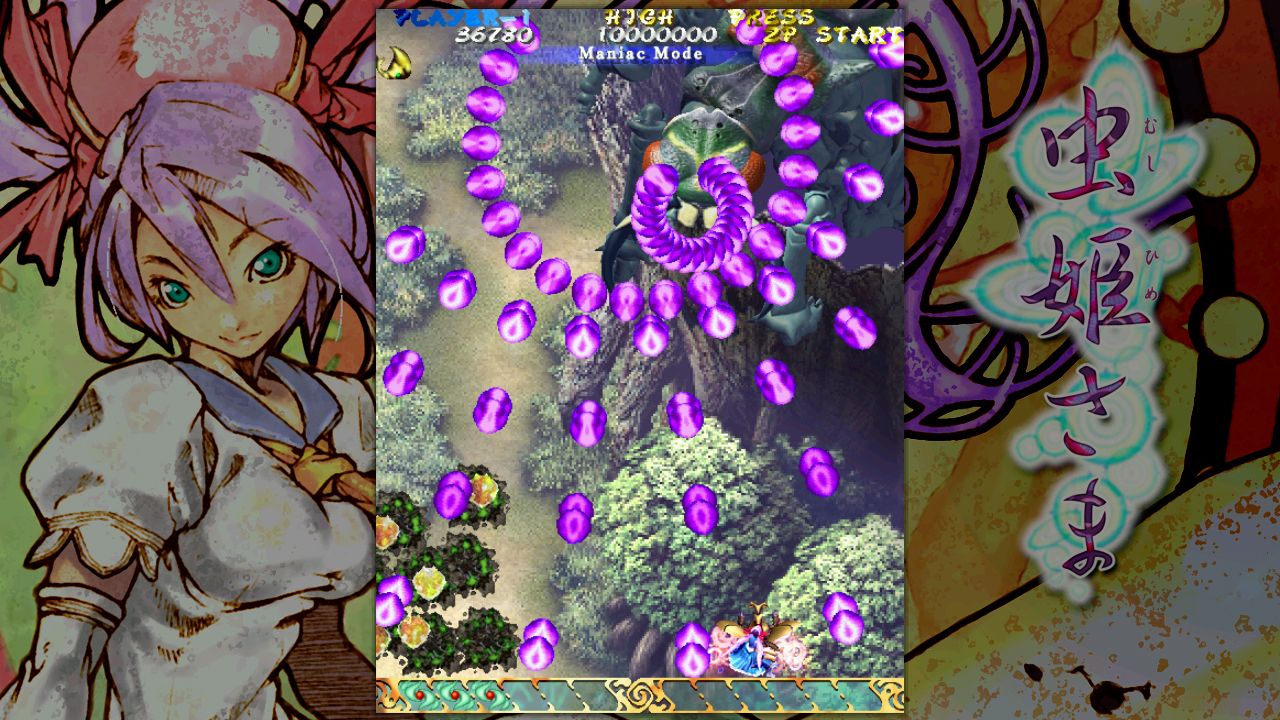 Dreaming a bit for the future, if these do well enough, is there any chance of Cave making new shooters?

I’ve heard some rumors about this from CAVE. Nothing concrete to announce yet, but I’m optimistic!

While Steam is the initial distribution site, are there any plans to work with the Humble Store or GOG?

When we release games, we try to get them on a variety of stores so that players can purchase them on their preferred platform.

Do you have any idea how many rotating monitors Cave’s games are going to move?

I hope it will be a large number! Playing in tate mode is a lot of fun, so be sure to try it if your monitor can rotate. 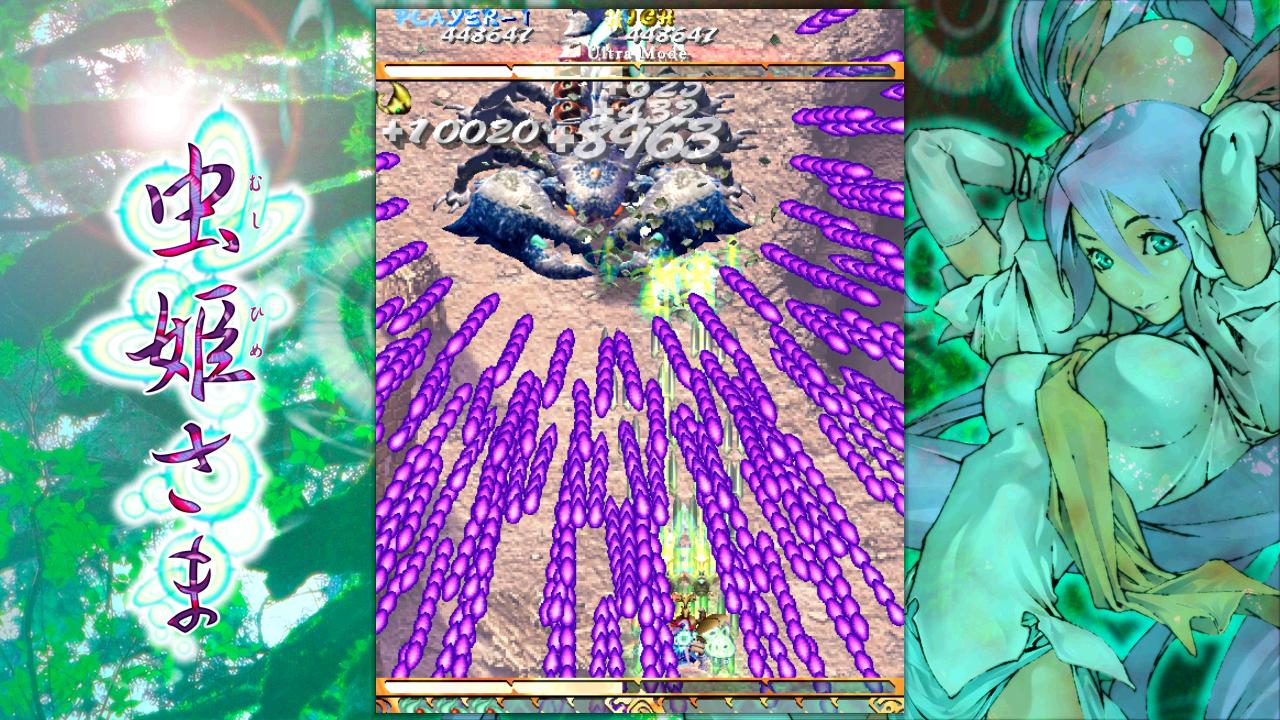 Degica has worked with several developers to bring their games to PC. Any plans on G.Rev or Milestone? Border Down could use a new home.

Degica is filled with shmup fans, so we’re always looking for more shmups that would be exciting for players. We’d love to work with G.Rev on a future project. If a collaboration did happen though, it would probably be some time from now, as we have a lot of projects going currently.

[Hardcore Gamer] Cave has a long history of console and arcade gaming, with a switch in recent years to mobile. Can you tell me how the PC ports came about?  While many developers seem to struggle with PC releases, the shooter community usually handles it pretty well. Can you say how Cave is gearing up for the change in platform?

[Dai Ogura-san] We’ve been planning for the Steam version for over a year, but getting resources for it, finding a publisher and customizing for Steam took until now.
There is no real influence from the mobile version [on the PC version].
Technically, we still manage a PC MMORPG, and staff that both had experience with PC technology, and staff who had handled the Xbox 360 port were simultaneously available.
We had heard internally that CAVE shooting titles were popular overseas. Seeing the response of the fans to the announcement of Mushihimesama’s release on Facebook, we saw the need for that release was real. Since we have not recently released games on console, there was no binding contract preventing this version. 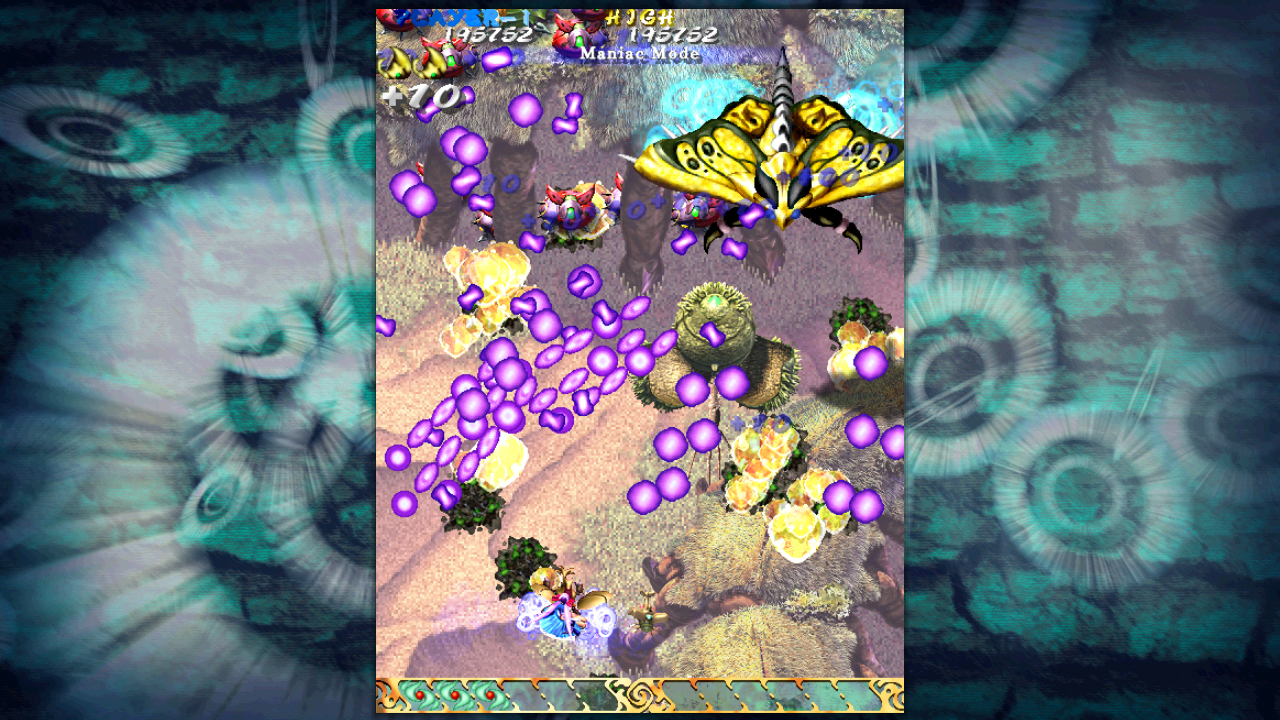 Fans tend to have passionate opinions about details like arcade-accurate slowdown and other small but important changes that can creep into a port. How does Cave handle keeping the new versions in line with the originals?

There has been speculation based on the Facebook post that Cave will be running crowdfunding to finance other PC and PS4 ports. Can you say how this ties into the current work on Mushihimesama and other potential ports? Would these be separate from the work with Degica or helping to finance those games?

Crowdfunding is indeed a choice that merits consideration, and cannot be ignored nowadays, but it is just one of many choices. The sales of this first title, Mushihimesama, will be important in determining if and what we plan on for the future. If we cannot expect the support of a good number of fans, nothing is really worth considering.

Shooter fans have typically had to import to get all of Cave’s output. How different is it to have one release that can serve all fans equally worldwide, so long as they’ve got the hardware to run it?

To release on consumer hardware, it was necessary to support different video formats (PAL, NTSC), and to go through the rating process for each region. These were walls too high for us to overcome. Now with the support of Degica, we will actively promote our titles worldwide, and we hope that the Steam release will make every fan happy.

Not a question, but a statement- Good luck with the new direction, and I’m really looking forward to seeing as many of your games as possible (including anything new) reach their new home. 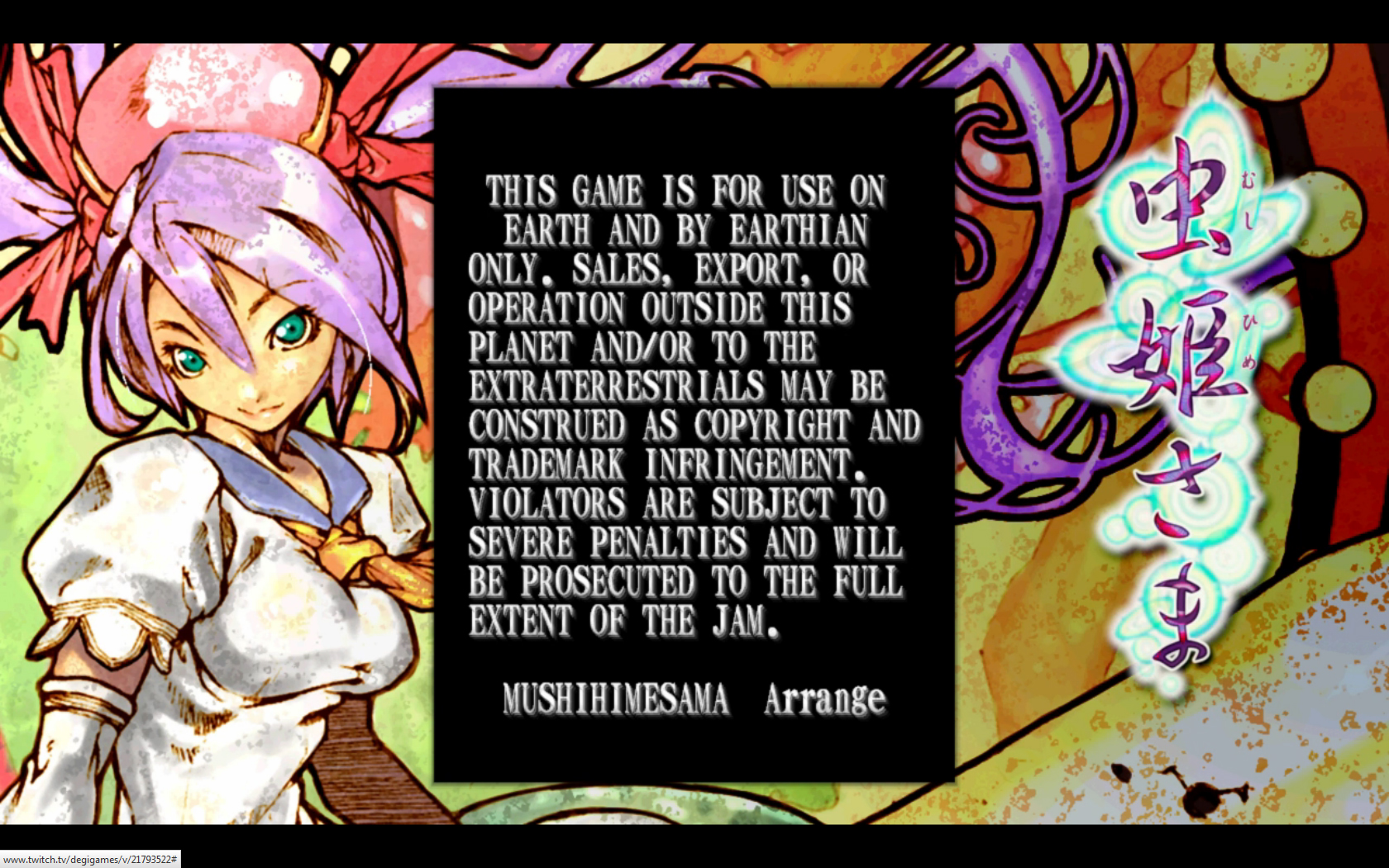