Next month’s Xbox Live Games with Gold have just been announced, and following recent speculation, it’s been confirmed that Pneuma: Breath of Life will indeed be one of the four games offered, available on Xbox One — DiRT 3, too confirmed, available on Xbox 360. Alongside THQ’s rally-based driving game, Dungeon Siege III will be free to download starting November 15 and will run until the month’s end. On the same date, players will be able to get their hands on Knight Squad for Xbox One all the way up to December 15. 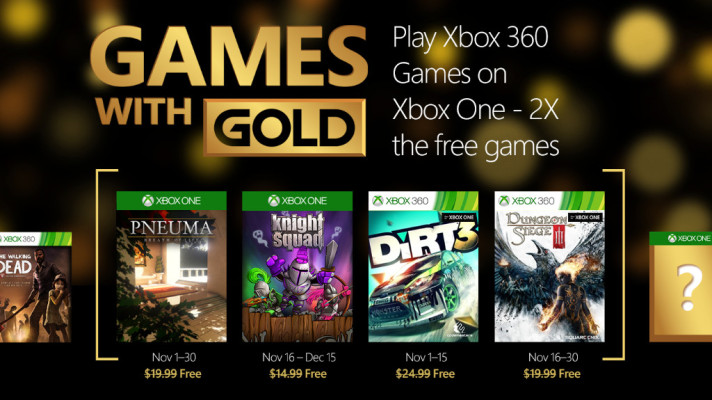 On top of that, Microsoft have also announced that starting November 12 — to tie in with the release of Xbox One’s new backwards compatibility feature — players will be able to download all four Games with Gold titles for Xbox One and are fully playable on Microsoft’s current-generation console.